HTC has just announced its new top-of-the-range U11, a phone with a rather interesting twist – or should we say, squeeze. Its selling point is its unique sensors, which you physically squeeze to do things such as take photos or launch Google Assistant.

The 64GB U11 will cost £679 to buy Sim-free when it hits shelves. HTC is aiming for it to be available for sale at the beginning of June.

It has a palm-stretching 5.5-inch quad-HD display, so it should bring apps and videos to life while you’re browsing away. That said, it’s a wide handset – so you’ll probably need two hands to use the U11 comfortably, or you might find yourself squeezing it a little prematurely by accident.

You’ll have five colours to choose from. There’s the standard Brilliant Black, Ice White and Sapphire Blue, which we’ve seen on previous HTCs. But with the U11, HTC is introducing Amazing Silver and Solar Red. HTC says that Solar Red was inspired by the colours of the sunset so, depending on the angle that you’re looking at the rear of the phone, it looks either red or golden.

Keep reading to discover more about HTC, its squeeziness and other features.

Want to know the best smartphone you can buy right now? Head to our mobile phone reviews for the answer.

Squeezing the HTC U11 – what’s the point? 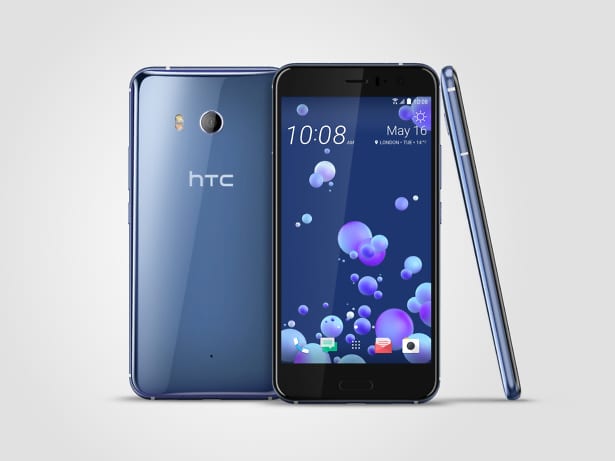 HTC claims that squeezing is a very natural action. The squeeze sensors are on the sides on the bottom half of the U11. The theory is that you can squeeze the phone to take photos, launch Google Assistant (instead of saying ‘OK Google’), trigger system settings, and a whole host of other functions. HTC says that it will be releasing an app soon after the U11’s launch that lets you configure any app for a squeeze command.

There are two squeeze modes – a quick squeeze, and a squeeze-and-hold. And as it’s a physical squeeze rather than a touchscreen action, you should be able to quickly launch the phone’s camera and take a photo even when you’re wearing gloves. 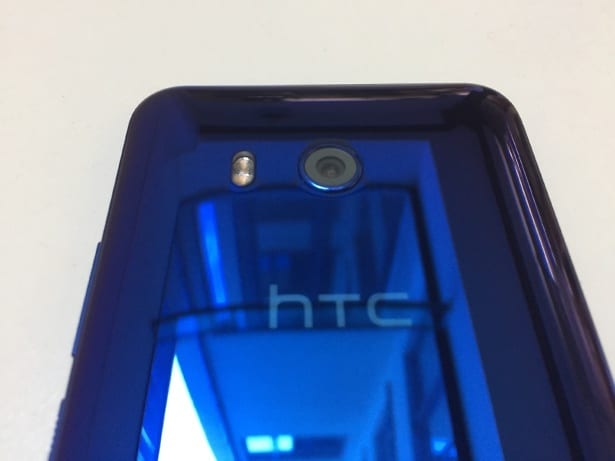 You should expect brilliant colours and detail from the U11’s cameras, according to HTC.

There’s a 12Mp snapper on the back, with an aperture of f/1.7. With aperture, the smaller the number, the more light is let in. Sensors that let more light in should capture more detail in low light. F/1.7 is quite small, so we’re hoping that the U11 will take brilliant snaps, even when in challenging low-light conditions.

HTC has also added optical image stabilisation (OIS) to the U11’s rear camera, which means it should take steady images even while you’re on the move.

The front camera is 16Mp, and comes with similar claims of terrific low-light performance. It has a wide-angle lens, and HTC says it can take front-facing shots covering 150 degrees – which should be useful for those large-group selfies.

What else has HTC squeezed under the U11’s hood? 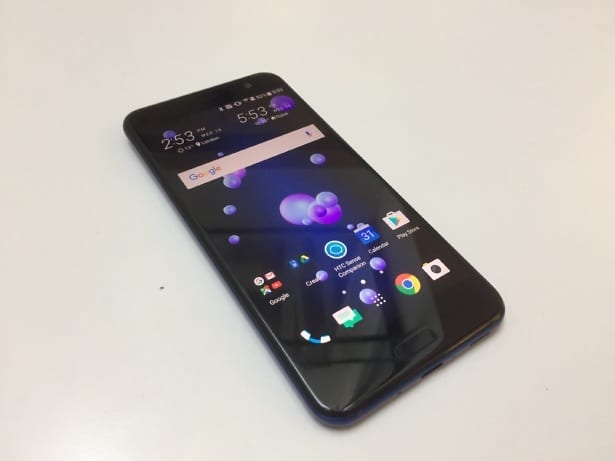 The HTC U11 is powered by the latest Qualcomm 835 Snapdragon processor. This means it should be lightning-quick at dealing with everyday tasks, and should run the latest apps and graphic-intense games with very minimal fuss – as you’d hope and expect from a phone this expensive.

It has a 3,000mAh battery, which is the same size as the Samsung Galaxy S8’s. However, it’s tricky to predict real battery life based purely on battery size, as it depends on a range of other factors too – such as processor efficiency.

There’s no traditional headphone socket. Instead, you connect headphones through the USB-C port. HTC provides an adaptor in the U11’s box, so you can still listen to music through your own headphones.

The HTC U11 will support both Google Assistant and Amazon Alexa. HTC says it’s the first device in the world to integrate multiple always-on listening assistants side-by-side.

Early buyers of the U11 might notice that Alexa isn’t present. But don’t worry: she’ll just be arriving late to the party rather than not showing up at all. Alexa should appear in the Google Play Store in July this year.

We’ll be interested to find out whether the co-existence of two voice assistants will reap any real-life benefits.

Coronavirus scams – how to spot them and stop them

How to make the most of Alexa during lockdown

How to make the most of Google Assistant during the lockdown