The Amazon Echo is a hit in the UK and the US, but Amazon isn’t resting on its laurels. It has unveiled the new Amazon Echo Show, which it hopes will keep it ahead of Google in the smart hub arms race.

The Echo Show was leaked late last week with an image on Twitter, which has now been confirmed to be the real deal. With a seven-inch touchscreen and a front-facing camera, the Echo Show does everything the original Echo can do and more.

It’s due out in the US on 28 June for $229.99 (around £175) and can be pre-ordered from Amazon’s website. There’s no word from Amazon about when we can expect to get hold of the Show in the UK, but hopefully it won’t take as long as the original Echo – it didn’t arrive in the UK until 15 months after its US release.

What’s new about the Echo Show, how will it make use of that seven-inch screen and should you wait for it if you’re planning to buy an Amazon Echo? Let’s find out. 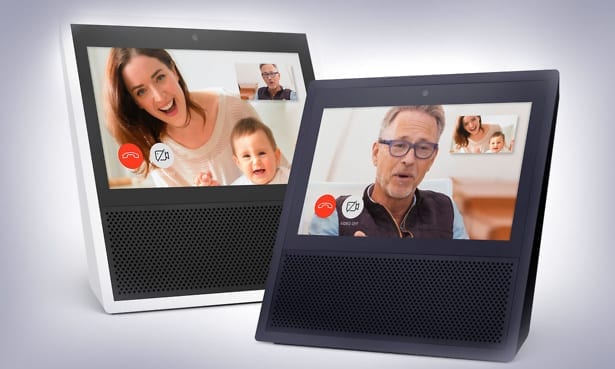 It’s hard to miss the headline feature of the Echo Show. The touchscreen can be used for video calls, playing YouTube videos and displaying information based on your requests. For example, if you ask Alexa to play something from Spotify, you’ll be able to see what’s playing as well as other songs in your queue, or if you add something to your shopping basket the screen will display what you’re ordering.

It also displays feeds from wireless security cameras, which the original Echo can’t do – one of our main criticisms of it.

When you’re not using the Show’s screen it will display the next appointment in your calendar and it can also tell you who might be up for a chat with the ‘Drop in’ feature. You can give your friends and family access and it will display whether they were recently using their own Echo Shows. You can then issue the command ‘Drop in on…’ to initiate a call.

You don’t need an Echo Show to start a video call either. As long as you have the Alexa app on your phone you can make and receive calls to and from an Echo Show. No other video call apps work yet, but it’s possible it may be updated to work with Skype or Google Duo in the future.

The Alexa assistant built into the new hub is the same across all the Echos, so the voice commands you’re used to will still work.

The front-facing camera is five megapixels and the angle of the device tells us that you probably won’t be able to use this as a wireless security camera.

Is it worth waiting for? 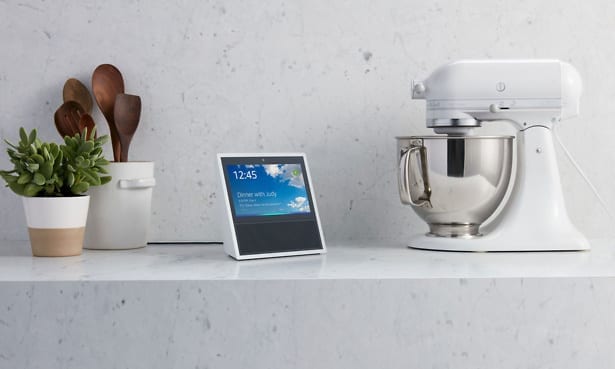 If you’re in the market for a voice-controlled smart hub and you think you would make use of the screen you should probably wait for it. The ability to monitor wireless camera feeds is an essential component of smart hubs and the original Echo can’t do it.

The screen increases the device’s versatility significantly. Its ability to play YouTube, Amazon Video and presumably Netflix videos make it a viable second screen in your living room, not unlike a tablet. There’s also the possibility that Amazon will port its Kindle Fire app store onto the Echo Show, which would make even better use of the touchscreen.

As soon as the device releases in the UK we’ll run it through our smart hub and wireless speaker tests so you know how well it controls your smart home and how good your music will sound on it.

Read our analysis story on the future of Amazon for more on the tech giant.