Claims that Apple will include a pair of its wireless Airpod headphones in the box with the iPhone 8 have been circulating online in recent weeks. The Airpods, released last December, are specifically designed to integrate with iPhones.

Apple is expected to launch the next incarnation of its iPhone in September. As usual, speculation is rife around possible new features, but one rumour, based on an investment analysis by bank JP Morgan, suggests that Apple could be preparing to raise prices for the iPhone range while including the headphones to sweeten the deal.

The claims should be taken with a pinch of salt – online commentators have cast doubt on the logic behind Apple trying to shift millions of extra pairs of Airpods when there are already six-week waiting times for customers who want to buy one.

The report also predicts that Apple will release upgraded versions of the iPhone 7 and 7 Plus, named the 7s and 7s Plus, alongside an all-new model that will be called the iPhone 8.

Read our review of the Airpods to see what we thought of them when we tested them in the lab.

What are the Airpods?

The Airpods are Apple’s first official wireless headphones. They were announced alongside the iPhone 7 last year, which famously ditched the 3.5mm headphone socket, leaving users the choice between connecting via the Lightning port or going wireless.

Supply issues meant that the Airpods weren’t actually released until three months after the iPhone 7, but they are designed to work together. The headphones are touch sensitive – a double tap on an ear bud will activate the Siri voice assistant on the phone, allowing you to control your phone without it ever leaving your pocket. 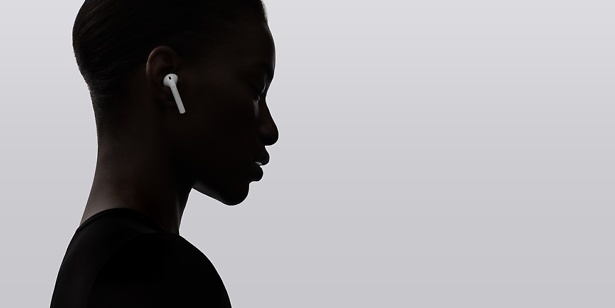 Initially, the Airpods were the subject of some mockery due to their unusual design – the two ear buds aren’t connected by any kind of cable at all, meaning they dangle oddly out of the ears. Other criticisms were directed at their short battery life. The ear buds will only last for three hours on their own, but they do come supplied with a case that doubles as a charger.

Despite these doubts, the Airpods have sold well and early adopters seem to be impressed. A recent survey by Creative Strategies, a US market research firm, suggests that initial satisfaction levels are even higher for the Airpods than they were for other major Apple products, such as the iPhone, iPad and Apple Watch.

Other options for iPhone 7 users

IPhone 7 owners aren’t able to use standard wired headphones without a Lightning cable adaptor (supplied with the phone). Features such as in-line microphones and volume controls should still work through the adaptor if they were compatible with older iPhone models.

A small minority of headphones are designed to use the Lightning port on the iPhone. As the Lightning connection is capable of transferring power to the headphones, these models can include features such as noise cancelling without the need for a battery.

If you’re looking for some headphones to pair with your iPhone, we’ve rounded up our top picks in our iPhone headphones advice guide.