Apple’s update to its AirPlay streaming platform is on the way, with audio brands including Bose and Bang & Olufsen signed up ready to support the new version.

Announced at Apple’s annual WWDC (Worldwide Developers Conference) event, AirPlay 2 will come bundled with the upcoming iOS 11 update later this year. So what can we expect from this latest version, and how will it transform the way you listen to your favourite music? Keep scrolling for the details.

What is Apple AirPlay 2?

It’s the follow-up to the original Apple AirPlay – a wireless streaming system introduced back in 2010. This latest iteration adds a number of key features, including multi-room streaming support.

With Apple AirPlay 2, you’ll be able to control multiple third-party speakers right from your iPhone or iPad – a feature that was originally available only on MacBooks. Speaker controls will be accessible through Control Center, the Home app and Siri. Apple notes that AirPlay 2 may require a software update to existing speakers or new hardware, depending on the speaker manufacturer. 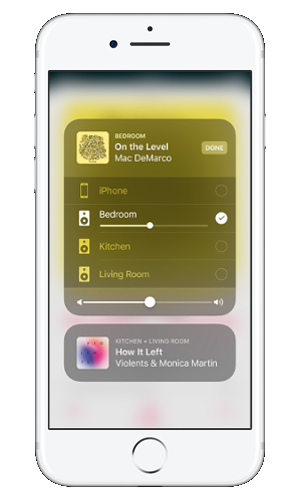 Also included is the ability to create and manage a shared music playlist, which multiple users can contribute to as long as they’re on the same wi-fi network. It’s the sort of feature we could see coming in handy at a summer BBQ, letting guests throw their own favourite tracks into the mix by tapping ‘Up Next’.

AirPlay will be merging with Apple HomeKit, which already has plenty of tricks up its sleeve. You can use it to wirelessly control lights, plugs and smart thermostats, and the list of compatible third-party products continues to grow. Once AirPlay 2 drops, you’ll be able to interact with a range of speakers from different brands, from within the app. See how we rated the system in our full Apple HomeKit review.

Which Apple devices will be supported?

Lots of them. Every iPhone released after (and including) the iPhone 5s will support AirPlay 2, as will iPads dating back to the iPad Mini 2. iPod Touch users are in luck, too, as the sixth-generation model will be able to control multiple wireless speakers when the update arrives.

Various audio companies are set to support the new version of AirPlay. The full list includes Bang & Olufsen, Beats, Bose, Bowers & Wilkins and Libratone – we’ve tested speakers from all these brands in our lab.

Libratone has confirmed its plans online, saying that the ZIPP and ZIPP Mini (below) will be patched in the future. Right now, you can pick up the Libratone ZIPP for around £250. It’s a wireless Bluetooth speaker with 360-degree sound. It’s also splashproof, which means it will survive a day at the beach.

We’ve put it though our tough lab tests, so take a look at our Libratone ZIPP review to see how it fared. We’ve also tested its smaller sibling, the ZIPP Mini, which has touch controls for easy song skipping and a useful carry handle. Our Libratone ZIPP Mini review has more details. 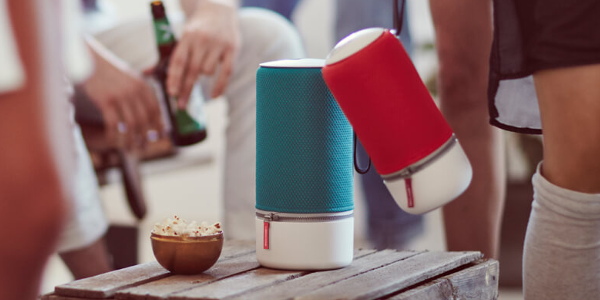 The best wireless and Bluetooth speakers

Every wireless and Bluetooth speaker we test is put in front of our expert listening panel, who judge the product based on sound quality across popular genres including jazz, pop and rock. The best speakers we’ve tested offer crystal-clear sound and booming bass, and many of them are small enough to tuck into a backpack. Meanwhile, our Don’t Buy wireless and Bluetooth speakers are let down by tinny sound and poor battery life.

To see which speakers we recommend, head over to our wireless and Bluetooth speaker reviews. If you’re a buyer on a budget, take a look at our advice on the best speakers under £100. Our tests prove you don’t have to spend a lot to land yourself a Best Buy.