Apple has released a new Siri-enabled speaker to compete with the Amazon Echo. It’s called the HomePod and Apple thinks it will reinvent home music.

Siri was a big focus at the conference. It’s getting more features with the iOS 11 (operating system) update and it’s getting its very own speaker – the HomePod. But is the £270 device good enough to topple the Amazon Echo and Google Home?

What we learned about the Siri speaker at WWDC 2017

Apple wants to ‘re-invent home music’ with its new ‘breakthrough home speaker’. After being quiet in this market up until now, Apple finally unveiled the HomePod at its Worldwide Developer Conference keynote event.

The squat cylinder has a minimalist mesh design with a gloss top and it’s available in white and space grey. It will set you back $349 if you buy it in the US, or £270 when it is available in the UK in December. Notable features and specifications include:

There were rumours that Apple’s smart speaker could be more like the Amazon Echo Look and incorporate video calls but the HomePod doesn’t have a camera or screen. It doesn’t double as a wireless security camera either as some thought it would – Apple doesn’t currently do its own and doesn’t have a vested interest in a company that does, like Google has with Nest. 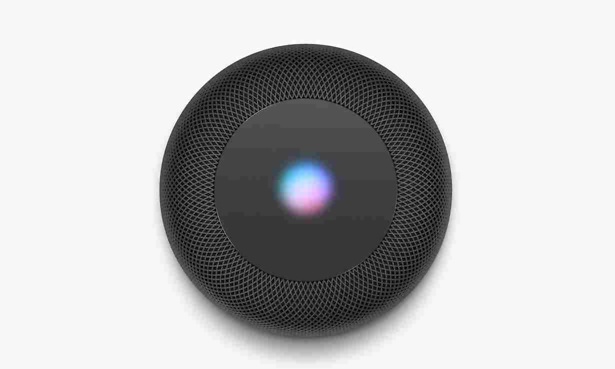 Apple is known for its ecosystem – its catalogue of products, which includes the iPhone, MacBook, iPad and Apple TV, working harmoniously. A voice-controlled assistant slots into that neatly, giving you greater control of each piece of your Apple jigsaw. Apple loves to keep users in its walled garden and the unveiling of the Siri speaker could lead to a lack of support for the Echo and Google Home in an attempt to push Apple enthusiasts towards its own device.

The speaker is part of Apple’s smart home drive, which began with Apple HomeKit. The smartphone app lets you control smart tech from different companies and the Siri speaker lets you control those same devices with your voice.

Of course, being a part of Apple’s walled garden has its drawbacks too – you only need to look at how Siri works on iPhones to see that. Ask Siri to do something on iPhone and it will default to an Apple app wherever possible. Ask Siri to play a song and it will use the Apple Music app. Don’t have an account? Then you’re stuffed since you can’t change it to Spotify or Google Play Music. This seems to be no different on the HomePod.

Is it too late for Apple’s speaker to be successful?

Never count Apple and its many millions of fans out. It may be late to the party, but it isn’t the first time. Apple steered clear of big-screen phones before launching the acclaimed iPhone 6 Plus and it took its time releasing the Apple Watch, which soon came to account for two thirds of the smartwatch market.

But, unlike smartwatches in 2015, the smart speaker market isn’t crying out for a company to swan in and make a model that lives up to the promise. The Amazon Echo and Google Home are already doing a good job of realising the dream of a smart, voice-controlled personal assistant that, just a few years ago, was the realm of science fiction.

However, while HomePod doesn’t do anything the Amazon Echo and Google Home don’t do in terms of its smart functions, Apple’s promises of incredible sound and a smart speaker that adapts to the room its in could give it the edge. The main drawback is the price – at £270 it’s more than double the cost of Google Home and £120 more than the Amazon Echo. The sound will need to be spectacular to tempt people to spend the extra cash.

We’ll be getting it into our lab as soon as it becomes available when we’ll find out if it really can compete with its rivals on sound and smarts.