Motorola has announced a new modular smartphone, the Moto Z² Play. A modular phone is one you can modify with accessories, such as clip-on speakers and battery packs.

Following in the footsteps of other modular phones such as the LG G5 and Essential phone, Motorola will be hoping that the Z² Play’s customisable design sets it apart from competitors. Is this budget-priced smartphone worth considering? We run through its key features below.

According to Motorola, the Z² Play is thinner, lighter and faster than its predecessor. It has a 5.5-inch Super AMOLED display and an all-metal unibody design.

Under the hood, the Z² Play is powered by a Snapdragon 626 processor, backed up by 4GB of Ram. Motorola’s phone is bloatware-free (good news if you hate removing pre-installed apps), so you should expect a pretty nippy mobile. The Z² Play has a 5Mp camera with dual flash on its front, along with a fingerprint reader. Flip the phone over and you’ll find a more capable 12Mp camera. 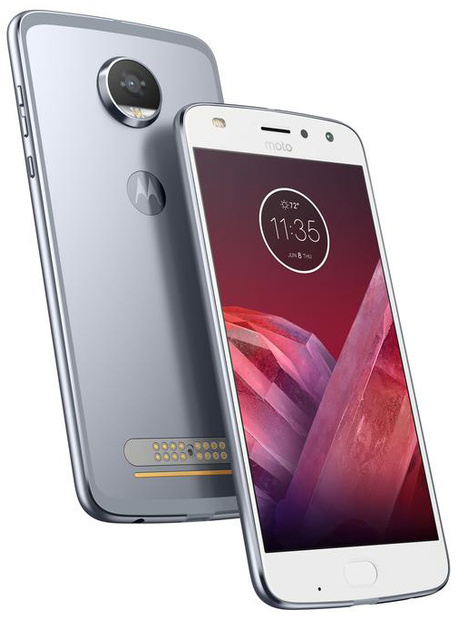 Motorola claims that you’ll get up to 30 hours of battery life from the Z² Play, which is impressive if true. Solid battery life was a major selling point for the older Moto Z Play, so we’re keen to see how this follow-up fare. If battery life is important to you when it comes to picking a new phone, see our guide to mobile phones with the best battery life.

Motorola’s modular phone has a couple of other tricks up its sleeve, too. The display automatically adjusts depending on the time of day, so at night it turns slightly orange to protect your eyes from glare. It’s a clever feature that we’ve also seen on ebook readers in the past.

Motorola’s Moto Z² Play is compatible with Moto Mods, a selection of optional, clip-on accessories that also work with the Moto Z and Moto Z Play.

Unveiled alongside the Moto Z² Play are a couple of new Moto Mods, which will be available globally this summer. There’s the Moto Gamepad, which clips onto both sides of the phone’s screen to make gaming on the go a little easier. The JBL SoundBoost 2 is also a new arrival, which has a splash-proof coating and up to 10 hours of battery. Last but not least, we have the Turbopower battery pack and Moto Style Shell, which adds support for wireless charging.

So when can you get your hands on the Moto Z² Play? It will start rolling out from this month, and it’s on offer for $499 over in the states, which translates to around £390. We expect it will go for closer to £450 here in the UK, though.

This isn’t the first time a smartphone company has experimented with a modular design. Last year, LG unveiled the modular LG G5, which is designed so that users could swap out the battery. LG also sells a separate attachment, the LG Cam Plus – a £70 camera with a dedicated shutter button and zoom wheel. However, LG didn’t have great success marketing the modular components to customers, or in encouraging developers to create more. It abandoned the idea with the most recent G6 – so the jury is still out as to whether this type of accessorising is truly the way forwards.

More recently, we were introduced to the Essential Phone, a modular mobile that’s backed by Android co-founder Andy Rubin. It has a 5.7-inch edge-to-edge display and supports a range of snap-on accessories including the world’s smallest 360-degree smartphone-compatible camera.

Motorola phones tested by our experts

Every Motorola smartphone we send off to our test lab is put through its paces. We pay close attention to the quality of the screen, battery life and ease of use, and only the best-performing mobiles are worthy of the Best Buy title. 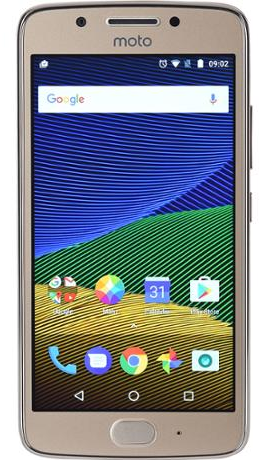 Motorola’s range is worth exploring for buyers on a budget that don’t want to shell out £700+ on a smartphone. Just recently, we tested the new Motorola Moto G5, which we first got our hands on at MWC a couple of months back. The phone is up for grabs for less than £200, arriving with a 5-inch display and dual-Sim functionality. See how it performed in our Motorola Moto G5 review.

If you like the look of the new Moto Z² Play but don’t want to wait around for a UK release, see our Motorola Moto Z Play review. Now that the original Z Play has been out for a while, you might be able to grab it for a good price.