Leaked images showing the ‘final design’ for Apple’s iPhone 8 are being shared online, with the phone featuring an edge-to-edge display similar to the Samsung Galaxy S8.

We could also be looking at a September launch, and an eye-watering price tag. The rumours have been piling up on the next iPhone ever since alleged Foxconn employees revealed what to expect over on discussion board Reddit, and now a recent Forbes report claims to have ‘exclusive’ information on the mysterious mobile.

So what do we know about the iPhone 8? Keep scrolling for the juicy details.

A report published by Forbes this month claims that a third-party phone case manufacturer, Nodus, knows what the iPhone 8 will look like. On the ’10th anniversary iPhone’, Forbes says we should expect a 5.8-inch display. Nodus is tweaking its retail cases based on the plans it holds, so the company must be confident it’s looking at the final design.

That same report says that Apple won’t be bringing the headphone jack back to iPhone. Instead, you’ll have to stick with headphone adaptors or wireless AirPods. Battery life is said to have improved dramatically, though, thanks to the L-shaped battery tucked inside.

The home button on the side of the iPhone 8 has grown. Rumours suggest that Apple could potentially work a TouchID scanner into the button if the tech giant isn’t able to work a fingerprint scanner underneath the phone’s display, although we’re not sure Apple will be making hardware tweaks this late on.

Apple’s most expensive smartphone ever

According to Forbes, the iPhone 8 will likely be Apple’s most expensive smartphone to date. Brace your wallet, because there are suggestions that the upcoming signature model will cost from $1,110 (£844) to $1,200 (£920).

Assuming that Apple’s new iPhone lands near the £850 mark, that makes it even pricier that other flagship rivals, including the Samsung Galaxy S8, Galaxy S8+ and LG G6.

Last year, the iPhone 7 and iPhone 7 Plus were released on 16 September. If it’s a similar story this year, we don’t have long to wait. September will mark 10 years since Apple’s first smartphone, so it seems rather fitting.

An internal memo said to be issued to AppleCare advisers back in May points towards the iPhone 8 being unveiled around 17 September. It notes ‘black out dates’ (from 17 September to 4 November) where all Apple staff must be on-site, potentially to help deal with the release of the new iPhone. Tech website Macworld notes that 17 September falls on a Sunday, so Apple might opt to launch a day after at the start of the week.

Battery life has always been important, but so has charging speed. Rumours suggest that the iPhone 8 will arrive with fast charging support, which means you’ll be able to quickly power up your iPhone 8 before heading out. A source speaking to Forbes claims that the new ‘Tristar 3, Hydra’ chip inside the phone’s charging port will make this possible.

The iPhone 8 could also be the first Apple smartphone to support wireless charging. The tech already features on the Apple Watch, but is yet to make its way to the tech giant’s mobile range. India-based manufacturer Wistron is working with Apple on assembling its iPhones, and earlier in the year company CEO Robert Hwang accidentally let slip that the next generation of iPhones ‘will include new features like wireless charging’.

Speaking to hundreds of excitable Apple fans over on Reddit back in June, Foxconn employees answered questions on the iPhone 8’s design and features list.

Information posted by Foxconninsider said that production had actually been delayed, apparently due to issues with the smartphone’s Touch ID sensor. Despite the delay, it looks like the iPhone 8 (known as ‘iPhone X’ internally) will have plenty of tricks up its sleeve, with sources suggesting that a nifty retina scanner will feature.

It looks like the iPhone is getting a serious makeover. In April, we first caught a glimpse of an iPhone 8 ‘dummy model’ (seen right), which shows the back of the phone with a new vertical dual camera setup. The same leaker also said that TouchID will live underneath the display, which allows Apple to push the smartphone’s screen to the outer edges of the gadget’s body. A mocked-up image courtesy of iDrop News makes things a little clearer.

As you can see from the image below, the iPhone 8 (middle) flaunts an eye-catching edge-to-edge screen that sets it apart from previous models. The alleged Foxcomm leakers have since confirmed that the middle iPhone is ‘close’ to the actual, final design.

Which Apple iPhone performed the best in our lab?

If you’re shopping around for a new smartphone, you might not want to wait for the iPhone 8.

We’ve reviewed all of Apple’s iPhone releases in our test lab, including the most recent iPhone 7 Plus (below). Do the dual 12Mp rear wide-angle cameras and Retina HD display justify the hefty price tag? See our full iPhone 7 Plus review for details. 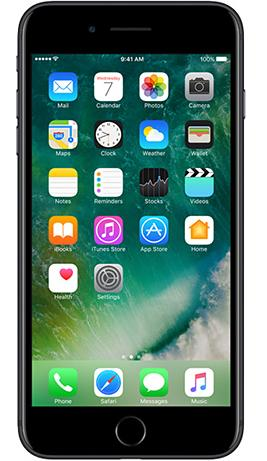 Tempted by an Android smartphone? Head over to our guide on Apple iPhone vs Samsung Galaxy mobile phones. Our expert advice will help you pick the smartphone that’s right for you. Alternatively, see our smartphone reviews for more information on the phones that have soared through our test lab.