Recaro has decided to cease selling the Recaro Optia child car seat and voluntarily replace any purchased, free of charge for customers. This is following poor crash test results while the car seat was being reviewed by Which?.

Last week we warned against using the Recaro Optia child car seat with the Recaro SmartClick Base (pictured above) after failures in our frontal impact crash tests.

During our latest child car seat crash testing, the seat detached from the base. This failure resulted in its test score being instantly lowered to a Don’t Buy score.

During our car seat testing last year, we identified a similar issue with the Recaro Fix base. Recaro responded to our findings and replaced the Isofix bases concerned. But the successor to this base, the Recaro SmartClick, appears to have a similar issue. After being informed, Recaro immediately began investigating, leading to this announcement today:

‘Recaro Child Safety takes this test result very seriously. The company therefore implemented numerous measures… to analyse the reason for the behaviour of the product…

‘The safety of its customers is the highest priority for Recaro Child Safety. For this reason, the company has decided to stop delivery of the Recaro Optia seat and to no longer permit its sale.

‘Even though the described problem has not been repeated by Recaro Child Safety under more strenuous test conditions, the company will replace all Recaro Optia seats. Through this program, Recaro Child Safety wishes to ensure, in the interests of ensuring customers’ safety, that the respective product will no longer be used…’

How to check your car seat

The Recaro Optia is a Group 1 car seat, approved for use with babies from 9 to 18kg; It’s the seat you’d swap to once your little one has outgrown his or her baby car seat.

There’s a tool online at safety.recaro-cs.com which you can use to check the serial number of your seat. The serial number can be found on a label on the underside of the Recaro Optia. If your product is affected, you can directly register for the replacement program. 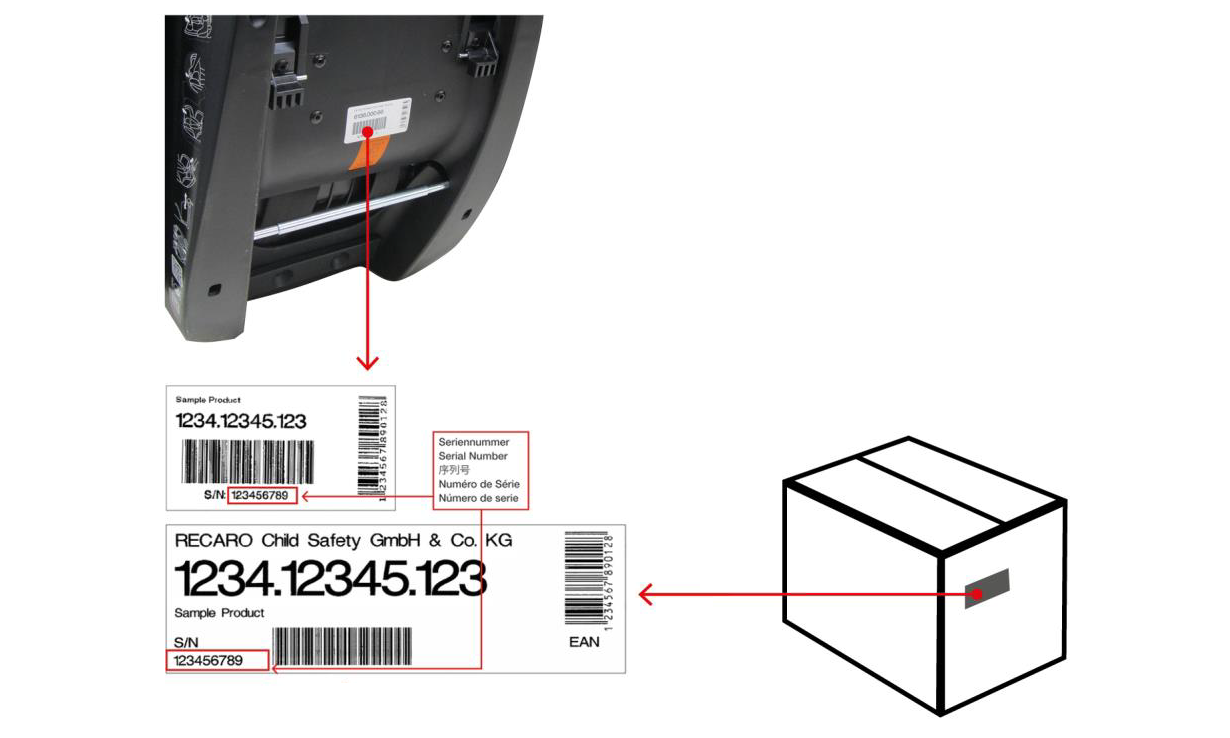 You can also find out more about the replacement program on the Recaro website. If you own a Recaro Optia child car seat we’d advise you to contact Recaro directly, as soon as possible, to arrange a swap.

Recaro has set up a hotline to answer questions. The service team is available daily from 5 am to 9 pm UK time and can be reached on Freephone number 0800 0830 128.

You can check out all the Recaro child car seats we’ve tested, including total test scores and crash test results.

Which? is part of the European Test Consortium, consisting of the Worldwide Association of Consumer Organisations (ICRT) and the European car clubs. We’ve been testing car seats together since 2003. Which? has been testing child car seats since 1967. We work together jointly to crash test child car seats in two specially designed crash scenarios using state-of-the-art crash test dummies and sensors. Our crash tests are severe, and our experts feel they more accurately reflect what happens in real crashes than the legal minimum standards.

Find out more about how we test child car seats.