Months before a smartphone is released – be it from Apple, Samsung or LG – rumours, leaked photos and inside information fuels a flurry of expectation. With edge-to-edge displays, dual cameras and more power, this year’s smartphones are touted to be better than ever.

One thing you’ll notice in the rumours below is the trend of ‘bezel-less displays’. Manufacturers are pushing screens to the very edge of the handset, causing some design conundrums.

The fingerprint scanner – first introduced on the iPhone 5S in 2013 – has become a staple of a flagship phone. But the next test is to hide it behind the bezel-less display. That’s proving tricky. Samsung failed, opting to move it to the back of the phone for its Samsung Galaxy S8. But now Apple is said to be on the case.

Here, we round up what we know so far about the biggest smartphone releases still to come in 2017. Is your perfect mobile phone just around the corner?

Apple iPhone 8: what we know so far

Three alleged employees at Foxconn – where the phones are manufactured – have revealed a wealth of inside information about the iPhone 8. The dual rear camera found on the iPhone 7 Plus (but left off the smaller iPhone 7) is said to be featured on the new handset. A mention of ‘front-facing camera modules’ (plural) suggests Apple has something surprising in store for the front of the phone, too.

The rumoured 3GB of Ram would again match that of iPhone 7 Plus, but improve on the iPhone 7’s 2GB. That should mean you can do even more without slowing down the slick iOS interface.

Leaked images have revealed an edge-to-edge display reminiscent of the latest Samsung Galaxy S8. The fierce rival of the iPhone has been praised for its good looks and, if the photos prove to be genuine, it seems as though Apple has taken note.

Read our expert iPhone 7 review to find out how its predecessor fared in our tests.

Reports of a new, smaller version of the LG G6 resurfaced recently. A few months ago, some suspected the project had been canned. But now it’s back and it has a name: the Q6, aka the G6 mini.

The G6’s 5.7-inch screen will be shrunk to 5.4-inches, and the aspect ratio will be slightly elongated. The 18.5:9 aspect ratio is said to make it easier to operate larger screens and matches that found on the Samsung Galaxy S8.

We put the LG G6 through our independent lab tests – see all the results in our LG G6 review.

Samsung Galaxy Note 8: what we know so far

Samsung has its work cut out with the Galaxy Note 8 after its predecessor became the hot topic of conversation last year. The Note 7 was recalled in September following reports of exploding batteries. Now, the Note 8 must make a bigger comeback than Take That.

Samsung has confirmed the phone will arrive in 2017 – it’s expected to hit shelves in August, a shade ahead of the iPhone 8 in September. But some say this could be delayed by extra safety tests.

It’s rumoured that the Note 8 will become the first smartphone with a 4K resolution screen. While Samsung has stuck with an already sizeable 5.7-inch screen since the Note 3, this new handset could be 6.2-inches, or even as big as 6.4-inches. It’s likely it will also have an infinity display of the ilk of the Galaxy S8.

Check out our expert reviews of the Samsung Galaxy S8 and S8+ to see how Samsung’s flagship phone fared in our tests.

Google Pixel 2: what we know so far

Last year, Google scrapped its Nexus line of phones in favour of the Pixel and Pixel XL – two phones positioned to rival handsets from Apple and Samsung. This year, we expect Google to release second attempts at both of these.

Recent reports of Google’s offer to invest in LG’s screen manufacturing business has fuelled rumours that the new Pixels will have a curved OLED screen.

It’s expected that both of these handsets will be waterproof. Google may also scrap the headphone jack, following the lead of the iPhone 7. Otherwise, details remain fairly well under wraps for the new handsets, expected to arrive in October.

See if Google’s first attempt at the Pixel impressed our lab experts in our Google Pixel review.

Essential Phone: it’s on the way 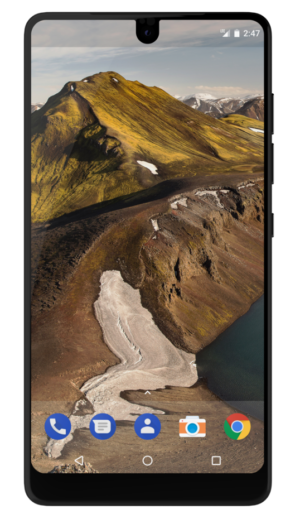 Essential may be a little-known brand to most, but it’s recently announced a smartphone that offers a fresh take on a flagship handset.

Founder Andy Rubin has the CV to send shivers down the spine of the likes of Apple and Samsung. He’s one of the original co-founders of Android, but left Google to make a game-changing phone.

The modular-style phone will allow you to swap out attachments, meaning it shouldn’t become ‘outdated’ so quickly. The edge-to-edge display matches the current trend of smartphones, fitting a 5.7-inch screen on a regular-sized device.

You’ll also get a 13-megapixel rear camera and 4GB of Ram, but with a purported price tag of $699, it won’t come cheap. We’re still waiting on a UK price and launch date, but in the meantime, read more about this exciting newcomer.

For all the latest results from our lab, visit our smartphone reviews for expert advice on which handset to choose.