Some energy users have been with the same supplier for 54 years or more, exclusive Which? research reveals. In sickness and in health, through price rises and prompts to switch, these customers have remained loyal to their gas and electricity provider. If this sounds like you, does your relationship with your energy supplier predate that with your partner?

A quarter of energy customers have ‘always’ been with their energy supplier, according to our survey of more than 8,000 people.*

Meanwhile, the average marriage length is 11.9 years, according to the Office of National Statistics’ latest figures (of those divorcing in 2015).

Read on to find out which firm’s customers are most loyal, and if their reasons for staying with their supplier stand up to our scrutiny.

If you’ve never switched, you should be able to save the most by finding a cheaper energy deal. Compare gas and electricity prices with our independent energy comparison website Which? Switch to see how much you could save on energy. Or phone us on 0800 410 1149 or 01259 220235. 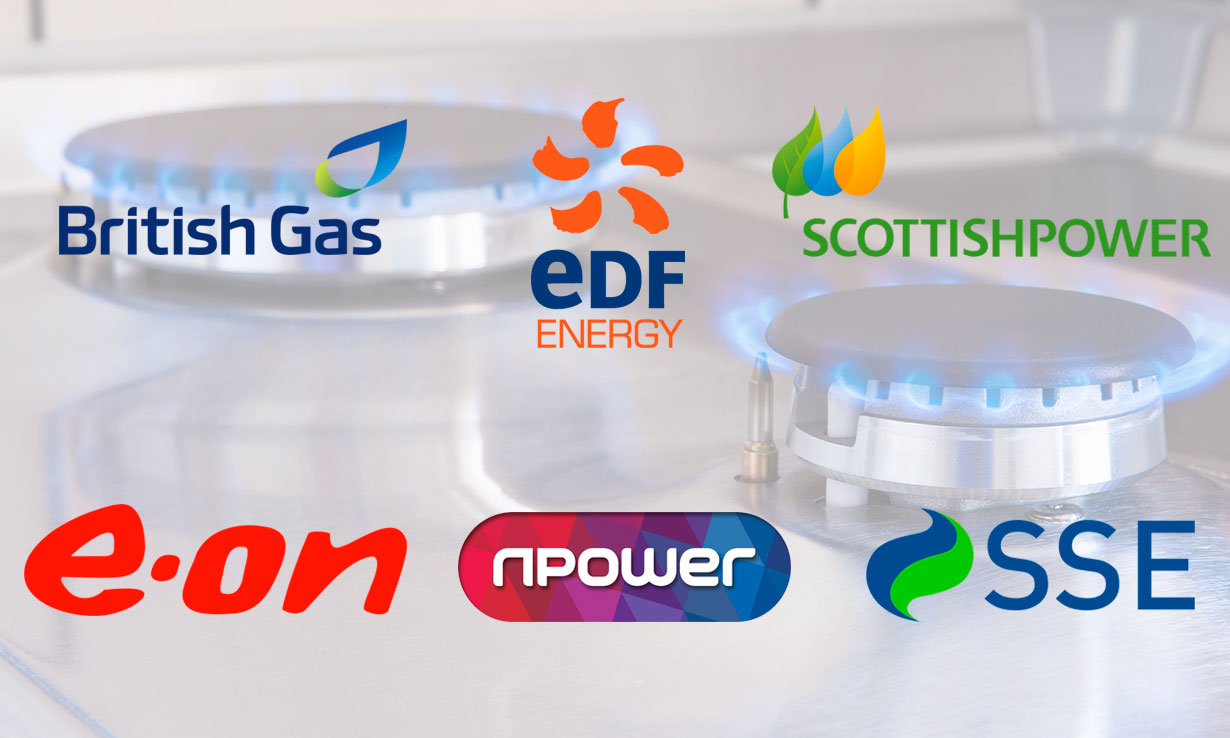 British Gas, EDF Energy, Npower: whose customers are most loyal?

The energy market in Great Britain was privatised in the 1990s and customers split between six energy suppliers: British Gas, EDF Energy, Eon, Npower, Scottish Power and SSE. Today these are referred to as the ‘Big Six’ and the ‘incumbent’ suppliers.

If you have always been with the same energy firm, and started paying for energy before privatisation, you’ll be supplied by one of these firms.

If you’ve taken no action at all on your energy bills, you’ll be on your energy firm’s standard variable tariff. This is also often its most expensive deal.

Top five reasons for staying loyal to your energy company

The top reason for staying with an energy firm is being happy with the current supplier (48%), followed by believing all suppliers are the same so there’s no point in switching (22%) and having checked the prices of other suppliers and being on a good deal already (22%). 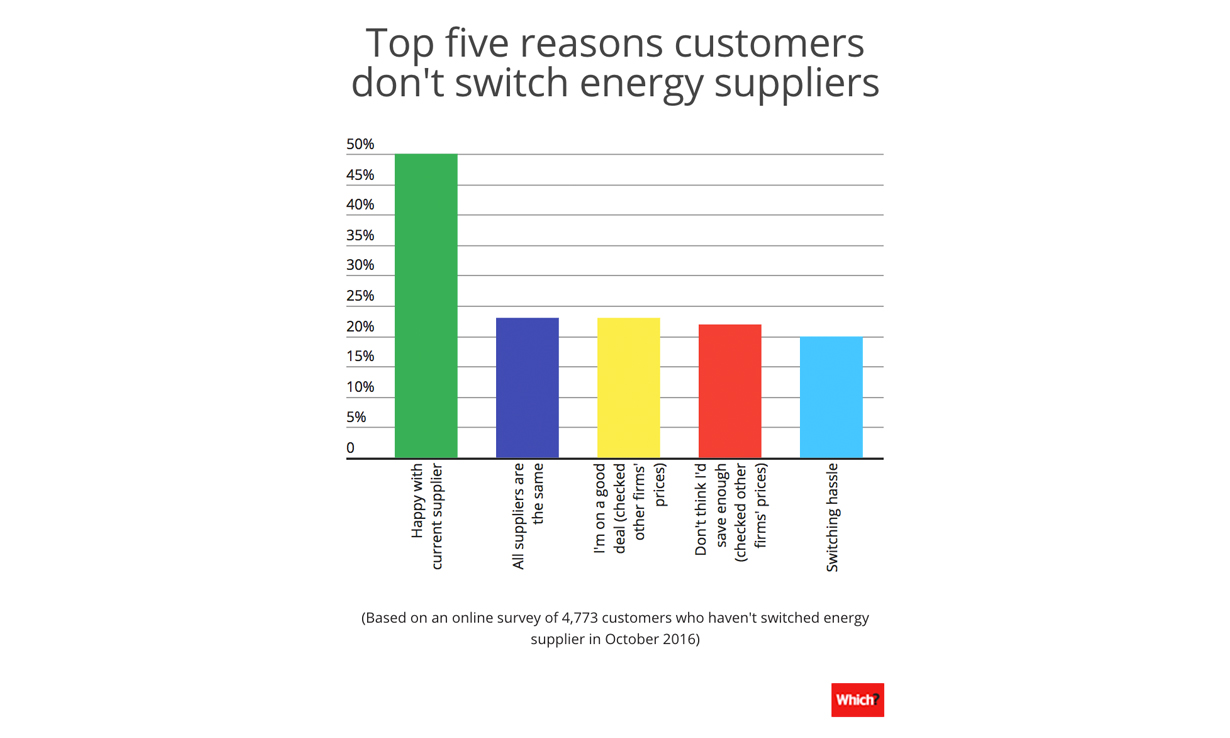 But there are big differences between the best and worst energy suppliers, according to our survey of more than 8,000 of their customers. Results reveal a 34 percentage point gap between the highest and lowest-scoring suppliers.

Even if you’re on a good energy deal now, keep an eye on your bills. Fixed energy deals usually last for one or two years; after this, you’ll be automatically moved onto your supplier’s standard tariff if you take no action. This can cost you hundreds of pounds more over a year.

If your fixed deal is coming to an end, look for a new cheap deal. Your energy supplier cannot charge you an exit fee in the last 49 days of your deal.

*Online survey of 8,657 members of the general public in Great Britain who are responsible for paying their energy bills in October 2016. Our estimates of how long people could have been customers are based on becoming a customer at 21 years old.