Nokia’s new trio of budget-priced smartphones are now available to buy, and all of them are available at some pretty attractive prices. But what can you expect for less than £250, and are there better options elsewhere? We run through the key features.

Just a couple of months on from the release of the Nokia 3310, Nokia has expanded its mobile range to compete against rival affordable phones. That move has led to the arrival of the Nokia 3, Nokia 5 and Nokia 6, three phones that look similar on the outside but are vastly different on the inside.

Best Buy smartphones – our tests prove there are plenty of great, affordable mobiles

Specs-wise, the Nokia 6 is the best new smartphone the company has announced. Exclusive to Carphone Warehouse, it looks similar to its siblings, but has more power under the hood. For starters, it has a 5.5-inch 1,080×1,920 display, which means content on this screen looks sharper than it would on the Nokia 3 or Nokia 5.

The phone is powered by a Snapdragon 430 processor and 3GB of Ram, enough for a reasonably speedy smartphone. But it won’t be as lightning fast as premium smartphones such as the OnePlus 5, LG G6 and Samsung Galaxy S8. When you consider the Nokia 6’s low price, however, the specs on offer are solid. There’s a 16Mp camera on the back of the Nokia 6, and it shares the same 3,000 mAh battery as the Nokia 5. 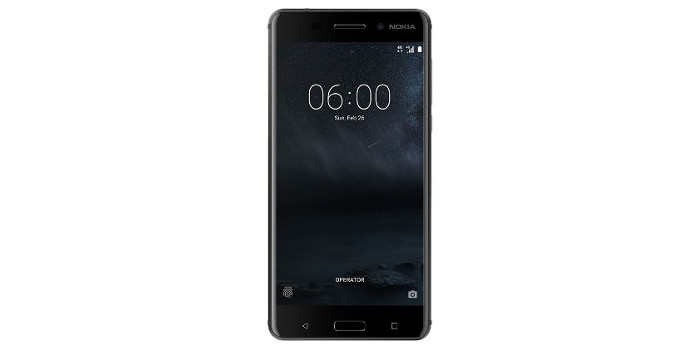 We first had our hands on the Nokia 6 earlier in the year at Mobile World Congress, where we also caught a first glimpse of the retro-inspired Nokia 3310. The smartphone impressed us on first impressions, with a sleek yet simple design and a bloatware-free OS.

So how much is Nokia’s best-specced mobile of the moment? The 32GB model is on sale for just £200 from Carphone Warehouse, which makes it cheaper than budget Android handsets including the Huawei Honor 9, Motorola Moto G5 Plus and OnePlus 3T. We’ll be putting it through its paces in our test lab as soon as possible.

Alternatively, you could buy: Motorola Moto G5. This budget Android mobile is £160 Sim-free from Carphone Warehouse. It’s powered by the same Snapdragon processor as the Nokia 6, but the G5 is a little smaller with a 5-inch display.

The Nokia 5 has a slightly smaller 5.2-inch screen running at a resolution of 720×1,280 pixels. This means that you won’t get as much detail from this display as you would with the slightly pricier Nokia 6. Speaking of price, Carphone Warehouse has the Nokia 5 up for £170 Sim-free.

It’s powered by 2GB of Ram and a Snapdragon 430 processor, the same chip found inside the Nokia 6. While the front-facing camera matches that of the Nokia 6, the main camera is a lesser 13Mp offering. The 3,000mAh battery stays the same, though, although we’ll have to wait for the results of our lab tests to see how well it performs over the course of a full day. 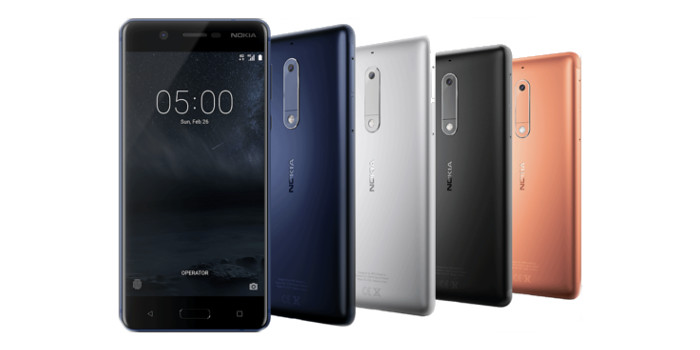 Alternatively, you could buy: HTC Desire 650. It’s £160 at the time of writing, putting it in the same price bracket as the Nokia 5. This unique-looking mid-range HTC model has a 5-inch display and a 13Mp rear camera.There’s 16GB of internal storage out the box, but that’s expandable up to 256GB.

On paper, the Nokia 3 is the least capable of the new arrivals. It runs on 2GB of Ram and misses out on a Snapdragon processor – this one’s using a Mediatek MT6737 chip. We expect it will be the slowest of Nokia’s 2017 line-up, but we’ll have to wait for our test results for confirmation.

It features a 5-inch display and a 2,650mAh battery, arriving with an 8Mp camera on the front and back. There’s 16GB of internal storage out of the box, which you’ll get through quickly if you’re an app addict. Luckily, the phone has a microSD card slot so you can expand storage up to 256GB, more than enough for most.

Unsurprisingly, the Nokia 3 doesn’t cost much. It’s £130 Sim-free through Carphone Warehouse, which could prove to be great value if all you’re looking for is a simple Android phone with decent cameras and a clutter-free interface. 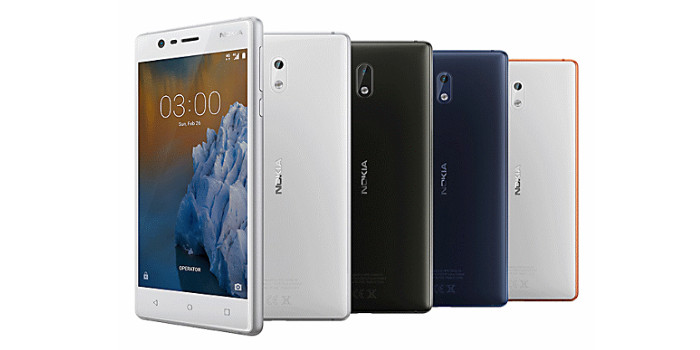 Alternatively, you could buy: Motorola Moto G4 Play. You can grab this smartphone for as little as £130. It has the same size display as the Nokia 3, running at the same resolution. This alternative is rocking a Snapdragon processor, though, and you can film 1080p video on its 8Mp camera.

For buyers on a budget, there are plenty of Android smartphones on the market to consider. We’ve tested the latest releases from the likes of Huawei, Sony and Motorola to make sure that you don’t end up with a dud.

Our testing proves that you don’t always need to spend big to bag yourself a great smartphone. In fact, we’ve uncovered some Best Buy smartphones that will cost you less than £300.