It’s fair to say that Nokia has had a relatively quiet few years. It used to be one of the biggest mobile phone brands, but the advent of smartphones saw it fall behind the likes of Apple and Samsung.

But the Finnish brand hasn’t given up the fight. Earlier this year, it announced three new smartphones, as well as the return of the 3310.

The Nokia 3310 was originally released in 2000. It’s arguably one of the most famous mobile phones of all time, garnering a reputation for outstanding battery life, sturdiness and, of course, the Snake game.

By bringing back a revamped 3310 for 2017, it’s clear that Nokia is trying to drum up some attention. But has it actually released a phone that’s worth considering, or is it relying on its nostalgic flavour?

Find out by heading straight to our Nokia 3310 review. Below, we cover some of the phone’s key features, and answer the question of many people’s lips – has Snake returned? If you’re short on time, watch our Nokia 3310 first look video from the time of its launch:

The reinvigorated Nokia 3310 costs £60 to buy. While that might not sound like much compared to heavily-promoted £600+ smartphones, that’s actually quite expensive for what the Nokia 3310 is: a basic mobile phone. Similar mobile phones often cost less than £20.

It has quite limited features, most notably around internet connectivity. While you can browse the web on the phone’s Opera Mini browser, it runs on the 2.5G connection, which you might find too slow.

However, it could be a great option for those wanting a backup mobile phone just for calls and texts. It’s compact, but has a 2.4-inch screen, which is fairly large for a mobile phone with this design. Plus, it has a 2Mp rear camera, a torch and FM radio. You can buy it in four different colours: red, blue, yellow or grey. 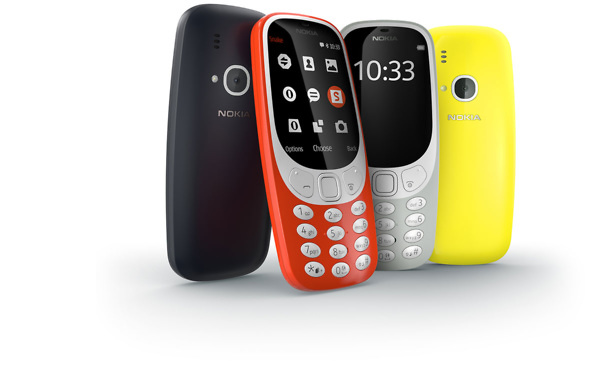 Nokia also claims exceptional battery life with the new phone, a promise that diehard original 3310 fans will undoubtedly want to be delivered upon. The brand claims it will last up to a month if left on standby, which means you won’t find yourself charging it that frequently. We test all simple phones for call time and standby battery life in our test lab – you’ll have to read our full Nokia 3310 phone review to find out whether it really has as much stamina as claimed.

And, yes, the Snake game has returned – but it’s developed into a different, though recognisable, beast. Perhaps most significantly, it’s now in colour. 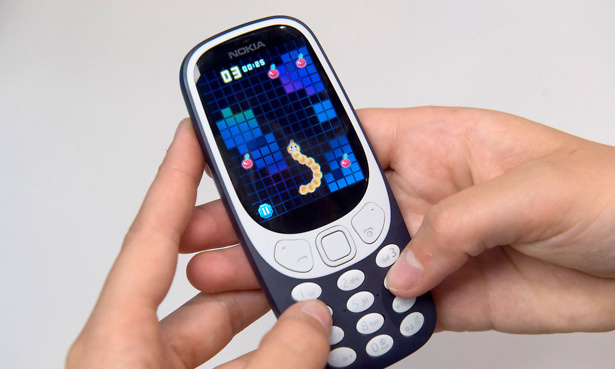 If you don’t like the sound of the new Nokia 3310, or you just want to make sure you’re getting the best simple phone for your money, you’ll be pleased to hear that we’ve recently tested and rated several of the latest models from the biggest brands.

Our latest reviews included another Nokia model, the 150, as well as simple phones from other big-hitting brands such as Doro and Alcatel. To find out whether any of these phones are worth considering, check out our simple phone reviews.

The incredibly cheap £5 MobiWire Ayasha formed part of our testing line-up. As you’d expect from a phone this cheap, it doesn’t have much in the way of features – but if a simple phone is easy to use and has excellent battery life, it gets a huge thumbs-up from us. Read our MobiWire Ayasha review to find out whether you could spend £5 and get everything you want from a mobile phone.