Android Oreo (or ‘Android O’ for short) has landed, and Google says it will help you squeeze more battery life from your smartphone.

Unveiled at an event in New York coinciding with the solar eclipse, Google’s big update has been shown off publicly for the first time. There are plenty of changes on the way, including battery life improvements, multitasking mode and a free malware-scanning tool.

So how can you try Android Oreo for yourself, and when should you expect it to arrive on your device? Keep scrolling for the details.

How to install Android Oreo

Traditionally, Google’s own Nexus gadgets have been the first to be updated with the latest OS version. It’s the same story this time around, and you’ll be able to download Oreo ‘in the near future’ on the following phones and tablets: 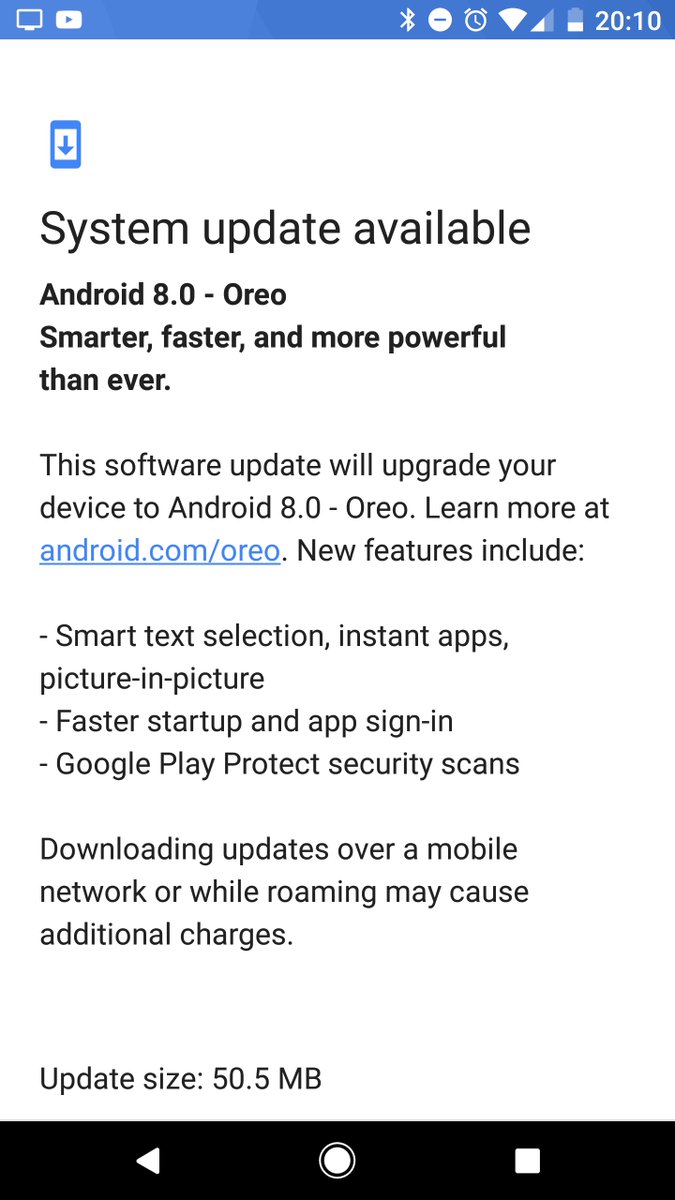 If you own a different Android device, you might have a bit of a wait ahead of you. There’s no guarantee on when Oreo will be available, but it’s worth remembering some phones still don’t have Android Nougat, the OS before Oreo. When it’s available to download, you’ll automatically be notified and sent to the update screen (right).

Speaking at the Android Oreo press event, a Google spokesperson said: “We’ve also been working closely with our partners, and by the end of this year, hardware makers including Essential, General Mobile, HMD Global Home of Nokia Phones, Huawei, HTC, Kyocera, LG, Motorola, Samsung, Sharp and Sony are scheduled to launch or upgrade devices to Android 8.0 Oreo”.

Some of the biggest changes inside Android Oreo run behind the scenes. Android now puts a limit on what apps running in the background are doing. A news app that you’ve closed down doesn’t need to be searching for the latest headlines until you open it up again, for example.

It’s a small change, but Google says it will make a big difference. We’ll have to see for ourselves when the update becomes more widely available. If battery life is important to you, we suggest you take a look at our advice on mobile phones with the best battery life.

Android Oreo supports Picture-in-Picture mode, which makes multitasking far easier. With it, you can run two apps at the same time. If you’re watching a YouTube video in full screen and tap the Home button, the video will shrink and sit in the corner of the screen. You can drag it around with your finger while you type up an email or browse on Google Chrome.

Some smartphones already have their own version of Picture-in-Picture mode. Both the Huawei P10 and Huawei P10 Plus support it out the box, and you can turn it on by tapping the Overview key. That will split the phone’s screen down the middle and allow you to resize each window depending on how you’re using them.

Google Play Protect is now rolling out with Android Oreo. It brings a refreshed interface to Find My Device (ideal if you’re losing your phone more often than you’d like to admit) and a built-in app scanner. According to Google, Play Protect scans ‘billions of apps’ daily. It can also monitor apps on your phone for unusual behaviour and warn you about suspicious websites. 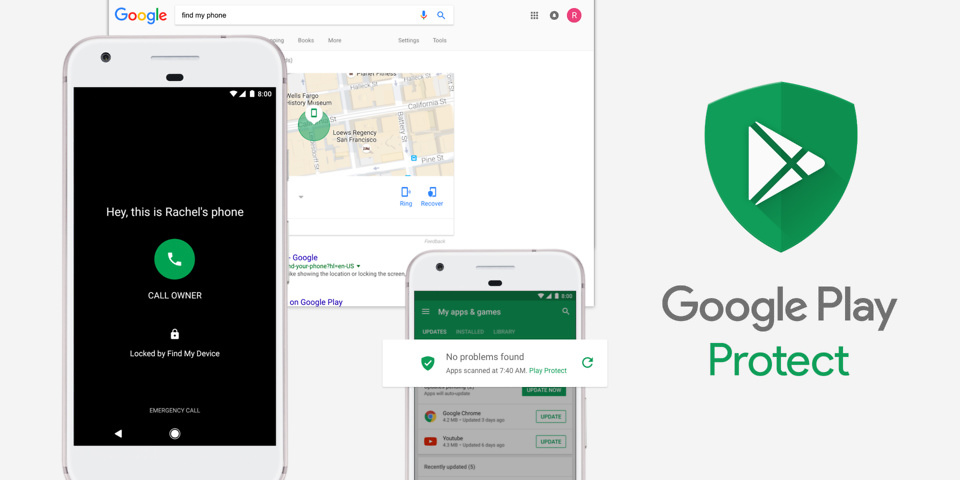 Of course, if you want to keep your data secure and don’t fancy waiting around for Oreo, a mobile security app could be the answer. See our Best Buy mobile security apps for tools that will keep you protected against malware and scams.

What else does Android Oreo have to offer?

Big changes aside, there are lots of smaller tweaks in Android Oreo that will hopefully make Google’s smartphones easier to use. For starters, the notifications menu has had a revamp, so now you can control exactly what you want to be alerted of. That will save you having to take your phone out of your pocket every two minutes to swipe away a needless notification.

Google has said via a blog post that Android Oreo will ‘run faster’ in general, and you’ll also be able to download fonts and play around with some new emoji in texts and emails. ‘Smart copy-and-paste’ will make it easier to copy addresses and phone numbers, and smartphones and tablets running the update will boot up ‘twice as fast’.

We test the latest Android smartphones in our lab from big-name brands such as Motorola, OnePlus, HTC and Huawei. To see which budget-priced and premium phones we recommend, head over to our guide on the top five best smartphones for 2017. If you don’t want to spend big, you might also want to read over our advice on buying a mobile phone on a budget.