Finnish brand Nokia is continuing its attempt to clamber up the ranks in the smartphone market with the Nokia 8, a flagship smartphone with a few interesting features.

Perhaps most interesting is the Nokia 8’s ‘Dual-Sight’. You can snap photos and record videos using both front and rear cameras at the same time – and you can see how these look on the phone’s display via its split-screen feature.

You can record 4K video on the Nokia 8, too. Plus the phone records 360° audio, which means it should capture sound from all directions for more immersive playback.

You should be able to buy the Nokia 8 at some point in September, and it will cost around £550 to buy outright. This price tag places it among the more expensive smartphones we’ve seen, but is it worth considering over well-known models such as the Samsung Galaxy S8 and LG G6?

It’s made from aluminium for an expensive look, has a generous 64GB on-board storage and dual cameras on its rear. We can’t wait until we get full results from our test lab, to bring you our definitive verdict.

In the meantime, we cover some of the phone’s key specs, and whether it’s shaping up to be one of the best smartphones of 2017, below.

Mobile phone reviews – get the best smartphone for your budget

More and more mobile phone manufacturers are sticking two camera lenses on the back of handsets, to try to improve photo and video quality. 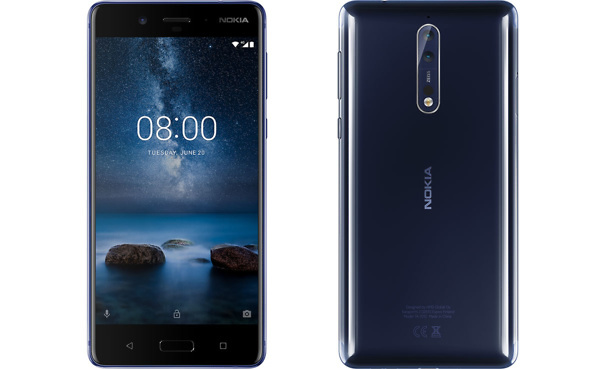 Nokia has jumped on the bandwagon with the 8, with 13Mp colour and monochrome lenses. The theory behind this is that you’ll get better detail even in low-light shots, and you’ll be able to focus more quickly on your subject. It also has a 13Mp front-facing camera for selfie fans.

We test all phones for camera quality in a range of light conditions. We can’t wait to see whether the Nokia 8 delivers on its grand claims.

Under the hood, the Nokia 8 has the Qualcomm Snapdragon 835 processor. This is the latest Snapdragon chip in the series, and means that the new Nokia should speed through everyday tasks. 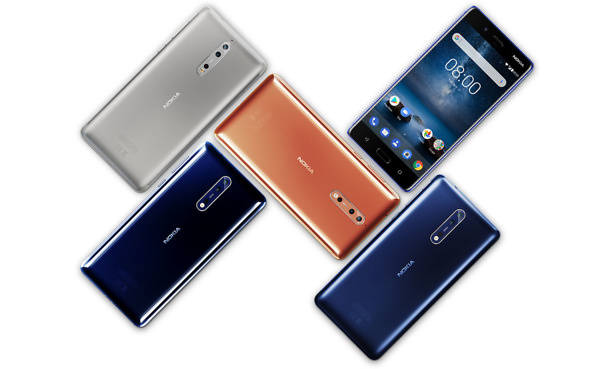 The Nokia 8 runs on Google’s Android operating system. Many manufacturers do the same, but modify how it looks for a more bespoke experience.

However, Nokia is offering Android in its pure form with its new smartphone. Nokia says that this means there will be no unnecessary apps that you can’t delete – instead, you have more storage space to fill with exactly what you want.

The Finnish brand also promises monthly security updates to the Nokia 8, which may give you peace of mind.

As you’d expect from a phone this expensive, it has a fingerprint scanner for so you can quickly unlock your device.

Many expensive smartphones are designed with decent water-resistance. For example, you can submerge the Samsung Galaxy S8 for half an hour in 1.5 metres of water, and it should still work normally. It’s somewhat disappointing that the Nokia 8 can only withstand ‘splashes’ of water, and that an accidental drop in the toilet could render it completely useless.