The Nissan Qashqai and Ford Fiesta dominate car sales, but when we analysed which are the most popular car reviews on which.co.uk so far this year, it’s an unassuming MPV that’s grabbed the spotlight.

Small cars, medium cars, and compact SUVs make up the rest of the list. If you’re wondering where estate cars are, you need to move down to number 25 in the list (the Skoda Superb Estate if you’re curious). You’ll find the first large SUV at 26 – the Mitsubishi Outlander PHEV.

Popularity doesn’t automatically mean the cars that made our top 10 list are Best Buys – even the most successful brands make bad models. They may be unreliable, inefficient and unsafe. Thankfully, our in-depth testing identifies these problems, so you don’t end up with a dud.

So, without further ado, take a look at the 10 most popular cars of the year so far. Then head to our car reviews to see if their popularity is deserved.

Simply want to know which cars are best? Go to the top cars for 2017. 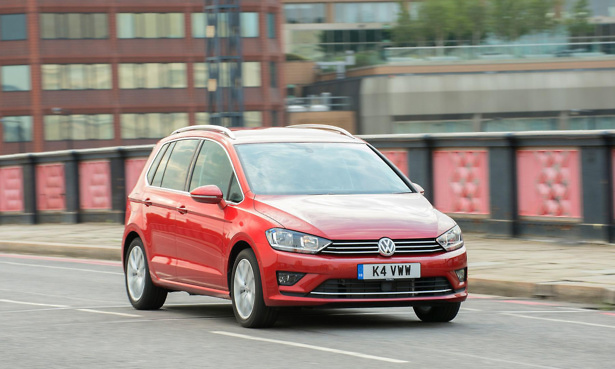 Round of applause for VW as the Golf SV takes the top spot. The current version of the five-seat MPV was launched in 2014 and it’s certainly spacious.

It’s based on the Golf, which is clear in the design, but it’s bigger with sliding rear seats that can give your passengers more legroom or let you squeeze more into the boot.

It’s not cheap, though, with prices starting at just under £20,000, and  it needs to have more than a spacious cabin to compete with cheaper rivals.

Head to our VW Golf SV review to see whether it’s cheap to run, reliable and as versatile as the competition. If you’re after a seven-seat MPV, check out our VW Touran review. 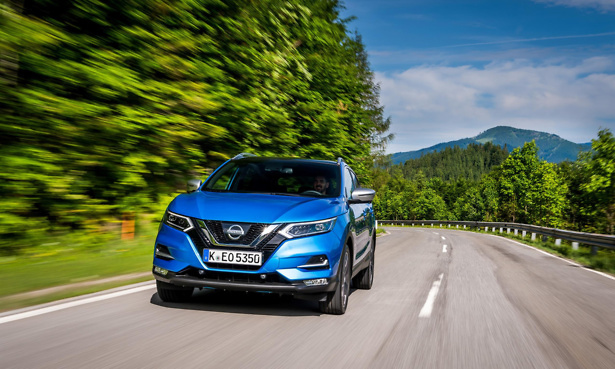 The Nissan Qashqai is largely responsible for the boom in small SUVs, and now these halfway houses between full-size 4x4s and medium hatchbacks are coming from just about every manufacturer.

Competition is good for the consumer, but is it good for Nissan? Now in its second generation, the Qashqai is stylishly bulky and robust with a high-driving position that gives a commanding, re-assuring view of the road. It’s practical, too, with plenty of interior space.

There are plenty of rivals snapping at the Qashqai’s heels, including the Renault Kadjar, Honda HR-V and Seat Ateca. To see if the Qashqai is for you, go to our Nissan Qashqai review. 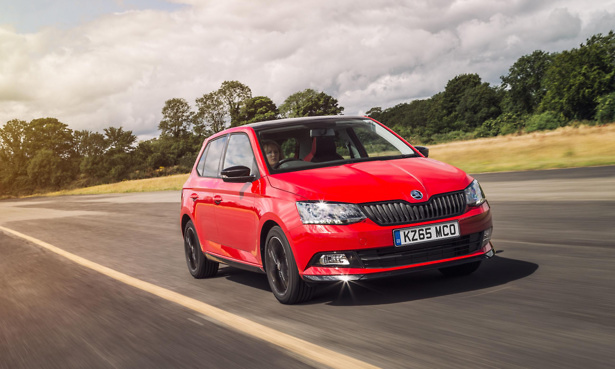 Skoda’s bargain hatchback beat the Ford Fiesta and Honda Jazz to snag the number three spot. It’s cheaper than its rivals, and the Skoda brand has come a long way since the days when it stood for low quality.

We thought the Skoda was fun to drive and more spacious than your average small hatchback. But, given the car’s low asking price, does quality suffer? If some things have been overlooked to keep the car cheap, then they may not become apparent until you’ve had it on the road for a few years. This is why we measure reliability up to eight years after a car’s release.

To see if the Fabia is cheap and cheerful or if sacrifices have been made to keep costs down, check out our Skoda Fabia review. 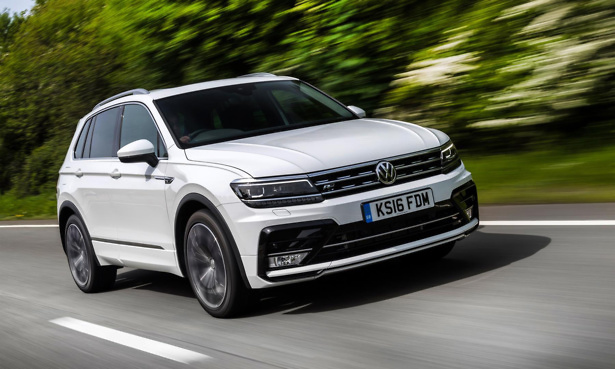 Speaking of competition for the Qashqai, VW’s small SUV is the fourth most popular car review on our website. Like the SV, the Tiguan isn’t short of space, despite being a compact SUV.

It’s stylish, too, with VW’s understated class in evidence. Although the Tiguan isn’t as flashy as some of its rivals, it’s still pleasant to look at.

As cars get bigger, fuel economy comes into question. VW claims 49.6mpg from the 190bhp 2.0-litre diesel. Cars rarely hit the mpg claimed by the manufacturer – if the Tiguan misses the mark, then it could be a pricey SUV to run as well as to buy.

Find out whether the Tiguan’s mpg matches its claims, and if it’s as fun to drive as its contemporaries, in our VW Tiguan review. If you’re after something a little bigger, you can check out our VW Touareg review, too. 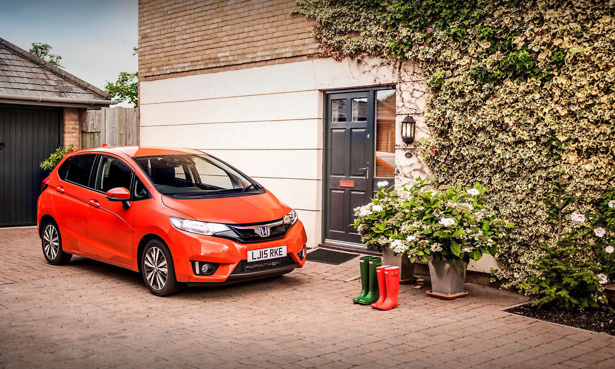 The Jazz regularly makes the list of the most popular cars on which.co.uk. It’s technically a small car, but it’s deceptively spacious inside, thanks to the ingenious ‘Magic Seat’ system. The rear seats fold flat to reveal a gargantuan boot that puts many large cars to shame.

Practicality is one side of the equation, but small cars should also be enjoyable to drive. A sense of fun is partly what propelled the Fiesta to huge sales figures. If the Jazz can balance its space and flexibility with that same exciting driving experience, then it could achieve similar success.

Head to our Honda Jazz review to see if it’s the complete package. Or find out if the Honda Jazz Hybrid did better in our tests. 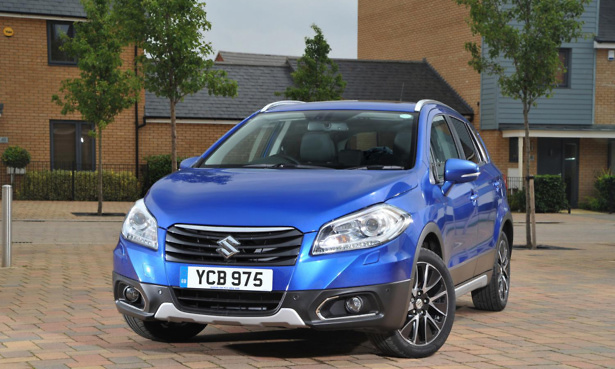 Suzuki is better known for the Swift small hatchback, but it’s the SX4 crossover that proved most popular in the first half of 2017. It’s Suzuki’s first stab at a crossover SUV. While it’s the least stylish of the bunch in our top 10, it is the cheapest.

It looks middle of the road, but things could improve once you get behind the wheel. We were impressed with the manual gearbox, and the petrol engines provide plenty of power where needed without being too boorish.

It may be cheaper than its rivals, but the S-Cross still faces an uphill struggle to be recognised next to the Qashqai.

Is it a lesser-known gem that you should choose over other compact SUVs? Read our Suzuki SX4 S-Cross for our full verdict. 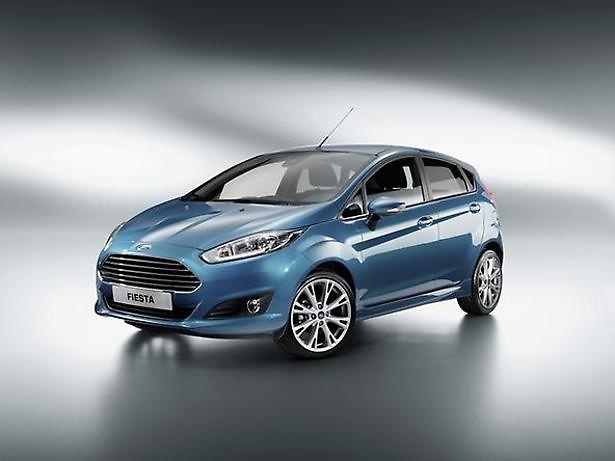 Well, the UK’s bestselling car had to be on the list somewhere. It should come as no surprise to see the Fiesta in the top 10, although considering its sales pedigree we expected it to be higher.

The enduring popularity of the Fiesta is thanks to a joyous driving experience. It’s nimble, quick, and at ease on open motorways and cramped city streets.

It’s well equipped, too; you can tinker with a Fiesta to your heart’s (and wallet’s) content, adding advanced features such as parking assist and rear cameras, and comfort improvements such as a heated steering wheel.

There’s a brand-new Fiesta on the horizon, too, which Ford will hope cements the Fiesta’s place at the top of the sales charts. A new model means you should get a good deal on the sixth-generation model, but is it worth it or should you wait for the new one?

Here’s our review of the sixth-generation Ford Fiesta. Plus, find out what we thought of the new model in our Ford Fiesta 2017 first drive review. 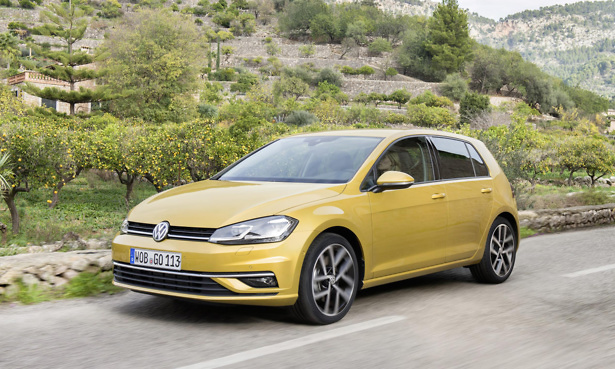 It’s another unsurprising entry at number eight: the ever-popular VW Golf. Like the Fiesta, the Golf has been around for decades and is one of the most recognisable cars on the road.

Now in its seventh iteration, the Golf is still a high-quality car with a well-designed cabin that feels well made and reliable.

It’s a solid car that feels dependable, an all-rounder that has been a mainstay on UK driveways for years. It’s not cheap, though, especially if you want a higher-spec model.

With cheaper rivals springing up from the likes of Skoda, Mazda and Seat, is the Golf still the de facto medium car of choice? Read our VW Golf review to find out. 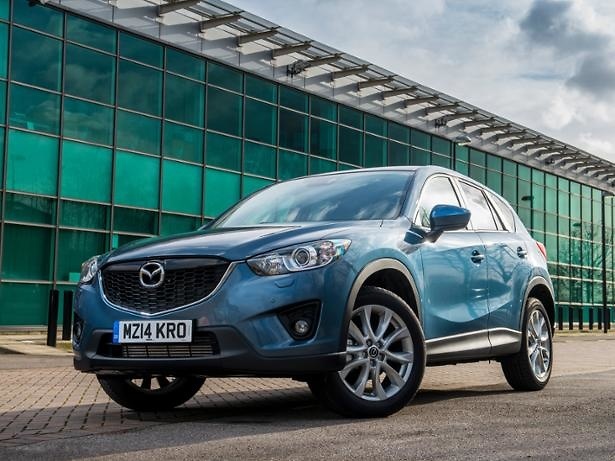 Almost half of our top 10 list is made up of small SUVs, which highlights just how popular the class has become in recent years. The 2012 Mazda CX-5 may be a little long in the tooth, but it’s still got buyers interested. And with a new model available now, you may be able to pick it up relatively cheaply.

Is it worth it, though? Well, it’s got plenty going for it: it’s big and comfy, making it an ideal family car, but it’s also unwieldy to drive. We couldn’t fault the diesel engine, however.

It may not be a driver’s car, but it should be efficient. It was the first Mazda to feature the brand’s SkyActiv technology – a host of systems designed to improve efficiency. If the running costs are low, then this could be the ideal family car.

See if Mazda’s bold mpg claims were matched by our testing in our full Mazda CX-5 review. 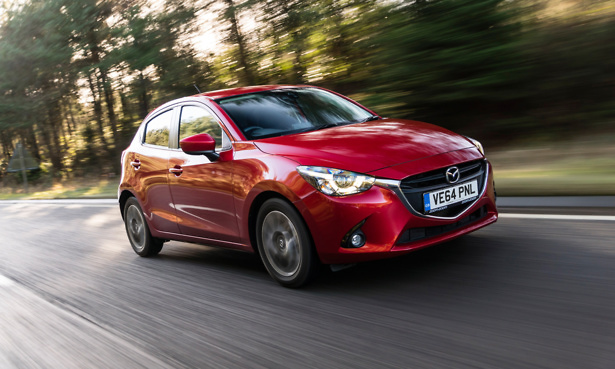 Another Mazda car completes our list, and it’s the third small hatchback. The Mazda 2 is a handsome car with a swooping roofline that gives it a sporty look. A 1.5-litre petrol engine with a choice of three power outputs keeps the car moving, and Mazda’s decision to forego a turbo-charged engine should keep running costs down.

The Mazda 2 should be a blast to drive, but practicality and interior comfort are a concern. The low roofline that looks so good on the outside isn’t likely to feel good when you’re cramped up against it in the back seat.

If comfort hasn’t been sacrificed too much, then Mazda may still have a winner with the 2. But with established competitors toeing the line between practicality and performance, Mazda will need to strike that same balance to be a success in our tests.

Head to our Mazda 2 review for our definitive verdict.