They’re three of the biggest names in the world of wearables, and Apple, Fitbit and Garmin have all got exciting developments in the pipeline. If the rumours are true, we could even see some of these changes before the end of 2017.

Here we take a look at the latest leaks from these popular brands, including the rumoured features of the Apple Watch 3, what more we’ve heard about the first Fitbit smartwatch, and how the new Garmin Vivoactive 3 will look. 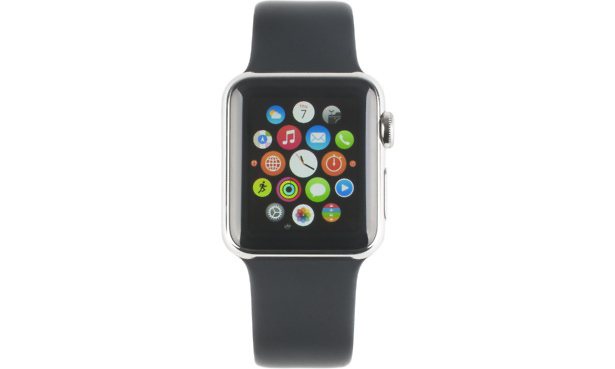 There’s no word yet on whether the Series 3 will launch this year, or if it will even be called ‘the Series 3’, but details about the next Apple wearable have started to emerge.

The most interesting and widely reported rumour is that the Series 3 will come equipped with an LTE chip for connecting directly to a mobile network. This will give you greater freedom from your smartphone, letting you create and send messages, make and receive calls, and download apps – all while untethered from your iPhone.

Plenty of wearables have been moving away from relying too heavily on a companion smartphone, adding features such as on-device app stores and built-in GPS. While this is positive – who really wants to carry their phone every time they go for a run? – there are also some limitations.

Firstly, rumour has it that the LTE capability will only be available for some networks so may not be open to all iPhone users. Secondly, there’s no word on how much extra it will cost you to add your Apple Watch to your mobile contract or how that will work – when Samsung added a Sim card slot to the original Gear S, it was set up as an additional cost with your network carrier. Adding functionality away from your phone sounds like it is going to have a big impact on the already relatively short battery life of the Apple Watch, too.

We look forward to seeing how it performs, if and when it launches later in 2017.

We’ve covered the rumours swirling around Fitbit’s first smartwatch before, but earlier this week some additional details were revealed. Speaking to Wareable, who also managed to get hold of rendered images of the device, a source close to the inner workings of Fitbit confirmed that the device should launch later this year.

There will be three bezel options available – silver, rose gold and a darker case. It looks like it will have the same button setup as the Blaze – you can find out exactly what we thought of the look and design of Fitbit’s first ‘smart fitness watch’ in our full review. If the leaked images of the smartwatch are anything to go by, Fitbit has missed the mark on style again.

The watch is also rumoured to have built-in GPS, and be waterproof up to 50 metres for use in the pool – fitness features designed to help it compete with souped-up smartwatches from Apple and Samsung. But can it execute them well enough to make it a true rival, and is it too little too late? We’ll find out when we put it to the test later this year.

In another reveal this week, Wareable obtained new details about the next hotly anticipated Garmin wearable, the Garmin Vivoactive 3. And it looks like the whole range is in for a redesign if the leaked pictures are anything to go by.

It has a round screen, which is new to the Vivoactive range. The Garmin Vivoactive HR had a rectangular screen that we found bulky and obtrusive, so a more traditional watch design is a welcome change. Hopefully it will be a wearable that’s comfortable to wear on a daily basis, rather than only being suitable for gym sessions. It looks like the Vivoactive 3 will still come equipped with a heart-rate monitor, too.

Find out how previous Garmin models performed in our tough testing by seeing all the full Garmin fitness watch and activity tracker reviews.