We’ve tested smartwatches ranging in price from £100 up to nearly £400 – a lot of cash, but pocket money compared with the cost of the latest luxury smartwatches from designer brands such as Louis Vuitton and TAG Heuer. So what do you actually get if you spend thousands of pounds on a smartwatch?

Our testing has revealed that price is by no means an indicator of performance – our cheapest and most expensive Best Buy smartwatches differ in cost by nearly £200.

Once you reach eye-wateringly high prices for smartwatches, the differences often come down to the design of the device rather than technological advances. In fact, some of the expensive devices below lack features that can be found on some cheap activity trackers.

Here we take a look at the latest luxury launches, and see how the cost stacks up against what’s on offer – is it a case of style over substance? Beware though, as you could buy all of our Best Buy smartwatches in one go for less than the individual cost of two of the three pricey prospects.

Smartwatch Best Buys – don’t get ripped off, find out which devices we rated in our tests 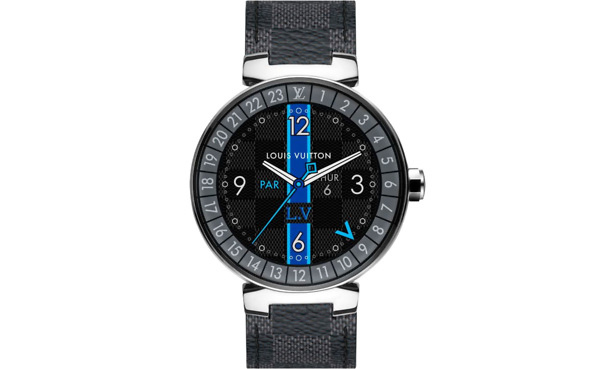 The Louis Vuitton Tambour Horizon is one of the most expensive launches we’ve seen in the smartwatch market. It runs Android Wear 2.0 and, depending on the design you pick, will set you back between £2,140 and £2,600.

The design is inspired by the range of analogue Louis Vuitton Tambour watches. It has a 1.2-inch 390×390 AMOLED touchscreen, 512MB of Ram, 4GB of onboard storage, and is water resistant to 30 metres – nothing remarkable. Louis Vuitton claims you’ll get exclusive content such as Louise Vuitton customisable watch faces, the MyFlights app (which is free to download for your smartphone anyway) and the Louis Vuitton City Guide app. The charger has LV branding, too, so wherever you charge your smartwatch everyone will be sure to know it’s designer.

Behind the designer look, however, there’s a noticeable lack of advanced features – there’s no built-in GPS, heart-rate monitor or NFC payment support. It may not be a fitness-focused device but we’d want every option available given the price. The 22-hour battery life claim is a little disappointing for such a pricey watch, too. The Samsung Gear S3, for example, gave us more than four days of use per charge – double the claim of the Tambour Horizon. 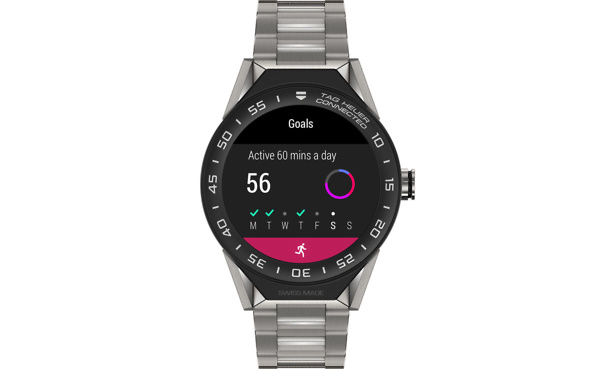 The original TAG Heuer smartwatch launched in 2015, and was deemed such a success by the luxury Swiss manufacturer that in early 2017 the second edition was announced – the Connected Modular 45. There are 56 different design options available, starting at £1,200 right up to £5,700 for a device with a diamond-encrusted bezel.

The Connected Modular range is inspired by the TAG Heuer Carrera analogue watches, and there’s plenty of options for customisation including a choice of calfskin, ceramic or titanium straps, and rose gold, black or titantium buckles.

The Connected Modular 45 runs on Android Wear 2.0, and has similar specifications to the Tambour Horizon – it’s got 512 MB of memory and 4GB of onboard storage, a 400×400 resolution AMOLED display and up to 25 hours of battery life per charge. The TAG Heuer companion app lets you browse custom watch faces. Unlike the Louis Vuitton Tambour Horizon, the Connected Modular 45 comes with built-in GPS for tracking your position even without your smartphone.

While the TAG Heuer Connected Modular 45 has a few more features than the Louis Vuitton offering, it’s still undeniably expensive. It doesn’t offer anything groundbreaking, and you could buy one of our Best Buy devices for yourself and two friends for the same price as the cheapest design. 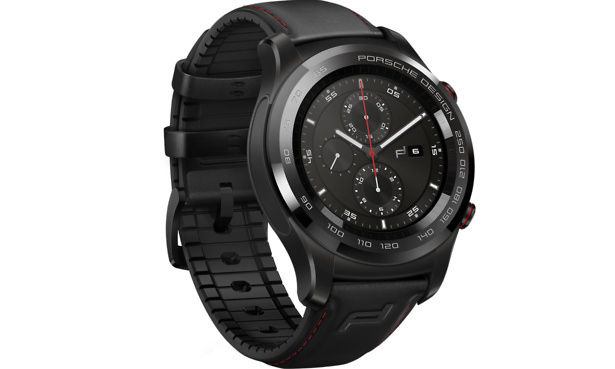 The final place in our list of ludicrously priced timepieces goes to the £720 Huawei Watch 2 Porsche Design. We’ll be testing the Huawei Watch 2, which starts at £329, later this year and hope to see it perform well in our testing. It has a wide range of features, including a built-in heart-rate monitor and GPS, a speaker, NFC payment support and 4GB of onboard storage. You can find out what our initial impressions of it were in our Huawei Watch 2 Sport first look review.

The pairing with luxury car brand Porsche, however, adds a whopping £341 to the price – enough to buy one of our Best Buy Huawei smartphones to pair with your wearable device. To find out which other phones you could pick up with the money you could save by side-stepping the Porsche speedometer-style Bezel, head over to our Best Buy mobile phone reviews.