The Advertising Standards Authority (ASA) recently fined John Lewis for a ‘misleading’ price on a home-entertainments bundle. So we’re taking a closer look at a few popular bundle offers from other retailers, to see whether the savings are as good as they seem.

So don’t have the wool pulled over your eyes. Here we show you how bundle discounts might not be all they seem, and give you some tips and tricks on finding the best price for your new home-entertainment system.

Best Buy TVs – make sure you’re spending your money in the right place.

Shop around for a bargain

While a bundle might be a great saving on the prices listed at that particular store, other retailers may be selling the exact same models for less.

For example, a current bundle offer at Currys/PC World claims a huge saving of nearly £400 when you buy a TV, sound bar and 4K Ultra-HD Blu-ray player together. But when we compared prices across retailers, the saving was closer to £100.

You can’t currently buy the TV on its own, but Currys/PC World offers the TV and Blu-ray player together for £1,099. Currys/PC World also lists the sound bar separately at £599, so that’s a decent saving of just over £200.

Head over to retailers Crampton & Moore or Peter Tyson and you’ll find the sound bar for £499. If bought along with the TV and Blu-ray player from Currys/PC World, it’s still £100 more expensive than the full bundle offer.

But price-tracking data also shows that a couple months ago, the sound bar could have been as cheap as £410, cutting the overall money saved when buying this bundle down to just £10.

Check out our expert reviews of the Samsung UE49MU7070 TV and UDB-K8500 Blu-ray player. 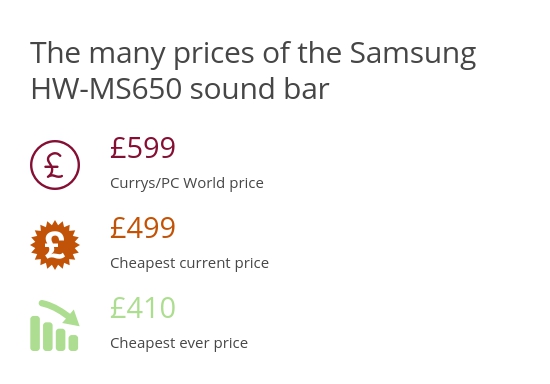 Choose the right time to buy

Prices are always changing. The same products can differ by £100 or more from week to week. As with the John Lewis and Currys/PC World bundles above, the savings aren’t as good as they first appear if you consider how low the prices of certain items have been. We found another example of this in an offer from Argos.

But price-tracking data shows that you could have found the Blu-ray player for £249 only a month ago. Had you bought the TV and Blu-ray player separately in June, you would have paid £20 less than the supposed offer advertised by Argos. 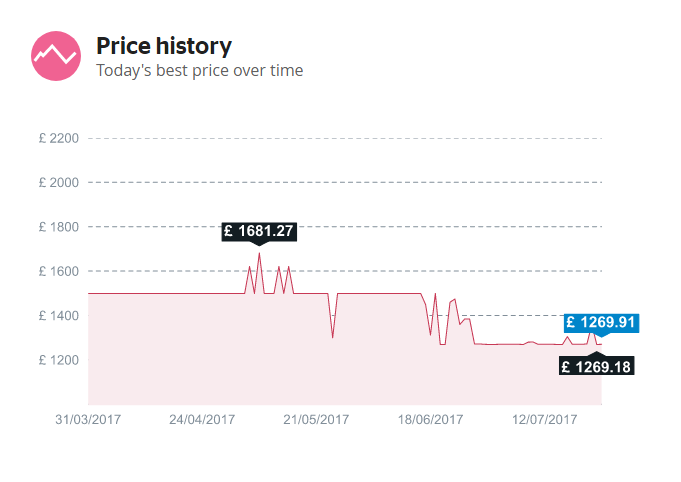 That’s why we help you find the right time to buy specific products. Head to the ‘Where to buy’ section of our TV reviews to see how prices of individual products have fluctuated. If you’re a Which? member, for every TV we tell you whether this is a good time to buy, or whether it’s worth waiting as the price is likely to drop further, like in the image above.

Find out if this Blu-ray player is worth it in our LG UP970 review.

How much are you really saving?

Watch out for big bundles where the savings are calculated using the RRP instead of the current price. Take a Richer Sounds home-entertainment bundle, for example. Buy the Samsung UE50MU6100 along with the Yamaha RXV381 receiver and the Canton Movie 75 surround sound system together at Richer Sounds, and it claims you’ll save £398. 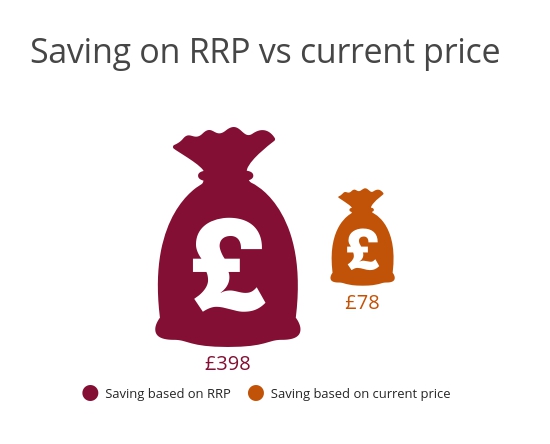 Opting for this bundle would save you money over buying them separately. But it’s important to realise that this £398 saving is on the RRP rather than the current price.

Richer Sounds matches the lowest price available for these individual items. Adding up the price for the TV and sound system comes to £1,077, which is £78 more expensive than the £999 bundle price. But that’s a fraction of the £398 advertised saving on the RRP.

Not sure whether you need a sound bar or surround sound system? Our expert guide helps you decide.

Buying a home-entertainment bundle isn’t always a bad deal – these are just a few examples we’ve found where the advertised savings perhaps aren’t all they seem.

Following John Lewis’s recent fine from the ASA, its Panasonic TV and sound bar bundle seems upfront about the actual saving. It shows the current prices – rather than the RRP – of both the Panasonic 58EX700B TV (£949) and the SC-HTB488 sound bar (£219) listed on its website, advertising a saving of £150 if bought together.

Price-tracking data shows the sound bar could have been as low as £175 at one time, but you’ll currently only find the sound bar listed £20 cheaper than John Lewis at a smaller retailer, Sonic Direct. Sonic Direct also currently sells the TV for £879 – the lowest price it’s been since the TV launched in April.

So even when you find the best current price for the TV and sound bar, it comes to £1,079 – that’s still £61 more expensive than the John Lewis bundle.

Our rigorous, independent tests reveal the best products. Find out if this TV is worth the money in our expert Panasonic 58EX700B review.

If you’re looking for a new TV, you may end up paying a couple of hundred more than planned if you’re drawn in by the savings on a bundle. But you could not only end up with products you don’t need, but also duff Don’t Buys that aren’t worth the extra cost.