After a two-year wait, what was potentially the worst-kept secret in Apple history was finally revealed – a new Apple TV is coming, and it’s bringing 4K.

As you might have guessed, it’s going to be called Apple TV 4K, and it’s a much-needed refresh to an internet-TV box that had fallen way behind the competition.

The biggest difference between 2015’s Apple TV and the new Apple TV 4K is in the name, but this new model will also offer a Siri-powered voice-control remote, a vastly expanded library of content and HDR picture quality (more on that later).

Best Buy internet TV boxes – the best boxes on the market from a range of brands.

What can the Siri remote do? 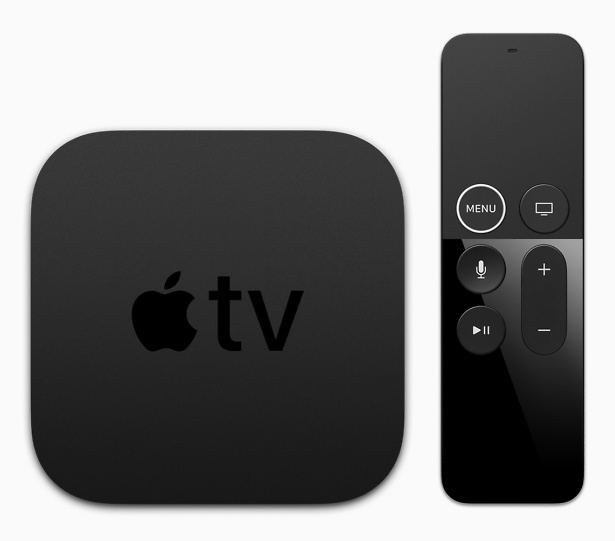 Granted, this feature would be a lot more exciting if we hadn’t already seen basically the exact same thing with the new Amazon Fire TV Stick with Alexa Voice Remote, but that doesn’t make it any less necessary or important.

It functions along much the same lines: you simply utter ‘hey, Siri’, followed by a command like ‘find 80s movies’, and it will duly oblige without you having to lift a finger.

Another feature shown off at Apple’s big keynote was how it integrates with live TV channels, so if your favourite team are playing you can ask it to show you their game and it will jump straight to it. Unfortunately this seems like it’s only a US feature for the time being, but don’t be surprised if similar functionality creeps its way across the pond.

What is there to watch? 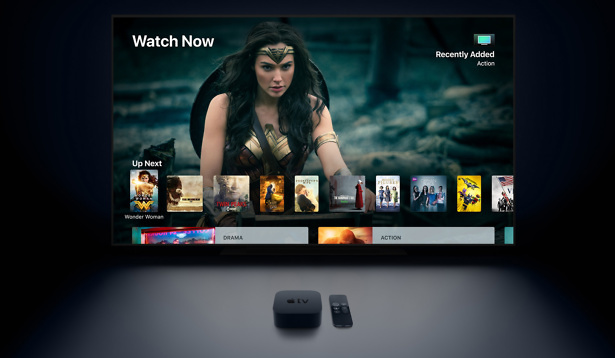 The most important addition to the Apple TV 4K is the inclusion of both Netflix and Amazon Video. You might be surprised by the number of streamers that don’t support apps for both services, with the original Apple TV perhaps being the biggest name of the lot.

Fortunately for us, Apple has finally worked out its differences with Amazon and will be offering its app on the Apple TV 4K, as well as the ubiquitous Netflix, which means a nice meaty selection of 4K HDR content, too.

Live TV now plays a big part of the Apple TV experience. The TV app will support over 60 services and, while a sizeable majority of those will only be available in certain regions, it’s a definite improvement. Combine that with the Siri remote’s ability to browse live TV and you’re looking at a much more comprehensive media-viewing package than we’re used to seeing with Apple TV.

Then there’s the iTunes store, of course. Not much has changed here – you’ll still have access to Apple’s deep library of films and TV shows, but now you’ll have access to 4K titles, too. The big news, though, is that those 4K titles will be priced the same as Full HD. Not only that, but any HD purchases you’ve made in the past will be automatically upgraded to their 4K version, where possible, for free. It’s rare for Apple to give away anything, let alone premium content, so colour us surprised. 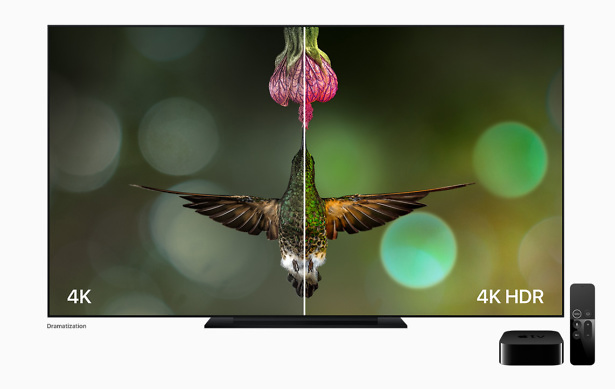 Apple made a big fuss over its new box not just being able to play 4K content, but content in 4K HDR. HDR stands for high dynamic range, and makes the picture look more rich, deep and colourful, in addition to the sharpness and clarity added by the additional pixels of 4K.

It’s pretty common for 4K and HDR to be combined (for example with the Google Chromecast Ultra), but it’s still nice to know that the Apple TV 4K will be offering it. After such a long wait for 4K it would have been tragic if it had got it wrong.

How much will Apple TV 4K cost? 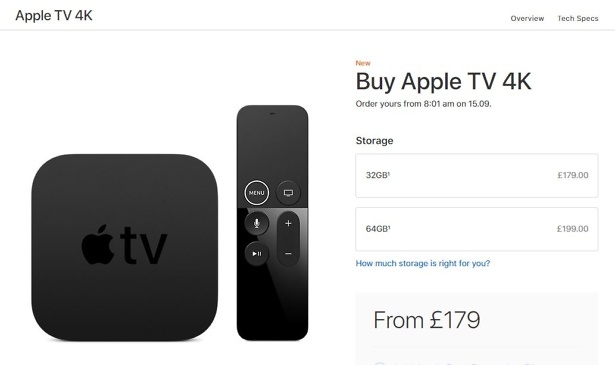 £20 extra for double the storage would normally be a very good deal, however, we’d suggest you really consider whether or not you’ll need that much on a device overwhelmingly designed for streaming media, rather than locally stored media. It’s nice to have space for apps and maybe some albums or a film or two, but even 64GB wouldn’t allow you to house that many.

The Siri remote comes as standard, but an HDMI lead doesn’t. Infuriatingly, you’ll have to provide your own before you can actually hook it up to your TV set.

We’ll be testing the Apple TV 4K in our lab as soon as we can so will bring you the full results when we have them.