iPhones have previously had an aluminium back. However, Apple has replaced this with glass to support wireless charging, which means you won’t need to plug a Lightning cable into the new models to charge them.

Mobile phone reviews – our expert verdict on the latest phones.

The smaller iPhone 8 has a 12Mp camera, which Apple says lets in more light than the snapper on the iPhone 7, so you should expect better image quality in low light. The 8 Plus has two 12Mp cameras on its back, much like the 7 Plus, meaning you should be able to capture even more detail. 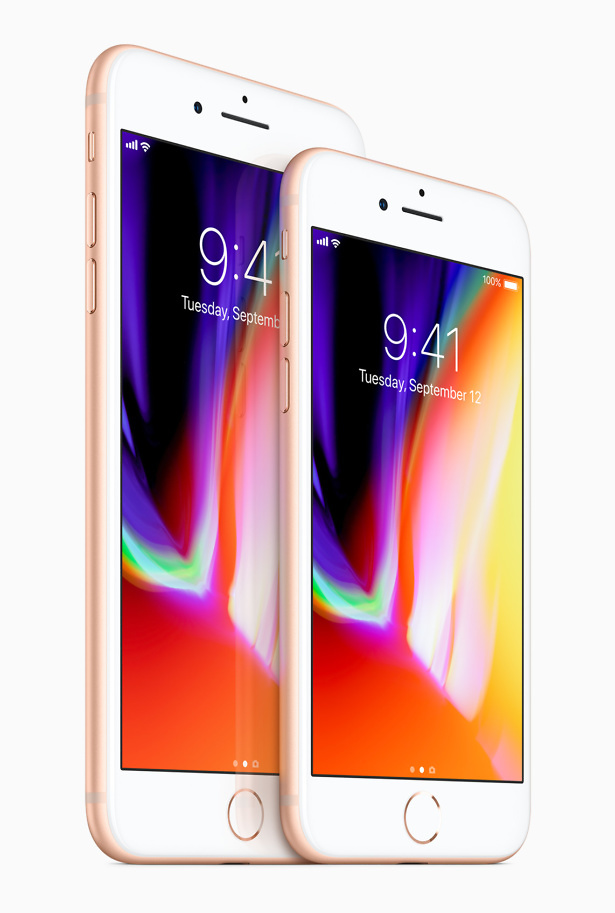 We’ll be sending the new iPhone 8 and 8 Plus to our Test Lab as soon as we can to bring you our definitive verdict. Below, we cover everything you need to know about the new iPhone X, the Apple Watch Series 3, and the Apple TV 4K. You can also keep scrolling to read our live coverage from the event.

The new iPhone X will start from £999, which is enough to make you tremble. But what does it have to justify this price? 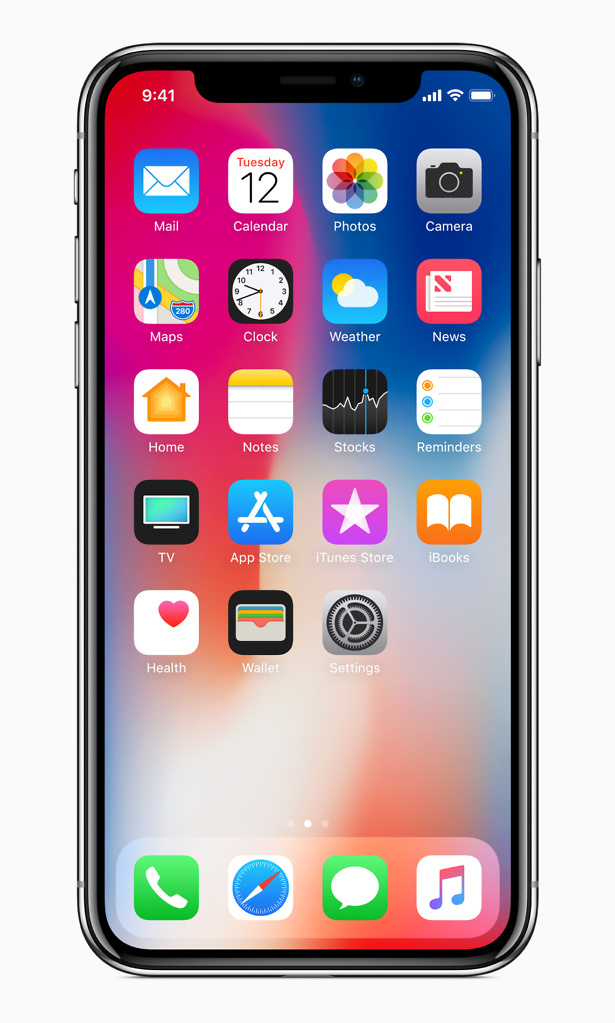 Many of the leaks and rumours about the iPhone X’s design proved to be true. It has an edge-to-edge 5.8-inch screen for a sleek and stylish look. The display is marketed as ‘super retina’, with a 2,436 x 1,125 resolution, so you should expect it to be incredibly vibrant and clear.

The iPhone X also has Face ID, which means you’ll be able to unlock the phone with your face rather than a fingerprint scanner. The eagle eyed will have immediately spotted that there’s no home button either – you simply swipe up to access the home screen, provided the phone recognises your face.

As with the 8 Plus, there are two rear cameras – one has a telephoto lens, the other is wide-angle. Apple promises fantastic reproduction of colours, and brilliant image quality in low light. Both snappers also have optical image stabilisation, which means the X should take blur-free and clear photos even when you’re on the move. 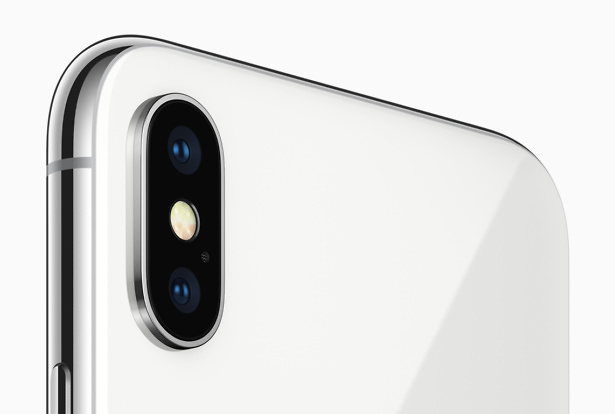 In terms of battery life, Apple claims that the X will last for two hours longer than the iPhone 7. Like the 8 and 8 Plus, it will also support wireless charging.

If you’re really excited by the sound of this phone, you may be disappointed that you’ll have to wait until 27 October 2017 to pre-order it, and until 3 November for it to land in your hands. Like the 8 and 8 Plus, you have 64GB and 256GB versions to choose from, with the latter costing £1,149 to buy outright.

We’ll send it to our lab as soon as we can, to put it through our assault of smartphone tests. It will have to be absolutely exceptional to be worth its price, so you may want to wait for our expert test results before parting with your cash.

The Apple Watch Series 3 was the first new product announced by the American company at its big annual event.

Its built-in cellular connection is arguably its most important feature. This means you won’t need your iPhone close to you to be able to use the watch’s features. You’ll also be able to make calls with the new Apple Watch, using the same number used by your iPhone. 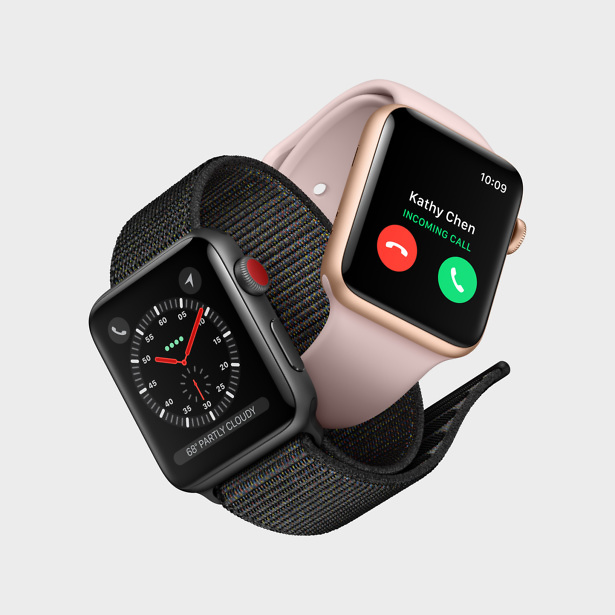 Apple has made some enhancements to the heart-rate app too. Most notably, Apple claims it should be able to detect heart-rate abnormalities, and let you know about them. There are also a few more measurements displayed in the app, such as your resting heart rate.

The Apple Watch Series 3 with cellular connectivity will cost £399, while one without it will cost £329. You can pre-order it from 15 September 2017, and it should start shipping a week later.

This is the first Apple TV launch for two years, which finally brings support for 4K content.

Many TV and film-streaming services have been making quite the fuss over their 4K content, but owners of previous Apple TV boxes have had to go without. 4K content is also coming to iTunes, and Apple says it will cost the same as HD content.

The Apple TV 4K comes with the A10X Fusion chip – the same as in the iPad Pro. It’s claimed to work two times faster than the one in the last Apple TV, with faster graphics processing too.

If you missed our live coverage of the Apple event, read on.

17.59 – The livestream has started. We’re currently being treated to ‘All You Need Is Love’ by the Beatles and footage of the Steve Jobs Theater.

18.02 – The event has started. There’s a voiceover of the late Steve Jobs telling us about the importance of making something wonderful. The pressure is on… current Apple CEO Tim Cook takes to the stage.

18.07 – Tim Cook says we’re going to be hearing about a lot of new products. No surprises there.

18.11 – Before we get to hear about the new products, we’re being told about the new Steve Jobs Theater – and hearing an update on retail.

18.19 – The first new Apple product has been unveiled: the new Apple Watch, which will run on watchOS 4.

18.26 – Apple is making enhancements to the heart-rate app on the new Apple Watch. For instance, you can see your heart rate just by raising your wrist, which might be useful if you want to have a quick look during a run. You’ll also see more measurements, such as your resting heart rate. The new Apple Watch should also be able to detect heart-rate abnormalities, and communicate these to you.

18.28 – The new device is called Apple Watch Series 3, and it has built-in cellular connectivity, but at the moment, it will only work for EE customers in the UK. This means you won’t need an iPhone with you to use its features, so you can leave your iPhone at home while popping to the shops and still be able to message friends and family. You can also stream songs on Apple Music using the cellular connection.

18.30 – It’s compatible with AirPods, Apple’s wireless headphones. Apple has also improved how Siri works on the new device – the voice assistant will now speak back to you. Plus you can have phone calls via the Apple Watch Series 3 on the same number as your iPhone.

18.42 – The new product is called the Apple TV 4K, so will support high-definition 4K content plugged by so many TV and film-streaming services. That’s another rumour proven to be true.

18.46 – The Apple TV 4K comes with the A10X Fusion chip – the same as on the iPad Pro. Apple claims it’s two times faster than the one in the last Apple TV. 4K content is coming to iTunes for the same price as HD content. Apple also says it will upgrade your previous movie purchases on iTunes to 4K.

18.55 – And now… the new iPhones. First of all, a history of how the Apple iPhone has changed the world – according to Apple, that is.

18.57 – There’s a lot of teasing about the new products. It’s a bit like a very prolonged drumroll.

18.58 – The first iPhones to be announced are… the iPhone 8 and 8 Plus. Their backs are made from glass instead of the aluminium build we’ve seen in previous years. You’ll be able to buy them in silver, grey and pink.

19.00 – They will be powered by a processor called the A11 Bionic. It’s apparently 25% faster than the A10 Fusion chip, found in the iPhone 7 and 7 Plus. The new processor should also help it to take better photos, with faster autofocus.

19.02 – The iPhone 8 will feature a 12Mp camera, which apparently lets in 80% more light than the snapper on the previous iPhone. That means you should expect better image quality in low light. Plus it has a more dynamic colour range, so colours should be really brought to life. The 8 Plus has two 12Mp cameras on the back, with Apple claiming that this lets you capture more detail in your shots.

19.06 – Apple is now claiming that the iPhone 8 takes the crown for best video quality. We’re being promised faster frame rates (240 frames per second), and real-time image and motion analysis. We’re looking forward to seeing if there’s any truth in these claims when we send the new models to our test lab.

19.13 – The iPhone 8 and 8 Plus will support wireless charging. That means you’ll be able to place them on a charging mat, rather than going through the rigmarole of inserting a cable to boost juice. It’s not especially innovative, as we’ve seen this feature on other smartphones, but it’s the first time we’ve seen it with Apple iPhones.

19.19 – And now, the news we’ve all been waiting for: the announcement of the iPhone X.

19.25 – The iPhone X has Face ID. This means you should be able to unlock the new iPhone with just your face – even less effort than using a fingerprint scanner. There’s no home button, either – you simply swipe up to access the display, as long as the iPhone X recognises your face.

19.30 – You can also use Face ID to authenticate payments via Apple Pay.

19.31 – We’re now being told about Animoji, which lets you personalise emojis. You can change the expressions of 12 emojis using your face via iMessage. These emojis currently include a monkey, a pig and an alien.

19.42 – The iPhone X has two 12Mp cameras – one has a telephoto lens and the other is wide angle. As with the iPhone 8 Plus’s cameras, you should expect better reproduction of colours, and brilliant image quality in low light. Both lenses have optical image stabilisation too, which means it should take stable photos without any blur even if you’re taking a shot on the move.

19.43 – It has the same A11 Bionic chip as in the previously announced iPhone 8 and 8 Plus. We’re being told again just how nippy it is.

19.44 – Apple says the iPhone X will last for two hours longer than the iPhone 7 before needing a recharge. It will also support wireless charging, as with the iPhone 8 and 8 Plus.

19.45 – We’re now being treated to an announcement we weren’t expecting: the AirPower charger. This is an Apple charging mat on which you can charge your iPhone 8, 8 Plus or X, as well as an Apple Watch Series 3 and AirPods – and all at the same time, if you like. It should be available from next year.