Samsung has unveiled the Galaxy Note 8, and one of the many highlights is a powerful dual lens camera that can help breathe new life into your pictures and videos.

Although Samsung is keen to boast about its first dual camera system, you might be wondering exactly what this technology can offer, and whether it can help to justify this mobile’s high price.

Below, we explain the nuances of the dual lens camera and showcase some popular recent models that have also got behind this new trend.

You can also read our Galaxy Note 8 first look to get a taster of the device’s capabilities, and watch the video below for an instant preview.

What is a dual lens camera?

Put simply, a smartphone with a dual lens camera has two camera lenses on its back. Often this involves a more powerful lens working alongside a ‘backup’ lens, which captures that extra little bit of detail and light that the main lens might miss. As the two lenses are working together to create one shared image, the picture quality is usually better than it would be on a single-camera phone.

But not all dual lens cameras are created equal, and while most can offer similar advantages, it’s worth getting to know the jargon a little better if you’re shopping for the perfect smartphone snapper.

Bokeh is a Japanese term by origin, and it refers to a portrait photo with a blurred background. By manually adjusting the focus of your shots, you can make subjects stand out. 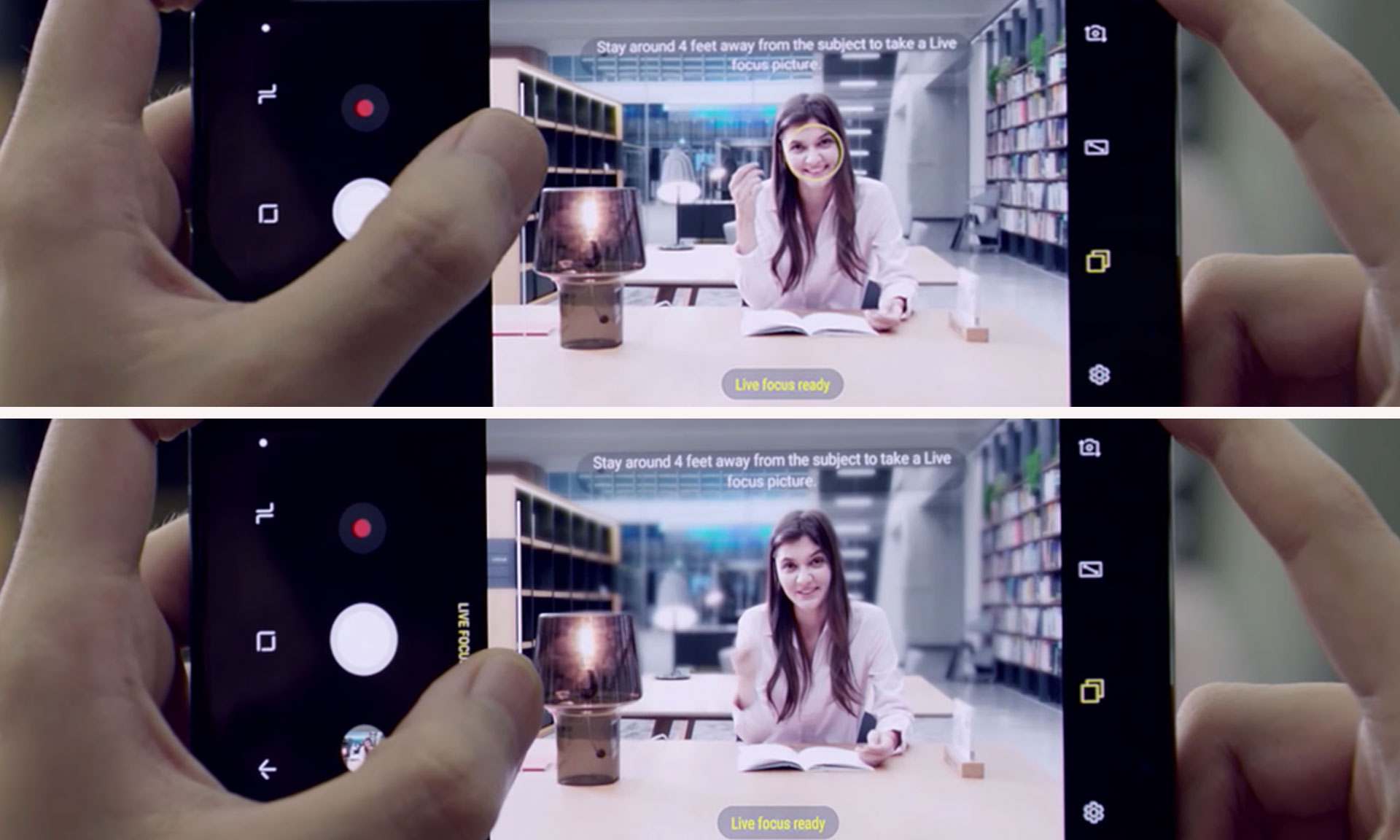 The effect was debuted on mobile phones by HTC on its M8, and it has been more recently popularised by other phones including the OnePlus 5 and iPhone 7 Plus. The same effect can be achieved on the Note 8, although Samsung has labelled it ‘Live Focus’. You can watch a demo of it a little further down the page.

A dual lens camera can add optical zoom to a smartphone’s list of tricks by serving up more detail than digital zoom. Shooting with optical zoom is like using a true zoom lens on a normal camera, so you can zoom in without losing clarity.

Digital zoom means the smartphone will enlarge the centre of the image and crop the edges of the picture. Picture quality gets worse as the pixels are enlarged. Phones like the OnePlus 5 and iPhone 7 Plus avoid this with a dedicated ‘zoom’ lens.

Wide-angle pictures show off more of what you’re pointing your camera at, which is basically the opposite of a telephoto image. The LG G6 took a different approach to dual lens rivals by including a wide-angle rear-facing camera that saves you from having to step backwards to cram subjects into frame. There’s also a 100-degree wide-angle front camera, which is handy if you’re trying to grab a selfie that also shows off your surroundings.

As the name implies, this refers to black-and-white imagery capabilities – well suited to taking arty photos. The newly announced Essential Phone has a dedicated monochrome sensor for black-and-white photography, so we’re looking forward to trying it out for ourselves. If you can’t wait, the popular Huawei P10 and P9, along with the Honor 8 and the new Nokia 8 got there first.

It’s a little surprising to think that the Galaxy Note 8 is the first Samsung smartphone with two lenses on the back. But it has joined the dual camera party with aplomb. A 12Mp telephoto lens sits next to a 12Mp wide-angle lens, and you can capture objects from far away with 10x digital zoom and 2x optical zoom.

It’s the first mobile phone to offer OIS (optical image stabilisation) on each of the dual lenses, so in theory that should make it easier to take clear pictures even with a shaky hand. The pair of rear-facing cameras are sat right next to the Note 8’s fingerprint sensor, though – hopefully, smudging the lenses when trying to unlock your phone won’t become an issue.

Samsung’s Live Focus feature is one of the highlights of the new phone, and allows you to manually adjust the focus of a picture to emphasise a specific object or person. Dual capture mode means both rear cameras take a picture simultaneously, letting you save one close-up shot and one wide-angle alternative.

Flip the Samsung Galaxy Note 8 over and you’ll spot an 8Mp front-facing camera, although it’s not supported by OIS. It’s also worth noting that a higher megapixel count doesn’t always mean a higher-quality image. We’ll see just how effective the camera system on the Galaxy Note 8 is when we send the smartphone to our Test Lab.

How we test smartphone cameras

We rigorously test each and every smartphone passing through our Test Lab, paying close attention to the cameras. Our experts capture a variety of photos in varying levels of light to see how smartphones can keep up throughout the day, and we test up-close-and-personal shots too. While our range of Best Buy smartphones have impressive cameras that offer up plenty of detail, pictures taken on a Don’t Buy mobile are often lifeless and blurry.