A new health and living range of products will landed in Lidl from Thursday 28 September, including the devices below and the £20 Sanitas SBF 70 Bluetooth diagnostic scales, and will be available for as long as stocks last. But is it worth seeking out the Sanitas Bluetooth Activity Sensor, and should you draw for its Blood Pressure Monitor?

It’s been a busy time for Lidl lately. Just recently, a clothes collaboration with Heidi Klum saw customers queuing out the door, leading to a whopping 106 items being sold a minute.

These cost-effective Sanitas trackers are unlikely to whip up such a frenzy, but how do they compare with other devices in terms of specs and features? Below we take an initial look at what’s on offer. Or, click the link for our full Lidl Sanitas SAS 75 first look review. 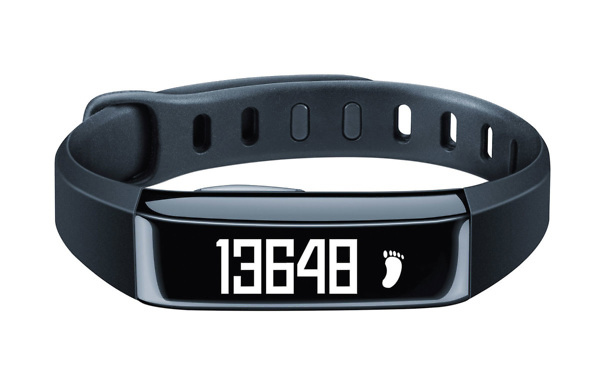 At just £24.99 this activity tracker is a great budget buy for fitness fans. The specs include:

At a glance the features are similar to a lot of the fitness trackers we’ve tested from a range of price points. The tracker doesn’t include some of the more useful features that are becoming common, such as a built-in heart rate monitor.

Being able to monitor your heart rate from your wrist has a variety of benefits, including helping you to track your progress over time. It may seem like a lot to ask for from such a cheap device, but the Xioami Mi Band 2 does include a heart rate monitor and can be picked up for around the same price.

There’s no detailed word yet on the battery life of the tracker, but it will need to be decent for those looking to wear their device every day. The Sanitas Bluetooth Activity Sensor is also not the most sleek and attractive tracker around, which might mean you’ll think twice about wearing at work or when out in the evening – somewhat defeating its purpose.

The accuracy of the data it collects is vital, particularly for those looking to improve their health and fitness levels. While there isn’t a correlation between price and accuracy, established brands such as Apple, Fitbit or Garmin tend to perform better during our testing because they have more user data at their fingertips to help improve the tracking algorithms.

It has a screen to show figures (a feature which some basic trackers don’t have) and Lidl claims there’s enough memory on the device itself to store 30 days’ worth of activity tracking data. It’s likely you’ll view most of your metrics through the companion Sanitas HealthCoach app on your smartphone though, where you can also see data from the blood pressure monitor and more.

However, the app has nearly 3,000 one-star reviews on Google Play and there are plenty of reports of bugs and issues. We test and rate every companion app in our thorough testing of fitness watches and activity trackers, so you can be sure that any tracker we recommend will have you covered on your wrist and via the app. 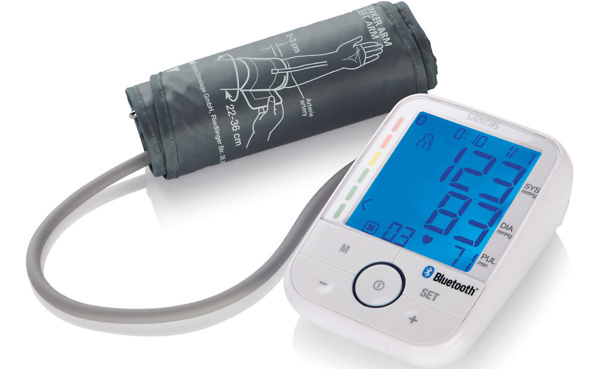 The Sanitas Bluetooth Blood Pressure Monitor is worn on the arm, and costs just £19.99. The specs include:

It’s a little light on features, which isn’t surprising given the price. Spending a little more on a blood pressure monitor tends to bring extra abilities, such as the facility to memorise previous readings for future reference, or date- and time-stamp functionality. It also uses the same HealthCoach app as the tracker, which is useful for building up a complete picture of your health and activity. However, we have concerns about the quality of the companion app.

If you want to bag a bargain, then opt for one of the models we recommend and check out our pick of the top five blood pressure monitors for 2017.