Flushed with the success of the original Echo, Amazon is diversifying with three new devices: the all-new Amazon Echo, the Echo Plus and the Echo Spot.

Amazon only released the Amazon Echo in the UK last year, but US residents had been enjoying Alexa’s repartee since 2014.

With the Google Home smart speaker now established and a slew of others on the horizon from the likes of Apple and Harmon Kardon, it was time for Amazon to create new devices for Alexa to live in.

It gave her three and here’s everything we know about them from the launch event.

Top smart hubs for 2017 – does the original Echo feature in our best smart hubs selection?

The second-generation Echo is smaller and better-looking. In a nod to its arch-rival, the Google Home, it will also have a range of finishes, including oak, sandstone, silver and walnut, so it will be easier to match it to your decor.

As for what’s under the attractive new shell, there is a redesigned speaker. Amazon knows how people are using the Echo and our own research has found that the majority use it to play music. Such usage data, coupled with Apple’s HomePod being very much a sound-quality-first smart speaker, has most likely led to the new Echo’s design having an emphasis on audio.

A tweeter and a 2.5-inch woofer will handle the audio and Dolby technology will process the sound. Amazon says the new set-up will deliver crisp vocals and dynamic bass.

Despite it bringing better sound (supposedly) and better design, it’s coming in at a lower price of £89 when it’s released later this year; the original Echo launched at £150. So what’s the catch? Well, it’s not a smart hub anymore.

The all-new Echo and Echo Plus effectively split the original Echo in two: the Echo Plus is what you’ll need to fork out for if you want a hub to control your smart tech. If you go for the second-generation Echo you’ll still be able to speak to Alexa and ask her to set timers, order a pizza and play music, say, but she won’t be able to adjust your smart thermostat or dim your lights.

Speaking of speaking, the new Echo will be better at picking out your voice thanks to second-generation far-field technology.

The second-generation Echo is available to pre-order on Amazon’s website for £89 (£99 for some of the finishes) and will be released on 31 October.

You can see how we rated the original Echo for sound in our Amazon Echo speaker review. 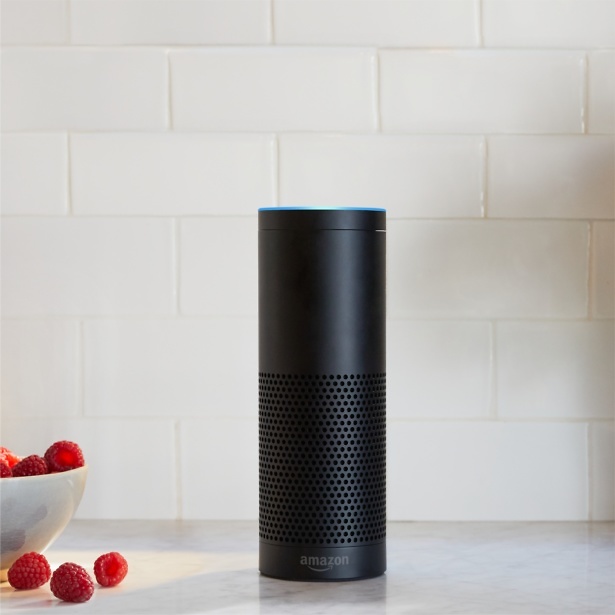 The Echo Plus looks familiar. In fact, it’s tough to tell the difference between this and the original Echo. The tall black perforated tower does hide new speakers though: the same tweeter and 2.5-inch woofer that’s in the second-generation Echo.

It’s pricier, too, but at £139 it’s still cheaper than the original Echo was. You’re paying for the smart-hub capability, really. If your house is chock-full of smart light bulbs, plugs and sensors, the Echo Plus is your best bet.

It would’ve been nice if Amazon had given the Plus a few snazzy finishes. With no sign of walnut or oak you’ll have to settle for the familiar options of black or white, or a new silver option.

The Amazon Echo Plus is up for pre-order now and will be winging its way to you on 31 October. 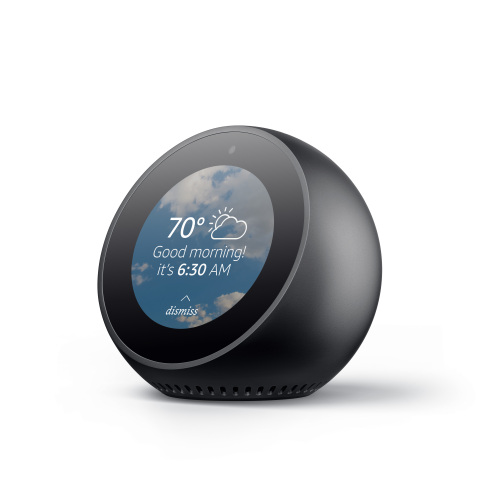 Certainly the most distinctive member of Amazon’s new Echo family is the Spot. The globe-shaped speaker has a flat edge with a 2.5-inch touchscreen and a front-facing camera.

Amazon sees the Spot as the natural progression of the Echo Dot. The Dot was a third of the price of Echo in the initial line-up, and could connect to existing speakers via Bluetooth or a cable. The Spot connects to speakers in the same manner, compensating for the small speaker inside that’s hardly the most effective way to listen to music.

Like the Echo Plus, the Spot is a full-featured hub capable of controlling your smart tech. It has an added benefit over the Plus, too: since it has a screen, you can use it for monitoring your wireless security cameras.

The screen will let you see your calendar and the weather, and watch videos. The camera means you can make video calls on it, too.

You can’t pre-order the Echo Spot in the UK yet, but US customers can secure one now for $129 (£119) and it will release in December.

And that’s not all

Why launch three new Echo devices when you can launch five?