The Google Pixel 2 and Pixel 2 XL are now available, and we’ve had our hands on both. See our first impressions below and take a look at the competition.

With so many Android smartphones to choose from, and rivals really upping their game in 2017, Google has a challenge on its hands if it hopes to offer something fresh with the Pixel range. The clever Google Assistant service may live at the heart of the Pixel 2 and Pixel 2 XL, but what else can the pair do to stand out from the crowd? 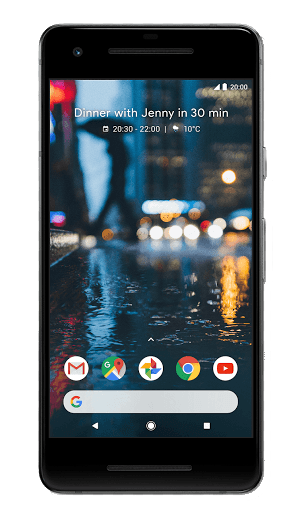 This is the Pixel 2, the cheaper of the two new Google phones. It’s powered by a Snapdragon 835 processor and 4GB of Ram, enough to handle multitasking and run the latest games. Like the original Pixel, it has a 5-inch display. Interestingly, you can squeeze the Pixel in your hand to open up Google Assistant. While the original Pixel launched at £599, its follow-up starts at £629.

We tried out the Pixel 2 for ourselves to see how its 12.2Mp camera coped in low light, also paying close attention to battery life across a full working day.

If you like the look of the Google Pixel 2 but want to keep your options open, we’ve rounded up some other mobiles that might grab your attention. See how they stack up in the gallery below:

Proving itself one of the most-talked-about phones of the year, the Galaxy S8 features an attention-grabbing 5.8-inch edge-to-edge display. It has a 12Mp rear-facing camera and 64GB of storage, which you can add to thanks to micro-SD card support (something the Pixel can’t offer). You won’t spot Google Assistant on the S8 – it uses Samsung’s new Bixby personal assistant instead.

Like the sound of a squeezable smartphone? The £599 HTC U11 did it before the Pixel 2. This Android smartphone has a slightly larger 5.5-inch display, and you can squeeze it to open the camera and take a picture or video. If you have a favourite app, you can assign that to a squeeze, too. The HTC U11 is dust and water resistant, with a 12Mp rear camera.

Our experts have put the squeezy HTC through its paces. Before you think about parting with your cash, head over to our HTC U11 review.

The LG G6 launched at £649 back in April, but it has since been treated to a price drop. This Pixel rival has a 5.7-inch display, and it’s easy to use with one hand thanks to the 18:9 screen ratio, which means it’s twice as long as it is wide. If you don’t like the large ‘chin’ on the Pixel 2, you might prefer the design of the G6. It has dual 13Mp rear cameras that work together to help you take shots from a distance.

At the time of writing you can pick up the 32GB LG G6 for £500 from Carphone Warehouse, making it over £100 cheaper than the most affordable Pixel 2 model. See our full LG G6 review for more details on this mobile’s key features. 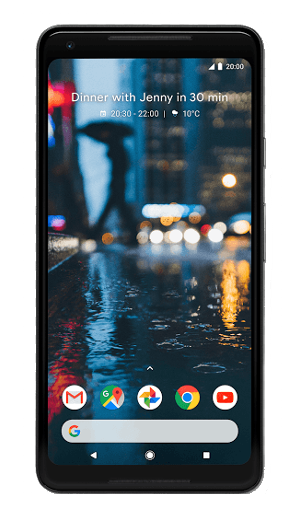 Starting at £799 for the 64GB model, the Google Pixel 2 XL has a 6-inch screen, and we think it’s the more attractive of the two new Pixel phones. It has a taller screen than its smaller sibling, so there are no ugly bezels in sight.

Display aside, the Pixel 2 XL shares plenty of characteristics with the cheaper Pixel. It has a Snapdragon 835 processor tucked inside, along with 4GB of Ram. It’s available with 64GB or 128GB of storage, but you’ll have to pay £899 for the latter.

If it’s a smartphone with a big display you’re after, there are plenty of phones to consider. We’ve tested the latest 6-inch smartphones in our test lab, and only the models with fantastic battery and dazzling displays leave with a Best Buy sticker.

If you’re willing to stretch your budget beyond £799 for the 64GB Pixel 2 XL, see the Samsung Galaxy Note 8. It’s a whopping £860, but for that price you get a 6.3-inch quad HD+ display, a pair of 12Mp rear cameras and an S-Pen stylus for making notes with. The Note 8 is dust and water-resistant, and its handy split-screen feature lets you view multiple apps at once.

To see what our experts made of battery life and call quality on the Note 8, see our Samsung Galaxy Note 8 review.

Samsung’s Galaxy S8+ has a slightly larger screen than the Pixel 2 XL, at 6.2 inches. Like its Google-made rival it has an edge-to-edge display, but the S8+ has some unique features of its own. For one, there’s an iris scanner on-board, which means you can unlock your phone just with a quick glance. It has a 12Mp rear camera and is water resistant, so you needn’t panic if you spill a glass of water on the screen.

See how the S8+ compares to other high-end smartphones with our Samsung Galaxy S8+ review.

How does the Pixel compare to iPhone?

The iPhone 8 has a slightly smaller screen than the Pixel 2 – it’s a 4.7-inch Retina HD display that runs at a lower resolution. In theory, that means the Pixel should provide more detail on-screen, but we’ll have to wait for our lab tests for the verdict.

Apple’s iPhone 8 is powered by the tech giant’s A11 processor. It has a 12Mp camera (the Pixel 2 has a 12.2Mp snapper) that can shoot 4K video at 60fps, something that the Pixel can’t handle.

Buy from Apple and you’ll pay £699 for the 64GB iPhone 8 – £70 more than the Pixel 2. We ran the iPhone 8 through our rigorous lab tests earlier in the year to see how it fares for battery life, picture quality and speed. To see the results, click our Apple iPhone 8 review.

Pixel 2 XL vs Apple iPhone 8 Plus

In a battle between chunky mobiles, the Google Pixel 2 XL goes up against the iPhone 8 Plus. The iPhone has a smaller 5.5-inch screen, and that’s partly due to the physical home button on the front, which also houses a fingerprint sensor.

Compared to the Pixel 2 XL, the iPhone 8 is far better equipped for taking photos. While the Pixel has a solitary camera on its back, Apple’s mobile features a 12Mp dual camera system. There’s a wide-angle lens and a telephoto lens, and they work together to make sure you can zoom in on objects without missing out on picture quality.

The 64GB Pixel 2 XL is £799, which is the same as its Apple-made rival. See how the iPhone 8 Plus fared in our lab tests by heading over to our Apple iPhone 8 Plus review.