After endless leaks, the Pixel 2 and Pixel 2 XL came as no surprise when they appeared on stage at Google’s keynote event. But there were some other goodies in store, as the phones were joined by new arrivals including the Pixelbook laptop and Assistant-enabled Google Pixel Buds.

It’s official: the Pixel 2 (below left) and Pixel 2 XL (below right) have arrived. But they don’t come cheap. Keep scrolling to see how they compare, and read on for all our coverage of the event.

Following 2016’s original Pixel, the Pixel 2 has an ‘always-on’, 5-inch Full HD OLED display, running at a resolution of 1,920 x 1,080. It comes backed by a Snapdragon 835 processor and 4GB of Ram, which should be more than enough to run multiple apps at once and play the latest mobile games. Pick one up and you’ll be able to choose between 64GB of 128GB of storage. Android Oreo is pre-installed and there’s a 2,700mAh battery tucked inside.

This HTC-made smartphone isn’t dropping with a dual-lens camera system, which is quite surprising considering the recent wave of phones with paired cameras. The cameras on the Pixel 2 and Pixel 2 XL are the same: 12.2Mp on the back and 8Mp on the front. With the rear-facing camera you’ll be able to film 4K video.

There is no dedicated headphone jack on these phones. As is the case with Apple’s recent iPhones, you’ll have to plug headphones into the charging port of the Pixel 2, which means you can’t charge it with a wire and use wired headphones at the same time. You can work around that if you use wireless headphones, but not everybody will be happy with the change. It’s thought that HTC waved goodbye to the headphone jack to add in dual front-facing speakers, which also feature on the Pixel 2 XL.

How much does the Pixel 2 cost? It starts at £629, which gets you the 64GB model. The 128GB model is a whopping £729. Both versions come in Just Black, Kinda Blue and Clearly White. Yes, those are the actual colour options. 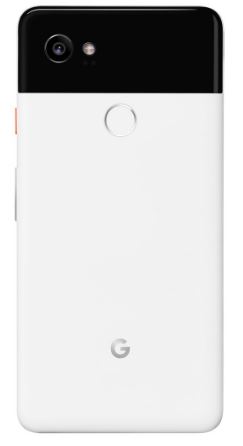 If you’ve got your heart set on a larger smartphone, you might consider the 6-inch Google Pixel 2 XL. It’s made by LG, which explains why the front of the phone reminds us of the LG G6. This larger Pixel has a 6-inch display with an improved 2,880 x 1,440 resolution, which means it should offer up even more detail than the regular Pixel 2.

We expect pictures will look brilliantly vibrant up close, but we’ll have to wait for our tests to confirm. The phone runs on the same Snapdragon chip as the regular Pixel. Again, it has 4GB of Ram and a rear fingerprint sensor. As this is a larger phone, it shouldn’t come as a surprise that the battery’s larger too. It has 3,520mAh compared to the Pixel 2’s 2,700mAh battery.

The list of Sim-free smartphones costing over £700 continues to grow, and the Pixel 2 XL is the latest addition. Google has confirmed that the cheapest build of the Pixel 2 XL will cost £799, with the price rising to an eye-watering £899 for the 128GB model.

Both the Pixel 2 and Pixel 2 XL are IP67 water- and dust-resistant, which means they should survive a quick dip in water. You can squeeze the sides of both phones to instantly launch Google Assistant. If you’re a keen snapper, you’ll be pleased to hear that buying either Pixel phone also gets you unlimited storage for all your photos and videos in Google Photos. 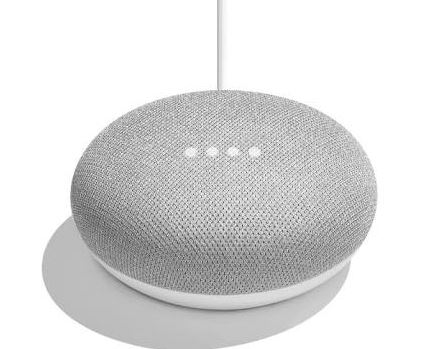 The Pixel smartphones were the headline acts at the event, but Google also took some time to show off the Home Mini speaker.

It’s a small, pebble-shaped speaker that’s out to rival the Amazon Echo Dot. Available for around £50 (roughly the same as the Echo Dot), the Home Mini is powered by Google Assistant, a voice-activated helper that can share information, answer questions and control other gadgets. In fact, Google Assistant can now voice control over 1,000 smart home products. Although we doubt it’ll provide much of a punch audio-wise, it’s clever enough to fetch news headlines and help you keep track of your schedule.

Google has been working hard on expanding what Assistant can do. A new ‘broadcast’ feature will let you speak a message into one Home Mini and have it play out through another speaker elsewhere in your house. That could be a handy trick for parents trying to get their kids out of bed.

We’re told that the Google Home Mini will go on sale October 19. In the meantime, take a look at some alternatives to Google’s “powerful little helper” with our smart home hub reviews. Our experts have rounded up their recommended models in our top three smart hubs for 2017 guide. 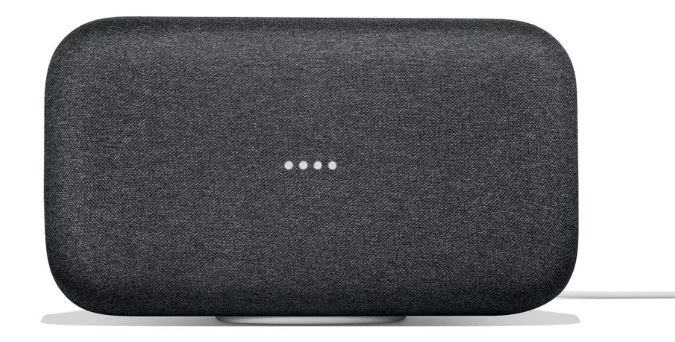 The Home Mini won’t be able to play your music particularly loud, which is where the new Google Home Max comes in. Like the Apple HomePod, it adjusts the noise it’s producing based on the room it’s sat in. It’s chunkier, Google Assistant-enabled and comes with a magnetic base, which means you can stand it up vertically if needed. Google says that the Home Max will initially launch in the US for $399 (around £300), and it’ll be coming to more countries “next year”. 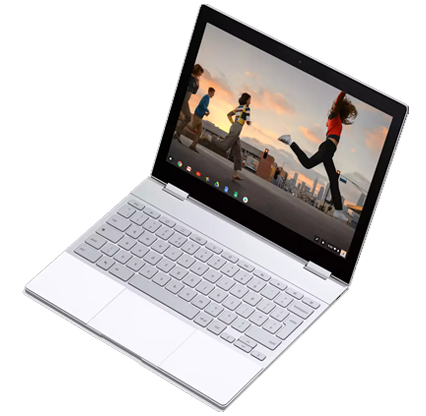 Next up is a new laptop – though really it’s more of a hybrid. Google says its new high-performance Chromebook “re-imagines the laptop experience”. It’s the thinnest, lightest laptop the company has ever put together: 10mm thin and weighing in at just 1kg.

Thanks to the portable design of the Pixelbook, you can fold away the keyboard and carry it around like you’re using a tablet. It’ll come with Google Assistant built in and will be available with an i5 or i7 processor. You can have up to 16GB of Ram and up to 512GB of storage, which should be more than enough for most.

The cheapest configuration costs £999, which affords a i5 processor, 8GB of Ram and a 128GB SSD. According to Google, you’ll get around 10 hours of use from the laptop on a single charge, and two hours of juice from a quick 15-minute top-up. We’ll be putting those claims to the test when the Pixelbook arrives at our test lab.

One of the more notable features of the Pixelbook is instant tethering. If the laptop detects a dropped wi-fi signal and you have your Pixel phone nearby, it’ll instantly start using the LTE signal from your smartphone.

Best Buy laptops – find out what Google’s up against.

Slide your smartphone inside the £99 Daydream View and you’ll be instantly transported to stunning virtual worlds. There’s not much separating the new Daydream View from the original, but it’s made with a slightly different material that matches the Google Home Mini. It comes with an adjustable head strap and a Bluetooth controller, which you can use to ‘walk’ around inside apps while you have the headset on.

If you’re interested in virtual reality and haven’t tried it for yourself, now’s a great time to get involved. There are thousands of free apps to download and you can grab a VR headset for as little as £5. For more on VR and what it can offer, head over to our guide on how to try VR for free on iPhone and Android. 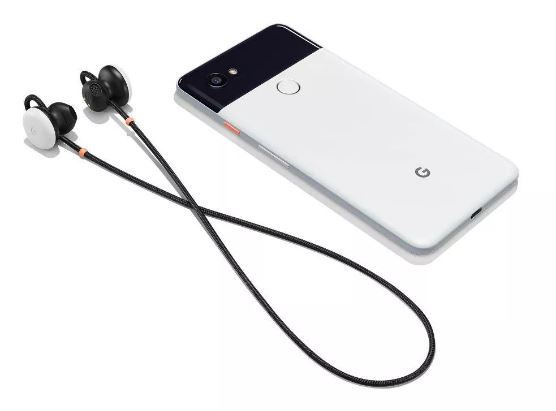 And here’s a product announcement that we didn’t see coming: the £159 Google Pixel Buds. These smart earphones aim to make controlling your music that little bit easier. All of the controls are built into the right earbud, so you can tap to start and stop music, and swipe to adjust volume. When you pair the Pixel Buds with your Pixel 2 or Pixel 2 XL, you get instant access to Google Assistant. Press and hold on the earbuds and you can ask Google Assistant a question while your smartphone’s still in your pocket. 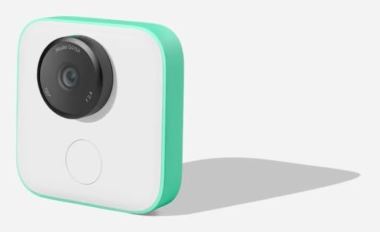 Arguably the most unusual of Google’s new products is the Clips camera. It’s a cube-shaped, 12-megapixel camera that’s able to capture moments you might miss with your smartphone. Set it down in your living room and machine learning technology will have the camera decide when the best time to take a picture is. It comes with 16GB of storage and wi-fi and Bluetooth connectivity. Google says it’s coming “soon”, and it’s retailing for $249 (around £200).

All in all, it’s a bountiful batch of new tech and we can’t wait to get our hands on it all to give it a thorough review.