New rules on open banking come into force from January 2018, giving you more control over how you share your financial data – but Which? statistics show the vast majority of current account holders haven’t heard of it.

Although there are only a few months to go, an incredible 92% of the public say they haven’t heard of ‘open banking’, according to our survey* last month.

We also asked the public if they would consider sharing their financial data if it meant that the products and services offered were more suited to them – but half (51%) said they were fairly or very unlikely to do so.

What is open banking?

Open banking refers to a new set of rules being introduced across the European Union – including the second Payment Services Directive (PSD2) as well as reforms driven by the Competition and Markets Authority (CMA) in the UK.

Find out more: Open banking – everything you need to know about sharing your financial data

HSBC has already announced a partnership with fintech firm Bud ahead of the open banking deadline next year.

Its online brand First Direct will offer Bud’s financial management tools so that customers can see all of their accounts in one place – including those from other providers – and make use of various tools and features:

The trial will include 2,000 of its customers and up to 4,000 non-customers, running for six months from December.

Some of these features will already be familiar to anyone using apps by mobile-only banks Monzo and Starling. 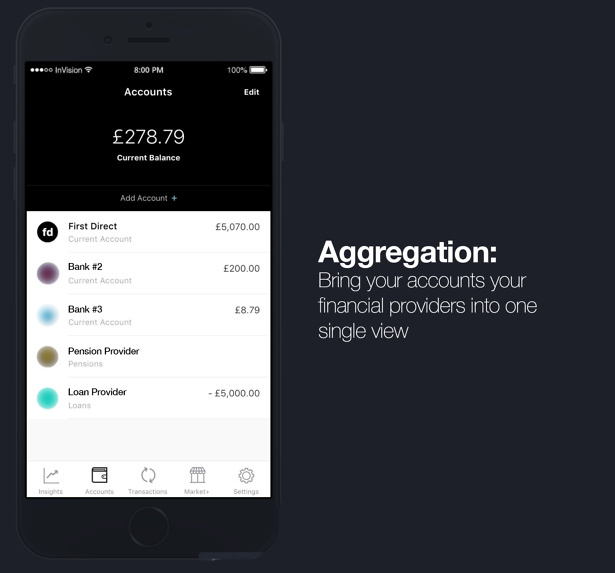 The CMA has set up Open Banking Ltd to deliver these changes, so Which? spoke to them about what protections are in place:

But, with such highly sensitive personal data at stake, and a potentially complicated chain of providers with access to it, Which? is concerned that it may not always be clear who is liable for loss of data.

We’ve also noticed that some current account providers are telling customers that they must check whether a third-party provider is regulated, not the bank – which may not inspire much confidence.

Another problem is that consumers may not know exactly what they are agreeing to when they give consent – it’s already incredibly difficult for most people to understand how companies like Google and Facebook process and use our data.

Have your say: will open banking open new possibilities? – join the conversation

Open banking – an opportunity for fraudsters?

Open banking could make us more vulnerable. In particular, Which? is concerned that there will be an increase in bank-transfer scams, where customers are tricked into sending money to a criminal (often posing as the bank or the police).

In these cases, the customer is liable for losses because they authorised the payment. But last year, Which? raised a super-complaint to the Payment Systems Regulator (PSR) calling for banks to do more to protect customers.

Read more about the potential benefits and risks to open banking.

No more £2 and 2p coins to be minted: will yours become rare and will they still be accepted?

Will your car insurance premium go up if you lose your job?

Working from home for another six months: what it means for your finances