We all dread that notice on the car windscreen that screams ‘you’ve got a parking ticket’, but our research has found that it’s often worth appealing if you believe the ticket is unfair.

We surveyed 1,000 car owners* who’d had at least one parking ticket in the past year. We found that nearly three in five who appealed won their case.

Despite tickets sometimes hitting drivers with fines of up to £150, fewer than half of people surveyed appealed, even though there’s a high chance of success.

When can you appeal a parking ticket?

Nearly one in four of those who didn’t appeal simply didn’t realise that they could.

When appealing a ticket, you must be aware of the strict timelines involved. These depend on the type of ticket issued.

More on the procedure to follow can usually be found on the website of the local authority or parking company that issued the ticket.

Reasons for appealing varied from the traffic warden recording the time incorrectly to the company not even having permission to issue tickets at that location.

How much was your parking fine?

Almost one in 10 fines were more than £100, in such cases it’s unlikely the charge is proportionate to the normal advertised costs of parking or the losses caused to the company or landowner – and Which? recommends that it’s worthwhile appealing on the grounds of disproportionality.

You can see in the graph below how much our survey respondents were fined. 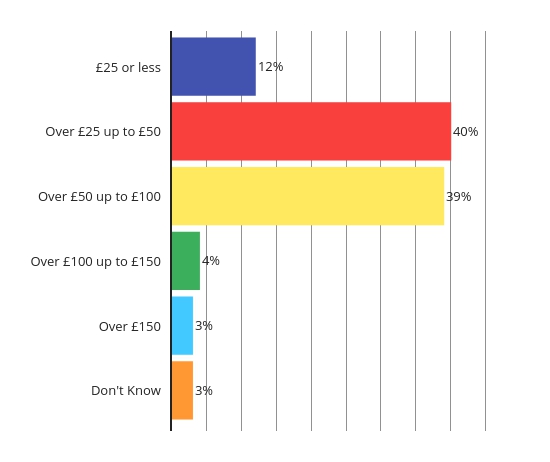 Which? Managing Director of Home Products and Services Alex Neill, said: ‘If you think you have been issued a parking ticket unfairly, our advice is to challenge it.

‘Our research shows it pays to appeal, with hundreds of consumers successfully overturning parking fines and saving themselves money in the process.’

That’s why we’ve created a free-to-use appeal letter generator to help you contest a parking ticket.

*On behalf of Which? an external research agency surveyed 1,000 people between 22 June and 15 July that had received at least one ticket in the past year.