Bluetooth wireless headphones are surging in popularity, with sales up more than 340% on last year, according to the latest market research. The increase has been widely attributed to Apple’s decision to ditch the headphone jack from the iPhone 7, launched a year ago.

Despite this recent growth, 54% of UK consumers still don’t own a pair, making further growth likely. American telecoms company Qualcomm also recently published research suggesting that a majority of people believe we’re headed towards a world where all headphones are wireless.

Looking for the best pair for you? Compare Sony, Apple, Beats and more in our top wireless headphones reviews.

Our Which? website has also seen a surge in wireless headphone interest over the last year. The most popular models have tended to be reasonably-priced headphones, with Sony and JVC pairs attracting particular interest.

It’s been a year since Apple launched the iPhone 7, causing controversy when it revealed that it would not be featuring a physical headphone jack. Users were forced into either using a cumbersome adapter, or using Bluetooth headphones.

At the same time, Apple announced its completely wireless Airpod headphones. Reactions at the time ranged from ridicule of their unusual looks, to ire over their steep price and limited availability in shops. 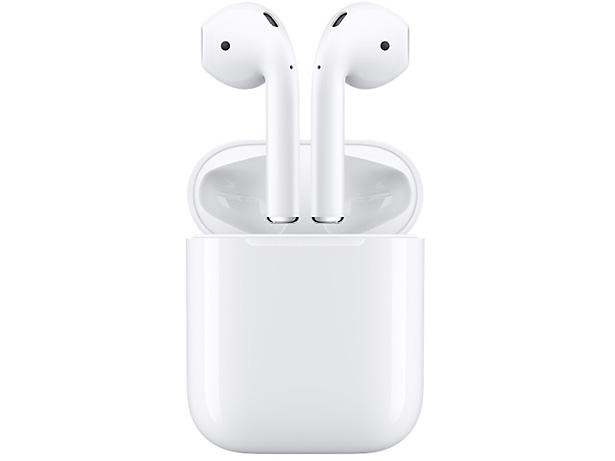 However, the last year has shown that Apple’s bold move hasn’t harmed the brand. Other smartphone manufacturers have since followed Apple’s wireless lead – Motorola and HTC have both released jack-less models and the Google Pixel 2 will be following suit when it’s released later this month.

The launch of the iPhone 7 was a sink-or-swim moment for wireless headphones. One year on, it’s clear that there’s no going back now – wireless is the future.

The Airpods were one of the first pairs of truly wireless ear buds – previous in-ear Bluetooth models tended to have some kind of neckband or strap connecting the two ear pieces. The benefit of the old design – and peril of the new – is that the ear buds on their own don’t have much space inside them for batteries. The Airpods can only play music for a few hours before they need recharging.

Apple attempted to solve this problem by supplying the Airpods with a carry case that doubles as a portable charging station. By putting the ear buds back in the case, they can be recharged multiple times, extending the effective battery life of the headphones.

In the last year we have seen almost all of the major headphone brands offer truly wireless pairs, using the principle of the charging case. Sennheiser is the only major brand yet to do so.

The latest manufacturer to join the party is Bose, which recently announced its SoundSport Free ear buds, alongside an update to its popular QC35 over-ear headphones. Whether it’s arriving late to the truly wireless party or has just taken its time to learn from the mistakes of its rivals is up for debate, but the specifications of the SoundSport Free headphones do look promising. 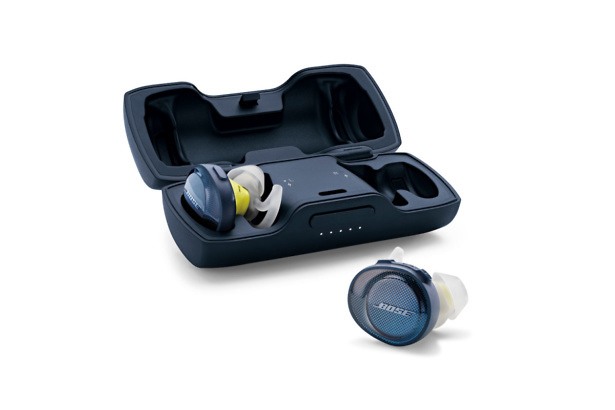 The ear buds themselves weigh less than 10g – about the same as the Airpods but less than many of their rivals. Bose says that they will last for five hours before having to be returned to their charging case. If they can live up to these claims it could make them the best in their class for battery life. They will also be water resistant, making them suitable if you want to use your wireless headphone running in the rain – something that the Airpods can’t offer.

Unfortunately, we won’t be seeing the SoundSport Free ear buds in the UK until early next year. Judging by their price in the US we expect that they’ll cost around £250 – a lot for an in-ear pair and significantly more than the Apple Airpods. We’re looking forward to getting our hands on them when they finally reach the UK.