Our car experts have been busy of late, driving cars ranging from the Kia Stonic – Kia’s first compact SUV – to the BMW 6 Series GT, and the updated Skoda Octavia. So which is worth buying?

Stonic sounds like something Bill and Ted said in the 90s, but it’s actually the name of Kia’s first compact SUV. It’s a crowded marketplace, and the Stonic will need more than Kia’s seven-year warranty to stand out.

Following hot on its heels (wheels?) is the BMW 6 Series GT, a luxury car in every sense of the word. The alluringly sleek 6 Series costs close to £30,000 more than the other large hatchback we’ve tested – the Skoda Octavia, which got a mid-generation update this year.

The Octavia was always punching above its weight. Its high-spec, low-cost options made it an attractive choice for anyone who needed space, with a touch of class, on a budget. We found out what the facelift added, and whether it made for a better or worse car. 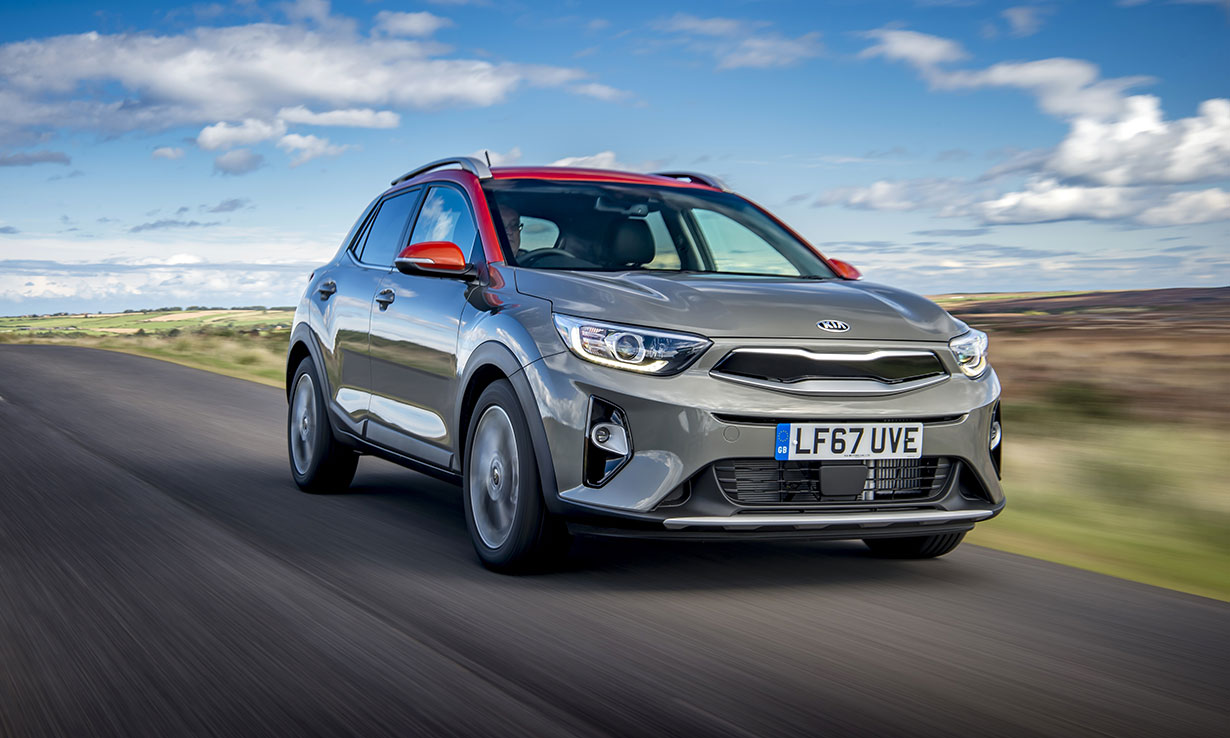 Rio, Sorento, Optima… they all sound like perfectly normal car names, but Kia threw convention out the window when it named the Stonic. Although, in fairness, it also came out with the Kia Cee’d, so we should have seen it coming.

Speaking of the Rio, it’s a car that has a lot in common with the Stonic. Kia’s first compact SUV is based on the Rio, its premier small car, albeit 70mm taller. It wouldn’t be much of an SUV without increased ride height, either, and you’ll be sitting 42mm further from the road in the Stonic.

The Stonic starts at £15,485 – which is around £500 more expensive than its main rival, the Nissan Juke. It’s well equipped for the price, though, with alloy wheels, rear parking sensors, Bluetooth, heated mirrors and more.

There are only two trim levels to choose from. The base trim, which is simply called ‘2’, and First Edition. Moving up to the latter adds keyless entry, automatic climate control and heated front seats. Whatever trim you choose, you’ll get a front-wheel-drive car, as there’s no 4×4 option.

On the road, we were impressed with how the Stonic handled corners. It feels safe and agile, although the ride can be stiff.

Will it tempt people away from the distinctive Juke? Interior space will be a factor. The Juke is certainly compact, and the Stonic could get a leap on its rival if it’s the comfier and more practical of the two.

Read our first drive review of the Kia Stonic to see if it’s a worthy alternative to the Nissan Juke. 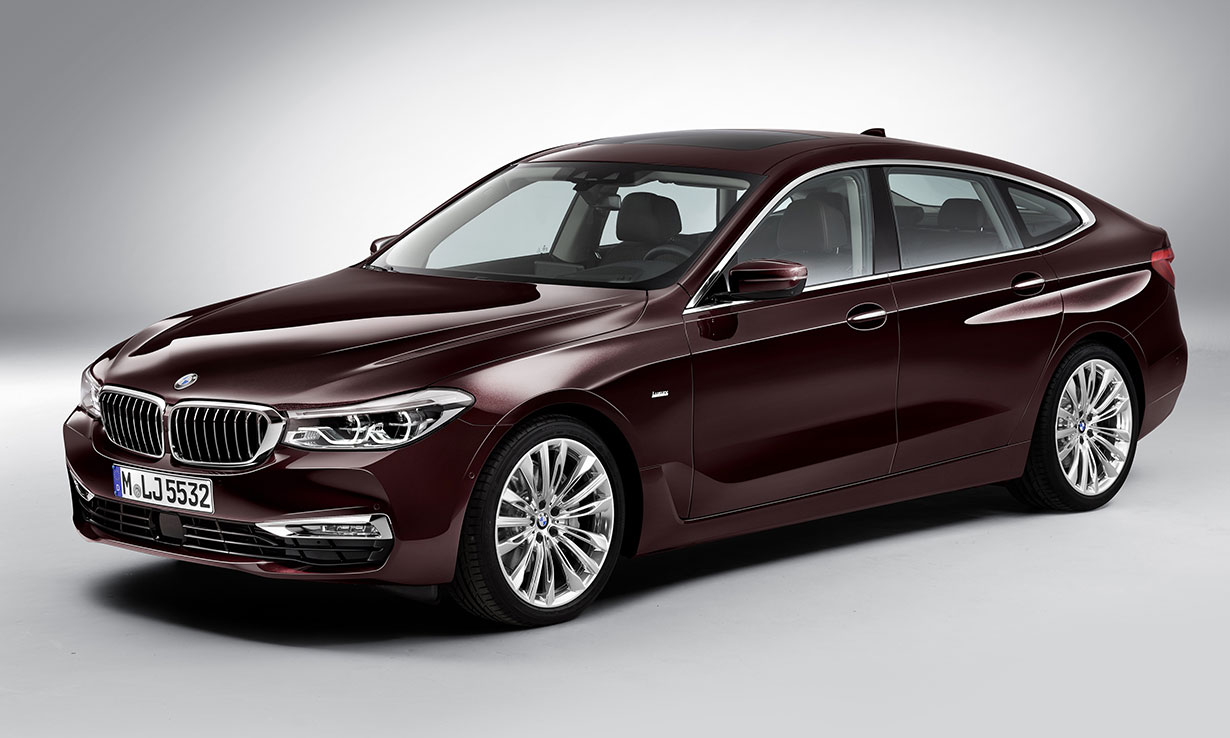 The 6 Series is a bit of a Frankenstein’s monster, albeit with rivets and staples replaced with sleek curves and premium materials. It’s an amalgamation of several different car classes: a luxury car at heart, with a coupé’s styling, an SUV’s ride height, the thrilling drive of a sports saloon, and the practicality of an estate.

It’s a replacement for the BMW 5 Series GT. Like its older brother, its Grand Tourer badge offers greater room for passengers in the back and a practical hatchback boot layout.

We don’t expect BMW to try to destroy its own creation, but it has said it expects to sell fewer 6 Series GTs than its rivals, the Audi A7 and Mercedes CLS. This is partly because BMW also makes a coupé version of the 6 Series, although the 6 Series GT looks to have the more pronounced sloping roof of the two.

Driving the GT is as smooth as you like, and the increased ride height gave us a view of the road we weren’t used to in a saloon. It’s cavernous inside, too. There’s no shortage of legroom and headroom, regardless of where you’re sitting, even with the coupé roofline.

As you’d expect for a £46,000 car, it’s well equipped. But most people will opt for M Sport spec for an extra £3,600. For the money you’ll get larger alloy wheels, leather upholstery and a glass roof.

We tried the diesel, which was as refined as you’d expect. Any questions asked by an eager foot on the accelerator were answered comfortably by the engine, which was never breathless.

The quality of a car like the 6 Series GT is never in doubt, but as cars get more luxurious, so do people’s expectations. Will the Audi A7 and Mercedes CLS sell better because they are better cars, or is BMW being modest?

Read our BMW 6 Series GT review to see if it should be on your shortlist. 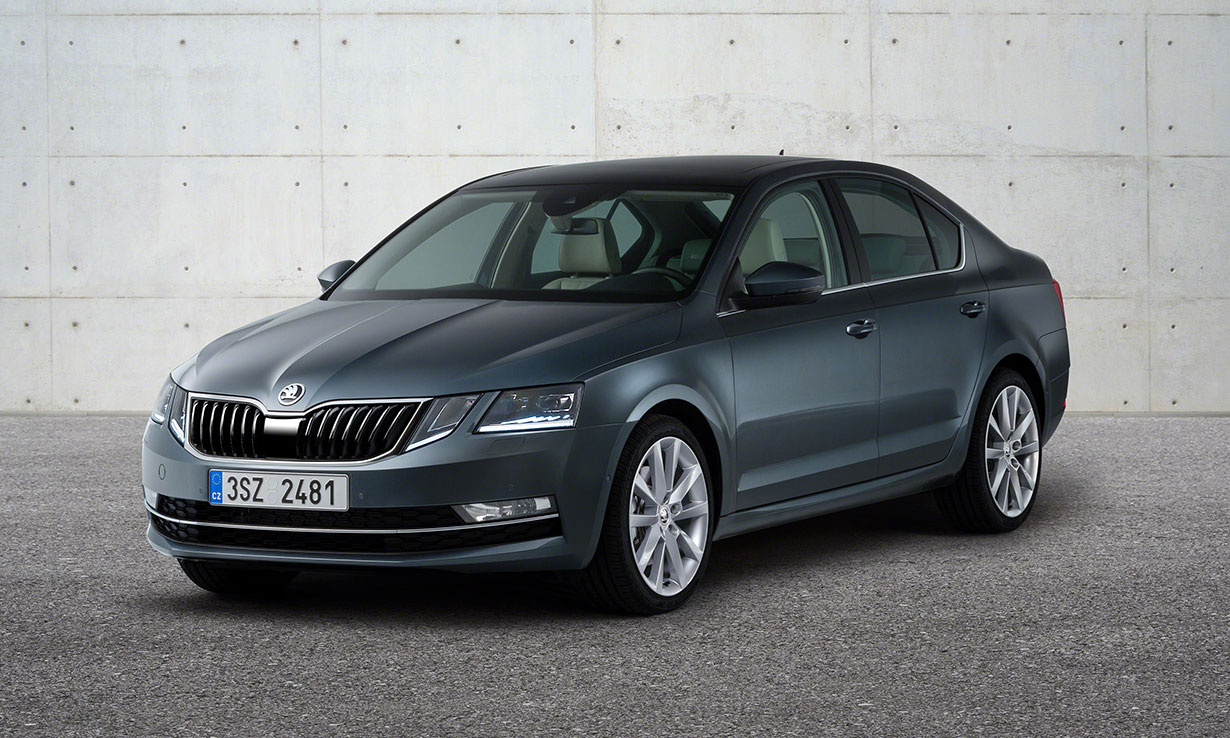 Skoda’s bestselling saloon got an update in 2017, bringing with it new technology – including an 8-inch touchscreen that you can upgrade to a 9.2-inch one if you’re more of an iPad Pro person than an iPad Mini.

Externally, the car hasn’t changed a great deal. Subtle detailing and raised fog lights mean it fits better with some of the newer cars in Skoda’s range.

Technology aside, the interior hasn’t changed much either. It’s still spacious, much more so than the Volkswagen Golf it’s based on, and it’s comfy. The seats are supportive and easy to adjust. But you should call shotgun if you can, since the front seats are more comfy than the rear ones.

Do the changes to the Octavia make a good car great or a bad one merely mediocre?

Head to our full review of the updated Skoda Octavia for our verdict.