After announcing that it would be discontinuing the functionality of its Harmony Link smart device on March 16 2018, Logitech faced uproar from thousands of disgruntled owners – so much so, in fact, that it’s now offering a free upgrade to everyone who owns one.

The Harmony Link allows owners to control the entirety of their home cinema setup via one universal remote control. However, the device is cloud-connected, meaning that it requires server space and maintenance on Logitech’s behalf. Logitech says that the security certificate for the device expires in spring 2018 and, instead of renewing the certificate, it made the decision to end support – which essentially renders devices useless.

Unsurprisingly, that decision didn’t go down too well with Harmony Link owners, who would presume that a company creating a remote connection for its device would at least keep that connection running. It may be a seven-year-old device, but it’s not the sort of thing you’re likely to be looking to upgrade very often.

After negative reaction to the announcement, Logitech offered a 35% discount on the newer Harmony Hub for all affected owners. Understandably users still weren’t terribly pleased with that compromise, and continued to complain. Eventually Logitech yielded and is now offering the Harmony Hub totally free.

How to claim your free Logitech Harmony Hub 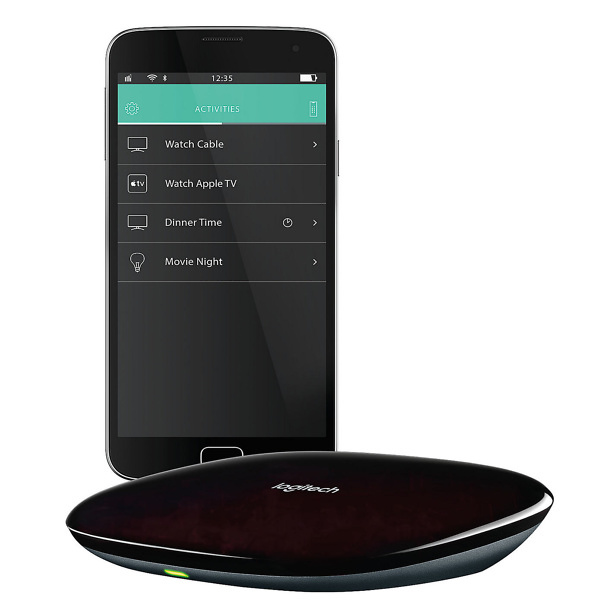 We spoke to a Logitech representative who confirmed that this offer is available to those in the UK, and not just those in the US. If you’re a Harmony Link owner then Logitech has stated on its company blog that it will reach out to you between now and March 2018. If you haven’t registered your device or would simply like to take matters into your own hands, you can contact Logitech directly: click here or ring its UK Harmony support centre on 0800 032 6433.

Owners may be sceptical of this deal, particularly given Logitech’s initial reluctance, but to give credit where it’s due the Harmony Hub is a straight upgrade to the Harmony Link. It’s four years newer and, in addition to its universal remote functionality, includes support for devices like the Amazon Echo range, Nest smart thermostats and Phillips Hue lighting. To find out how it scored in our smart home hub lab test, click to read our full review.

In more positive news for Harmony owners (or potential buyers), Logitech has finally upgraded its compatibility with the Amazon Alexa range of smart products. Prior to an update released on November 10, the voice commands you could issue were a bit clunky – you’d have to ask Alexa to ask Harmony to do something. Now, you simply address Alexa as you would as if it were controlling your media set-up directly.

Logitech has listed some of the commands on its website. So long as you initially activate your Harmony via an Alexa voice command the following instructions will all work:

So it’s a double-win for Logitech users and for people power. Plus, it’s good to see companies listening to their customers – even if belatedly.