Gift recipients are shy to admit they don’t like a Christmas present despite growing confidence about returning goods at other times of year, new Which? research has found.

In late November, Which? surveyed more than 2,000 people about their shopping and gifting habits at Christmas.

The research revealed that almost one in three received at least one unwanted Christmas present last year.

Only four percent of unlucky recipients plucked up the courage to speak to the giver and ask for a replacement, and the same small percentage tried to return their gift to the retailer for store credit.

This is despite the fact that UK shoppers are increasingly confident about returning goods to retailers, with almost six in ten of those surveyed having done so this year – up from just over five in ten in 2016.

Nearly eight in ten of those aged 18 to 24 returned a purchase this year, with Millennials strides ahead of other age groups in returning unwanted goods. 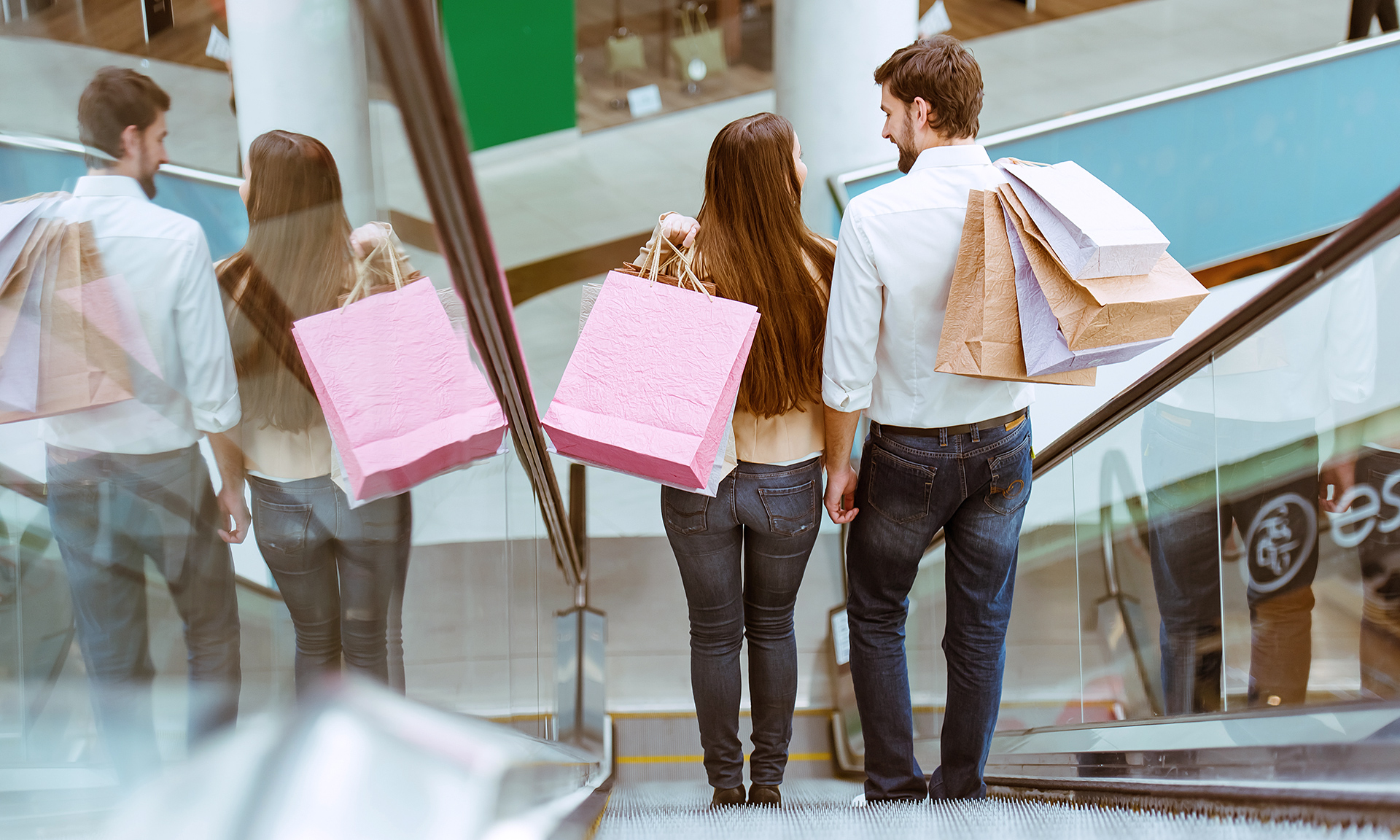 If you want to return a gift, you’ll usually need proof of purchase to get a replacement or refund.

The best way to do this is with a gift receipt but, if you weren’t given one with your gift, you’ll need to ask if the person who bought it for you still has it.

Which? managing director of home products and services Alex Neill said: ‘We’ve all been put in the tricky position of receiving a gift that isn’t quite to our taste. Despite that, our research shows that almost none of us can face the awkwardness of telling the giver the truth.

‘It’s a shame for gifts to go to waste, so we would advise asking for a gift receipt and checking a retailer’s returns policy when buying a present if you want to be sure of giving someone a happy Christmas.’ 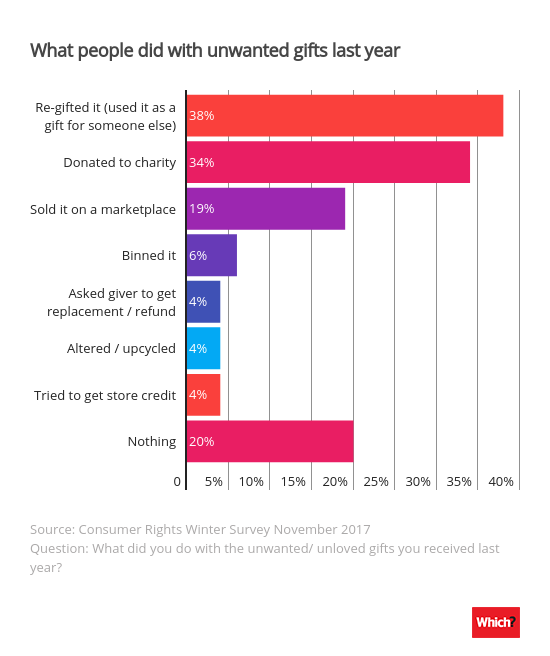 However, instead of trying to return or exchange gifts, our research revealed that the most popular solutions to receiving an unwanted gift were either re-gifting or donating the item to charity.

One in five went on to sell their unwanted gift on an online marketplace, such as Ebay or Gumtree, and almost the same number decided to simply accept the gift and do nothing.

Finally, 6% took the somewhat drastic step of simply throwing their unwanted present in the bin.

The 2017 research referenced was carried out by Populus, who, on behalf of Which?, surveyed 2089 residents of the UK between 6th and 7th November 2017 about their understanding their consumer rights for taking back purchases. Data was weighted to be representative of age and gender of residents in the UK.

The 2016 research referenced was also carried out by Populus, on behalf of Which?, among 2,119 residents of the UK online between 2nd and 3rd November 2016. Again, data were weighted to be representative of age and gender of residents in the UK.