The NHS has reported an outbreak of measles in both Leeds and Liverpool, with Greater Manchester also braced for an increase in cases.

Health officials believe the virus may have been brought back from mainland Europe, where there were recent outbreaks in Germany, Italy and Romania.

‘This serves as an important reminder for parents to take up the offer of MMR vaccination for their children when offered at one year of age and as a pre-school booster at three years, four months of age.

‘If children and young adults have missed these vaccinations in the past, it’s important to take up the vaccine now from GPs, particularly in light of the recent cases in Liverpool and Leeds.’

Measles can cause a high temperature as one of the symptoms, and so it’s vital you have an accurate and easy-to-use thermometer to help you monitor your child.

Read our guide on what constitutes a high temperature in a child.

How to spot the signs of measles

Measles is highly infectious, very unpleasant, and can lead to complications. Symptoms include:

Measles is less common now because many children are vaccinated with the MMR (measles, mumps and rubella) jab when they are a year old and a second dose when reaching the age of three years four months.

People with measles are infectious from the point at which the first symptoms develop until about four days after the rash first appears.

Complications that can be caused by measles include diarrhoea, vomiting, pneumonia, bronchitis, hepatitis, brain infection and sight problems.

As measles is a virus, there’s no specific treatment if you catch it, but you can ease symptoms with painkillers and rest.

Anyone who is worried that they might have come into contact with someone with measles, or think they might have the illness, are advised to stay at home and contact their GP or call the NHS helpline on 111.

Look out for scarlet fever too

This news comes at the same time as a recent study published in the medical journal The Lancet, which has reported that scarlet fever cases in England hit their highest level in 50 years in 2016.

Experts are hoping that the outbreak has now peaked, and are predicting a lower number of cases for 2017, but have still asked people to be vigilant to symptoms. 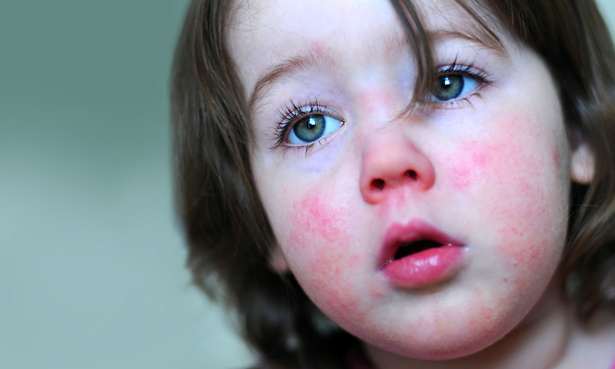 Scarlet fever is a bacterial infection caused by bacteria known as group A streptococcus. It used to be a common cause of death in Victorian England before the advent of antibiotics.

It is most common in children under 10, and although highly contagious, it is reasonably straightforward to treat with antibiotics. However, complications if left untreated include pneumonia and liver damage.