The Samsung Galaxy S8 was one of the biggest smartphones of 2017, and now attention has turned to its successor – the S9. We’ve rounded up the latest rumours.

2018 is nearly upon us, and so begins another calendar year of smartphone predictions and launches. One of the first flagship smartphones on the list is the Samsung Galaxy S9, as well as its larger brother – the S9+.

Nothing has been confirmed but that hasn’t stopped tech enthusiasts from making predictions, and sharing rumours. Below, we’ve highlighted a few of the key ones we’ve stumbled across, as well as what we expect to see. Plus we point you to our expert reviews of the Samsung Galaxy S8 and S8+ if you’re looking for a new smartphone now.

Mobile phone reviews – find out which smartphones are at the top of our league table.

It’s almost certain we’ll see the Samsung Galaxy S9 in the first three months of 2018. There has been some speculation that it could make an appearance in January at CES, the biggest consumer tech show, in Las Vegas – but this has largely been squashed.

More likely is an unveiling at Mobile World Congress in late February/early March. 2016’s Samsung Galaxy S7 and S7 Edge were announced here – though the more recent S8 didn’t make an appearance until the end of March 2017.

While the launch date of the S9 and S9+ are rather up in the air at the moment, we’d be pretty surprised if we didn’t see them before April.

Even though we don’t know the price of the upcoming models yet, we’re certain that they’ll be expensive. These are Samsung’s highest-profile phones and will be packed with the latest technology, which comes at a price.

The infinity display on the S8 went down such a treat that we’ll be eating our hats if we don’t see it on the upcoming Samsung flagships.

Many rumours also suggest that we’ll be seeing a 5.8-inch screen on the S9 – the same as the S8. It’s also likely to have the same 18.5:9 aspect ratio, which means it will be just more than twice as long as it is wide. This is to make large-screen phones easier to hold and use with one hand. Most phones have a 16:9 aspect ratio.

In September 2016, Samsung licensed optically clear superhydrophobic film technology. In terms of what this could actually mean for the S9, there are a few suggestions that water will jump off the screen’s display, making the phone much easier to use if you’re strolling in the rain. We’re looking forward to seeing whether there’s any credence to this.

In case you were worrying about Samsung following in the footsteps of a few other manufacturers and removing the headphone socket, we don’t think this will happen with the S9.

The placement of the fingerprint sensor on 2017’s S8 was criticised by some. It sits next to the rear camera as part of Samsung’s effort to create symmetry in the design. However, it’s not the most practical location for it, as it’s all too easy to put your fingerprints on the camera lens, which could make your photos look a little smudged.

We think Samsung will rectify this with the S9, but we’re not exactly sure how. It could retain its spot on the back of the phone, but move under the camera lens.

Other rumours suggest Samsung could move the fingerprint scanner to underneath the front glass display. This means you’d simply place your finger on the screen, and it would unlock. Certainly futuristic and innovative, but we don’t want to get your hopes up too much so take this with a pinch of salt.

In August 2017, Samsung unveiled the Galaxy Note 8 – the first in its series to feature dual rear cameras. Both of its cameras are 12Mp, but one is a telephoto lens while the other is wide angle. The theory is that this lets you zoom in on objects without losing clarity, and it also lets you play around with some depth-of-field effects (to blur the background, for example).

We imagine we’ll see a dual rear camera set-up at least on the S9+. There’s a chance it could also feature on the smaller S9, but we’re not yet sure.

Some sources suggest that the rear camera on the S9 will be able to shoot 1,000 frames per second. This means that motion in videos should be really smooth, and could lead to some exceptional slow-motion footage.

Samsung smartphones in the Which? test lab 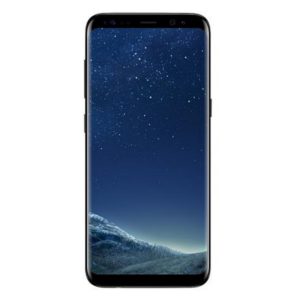 As one of the most talked-about smartphones of 2017, the Samsung Galaxy S8’s specs sheet makes for an impressive read.

The Android-powered mobile features a 5.8-inch edge-to-edge display and comes with 4GB of Ram, a 3,000mAh battery and 64GB of internal storage. If that doesn’t sound like much, you’ll be pleased to hear it also has a Micro-SD card slot offering expandable storage. It also has a 12Mp rear camera, and an iris scanner on the front of the mobile for quick unlocking.

At around £670 Sim-free, the Galaxy S8 doesn’t come cheap, so is it worthy of its hefty price tag? See how this smartphone fared in our test lab with our full Samsung Galaxy S8 review.

The Samsung Galaxy S8+ is larger than its sibling, featuring an attention-grabbing 6.2-inch edge-to-edge display.

At the time of writing a Sim-free model will set you back around £750. That’s a big chunk of money to spend on a mobile, so read our full Samsung Galaxy S8+ review to see if this gadget’s worth it.