Amazon’s Alexa voice assistant is coming to Windows PCs. You’ll be able to schedule calendar events and run web searches with your voice, but what does this mean for Microsoft’s own Cortana voice assistant?

A selection of big-name PC brands will adopt the Amazon Alexa app this year. Computers from Acer, Asus, Lenovo and HP are set to feature the digital helper.

Keep scrolling for a closer look at what Alexa has to offer, and find out what the future holds for Microsoft Cortana.

Microsoft’s Windows 10 operating system already comes with the Cortana voice assistant built in. It lets you speak commands to your PC, or initiate web searches through the Microsoft Edge browser and Bing search tool.

The partnership between Microsoft and Amazon means you’ll be able to open up Alexa on Windows by saying ‘Hey Cortana, open Alexa’. In theory, introducing Alexa to the Windows 10 environment presents an element of competition – consumers could opt to use Amazon’s service over Microsoft’s own.

We’re interested to see how the two voice assistants will partner up later this year. Based on performance to date, we feel that Alexa is the superior service, and we welcome the chance to have an element of choice. If, say, you run an Amazon Fire tablet or Amazon Echo speaker, it means you won’t have to switch from speaking to Alexa on these devices to speaking to Cortana on your PC.

It’s not beyond the realms of possibility that Microsoft could abandon Cortana entirely. The voice assistant is hardly ubiquitous, with Windows Phone failing to take off and Microsoft yet to make a dent in the smart-speaker space that Amazon is rapidly coming to dominate.

There are still several unanswered questions surrounding the move, though. We’d like to know how personal data will be shared between the two voice assistants, and whether or not the pre-installed Alexa app will be removable. We’ll keep our eyes open as more information comes in.

Not everyone is a fan of voice-assistant technology, of course. There’s no way – at present – to switch off Cortana completely, although you can limit its interactions and control its privacy settings.

Learn more about how to control Cortana in Windows 10

There’s no shortage of voice-enabled gadgets on the market, and things aren’t slowing down. This spring will see a wave of Windows 10 PCs go on sale featuring a pre-installed Alexa app.

On these new PCs, Alexa will live alongside Microsoft’s own digital assistant, Cortana. Admittedly, Cortana isn’t as powerful as its rival, which is capable of controlling other smart devices. Even so, it can still generate weather reports, set reminders, offer directions and generate news headlines.

Many Windows PCs going on sale this year will make use of Intel’s Smart Sound processor, which is designed to manage voice commands and high-fidelity audio for clearer feedback. Older Windows 10 PCs may lack this latest tech, but will likely still be able to run the Amazon Alexa app for Windows once it’s available in the Windows Store.

Which computers will support Alexa? 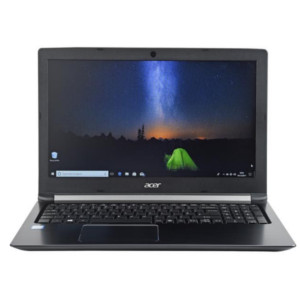 Acer has confirmed that Alexa will be making its way on to the company’s products ‘from Q1 2018’. The list of supported models will include the Acer Aspire 5 (right), Aspire 7, Spin 3, Spin 5, Swift 3 and Swift 5. Acer Aspire all-in-one PCs will also be supported. Alexa will first become available in the US, with wider support ‘expected mid-2018’.

This year’s Pavilion Wave is set to drop in spring, starting at $549.99 (around £400), and will come with Amazon Alexa pre-installed. This updated model doesn’t look too dissimilar from the Amazon Echo hub, with a blue light bar at the top of the tower flashing to indicate when the PC is listening to your commands. 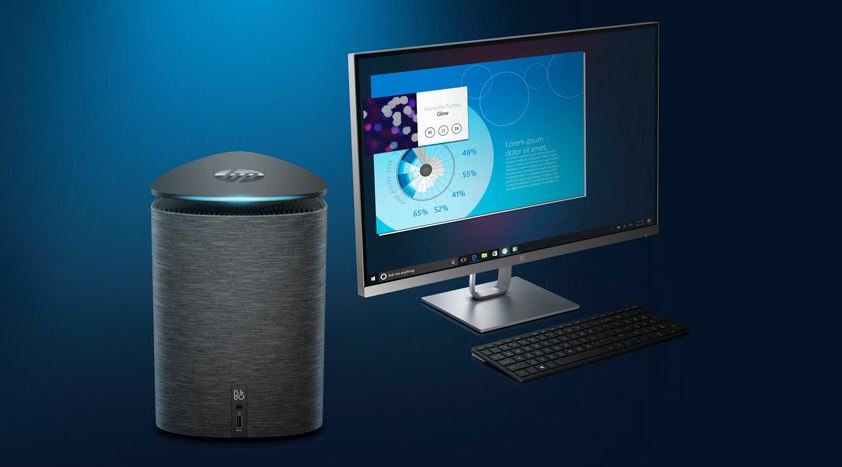 HP says the standing design of the Wave means that it can ‘hear voice commands from any angle’, which could prove handy if you want to bark orders at Alexa from a distance. Owners will be able to control their music, set alarms, and manage other smart home devices when the desktop PC lands later this year.

Last year we reviewed the original Pavilion Wave, which features a sixth-generation i3 processor, 8GB of Ram and a 1TB hard drive. To see if this unique-looking desktop deserves a spot in your home office, head over to our full HP Pavilion Wave review.

Asus also has plans for Alexa, confirming this week that selected ZenBook models and VivoBook laptops will support the tech. We’ll know more about the company’s new range of laptops in the coming weeks, so stay tuned for updates.

Windows PCs in our lab tests

If you’re planning on buying a new PC this year, make sure you enlist the help of our expert reviews and land yourself a Best Buy. We test laptops, all-in-one PCs and desktop PCs throughout the year, paying close attention to power, speed and ease of use.

Buyers on a budget looking for a portable device should see our guide on the top 5 cheap laptops for under £500. If it’s a desktop you’re after, our advice on how to buy the best desktop PC should come in handy.