December was a big month in our wireless speakers test lab. A new wave of smart speakers has begun, with seven out of the ten new models we tested including voice assistants such as Alexa or Google Assistant.

And it included arguably the biggest speaker releases of the year – the Amazon Echo (2nd Gen) smart hub, which we test as a speaker, and the Sonos One, both with Alexa voice assistant integration.

We also tested a wireless speaker with Google Assistant integration, to see whether you can get better sound than the Google Home, as well as the JBL Pulse 3, the successor to the top-performing JBL Pulse 2 – could it do even better?

And there are surprises in store, with one new Best Buy acing the pack, and some underperforming (one enough even to get a dreaded Don’t Buy). Read on to find out which you should pick up in the January sales, and which you should avoid. 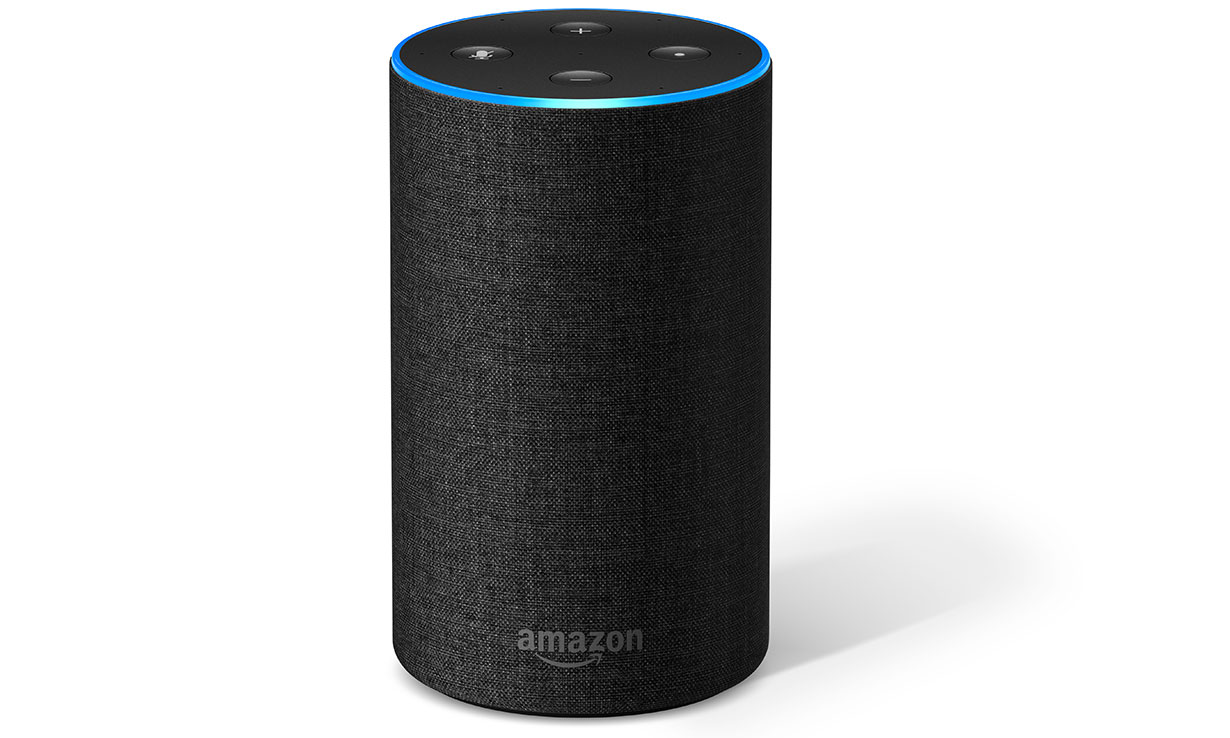 Amazon leaves the competition playing catch-up, with the launch of the successor to last year’s revolutionary Echo. We tested the original Echo both as a smart hub and a speaker, so were interested to see what progress it has made on both fronts.

This time, Amazon has released two smart speakers, the Amazon Echo (2nd Gen) and Amazon Echo Plus. The new standard Echo has a fabric finish, whereas the Echo Plus looks more similar to the original Echo, with an industrial looking grille finish. The Echo Plus also includes a built-in smart hub. Both speakers can control your smart home, but the inclusion of the smart hub in the Echo Plus means you can control your smart home appliances directly, rather than through, for example, your separate smart light bulb control unit.

We tested the Amazon Echo as a smart hub too, to see how it can control your home, along with the Echo Plus and the Echo Show. 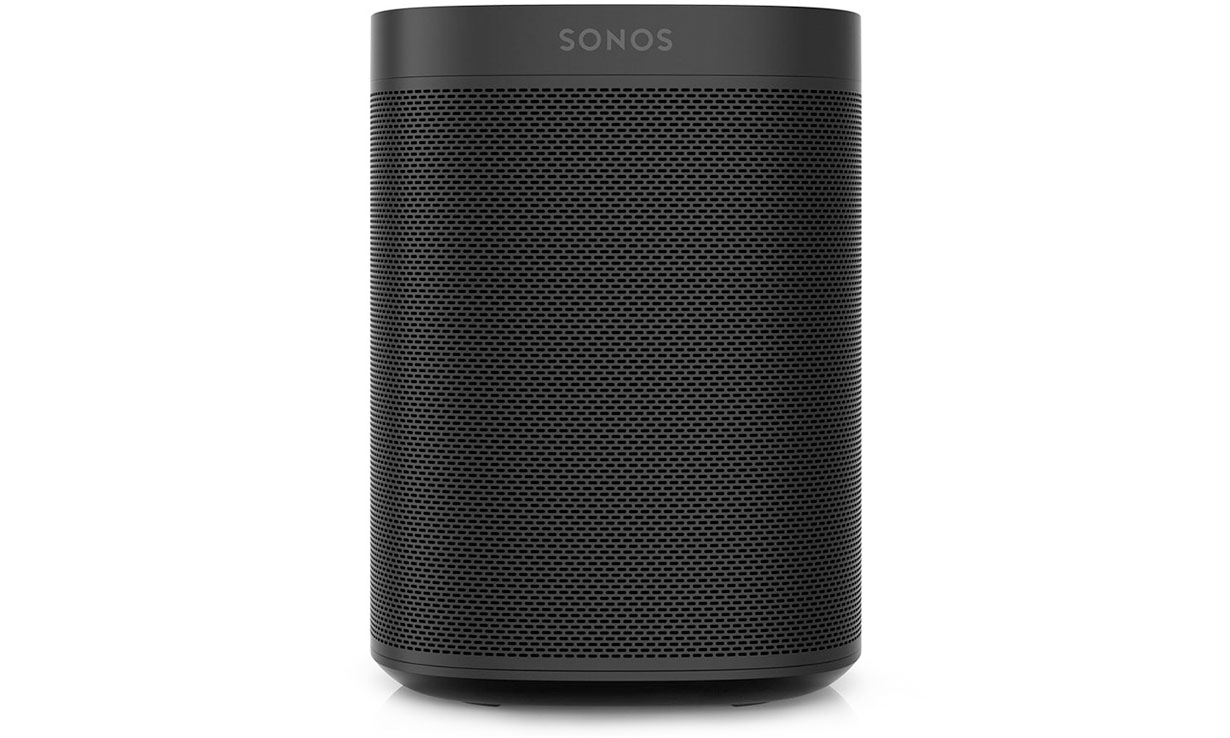 As Sonos’ smart feature upgrade to the Sonos Play:1, the flagship Sonos One takes the fight to the Amazon Echo competition with Amazon’s Alexa voice assistant built in.

This allows you to control the speaker through your voice alone, not only for playing and pausing music and choosing what track to play, but you can also perform a whole range of other functions. For example, you can check the weather or traffic updates, look up the news, set alarms or manage smart home appliances.

But can it deliver where it matters most? The Sonos One has big shoes to fill following in the footsteps of the excellent sounding Sonos Play:1. We reveal whether the Sonos One has delivered on the hype and matched the sound of its predecessor in our comprehensive Sonos One review. 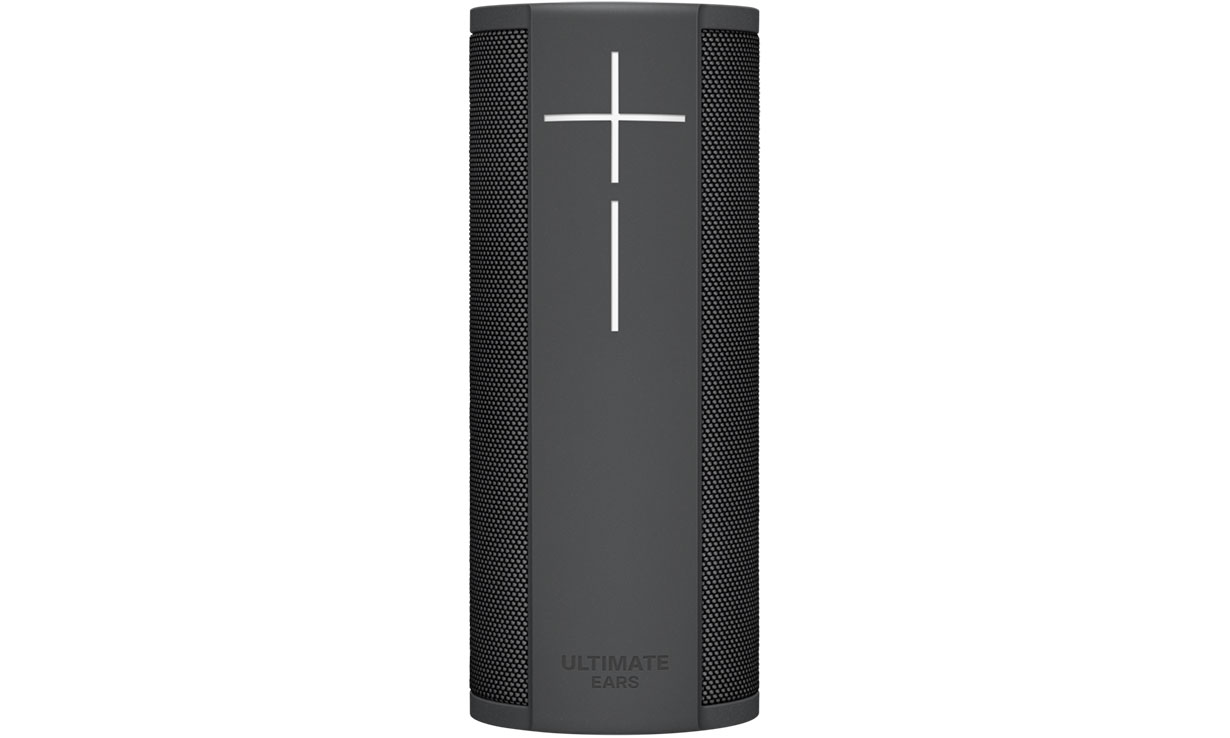 The Ultimate Ears Megablast wireless speaker is a portable model that promises – you guessed it – big sound. Its maximum value reaches 93dB – as loud as a powerful lawn mower.

It’s also built to last, with drop-proofing and dust-proofing, not to mention full IP67 waterproofing, meaning it can be submersed in liquid up to a metre deep for up to 30 minutes. So this durable speaker should survive even the worst weather at an event – or kitchen accidents.

Similarly to the Amazon Echo and Sonos One, it also has full Amazon Alexa voice assistant integration. Useful while cooking, this allows you to control the device hands-free, play internet radio, ask for news or weather updates, or even look up a cooking recipe. And if you get too distracted by the music, you can even order a takeaway, too.

The Ultimate Ears Megablast seems impressive. Find out whether it delivers in our in-depth review.

We also reviewed its smaller, lighter cousin, the Ultimate Ears Blast as well. 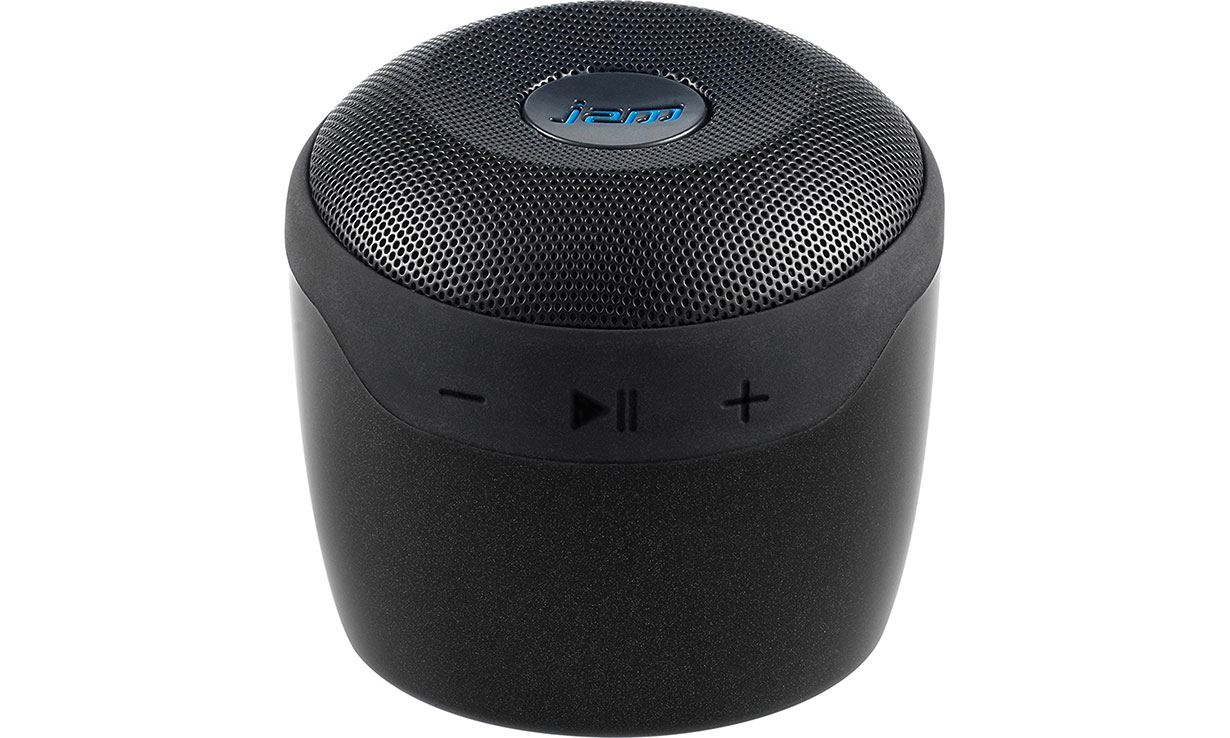 At the other end of the spectrum is the Jam Voice, a surprisingly small portable smart speaker measuring only 8cm in diameter. But it’s feature-packed, and it too has Amazon’s Alexa voice service built in for hands-free use and smart functionality, such as providing news and weather updates.

Not only this, it also has support for Apple AirPlay for Apple device wireless streaming, and supports NFC pairing. It can also pair with any other Jam wi-fi speaker.

It sounds like a great little companion to carry round everywhere with you. See how it performed in the lab in our Jam Voice review. 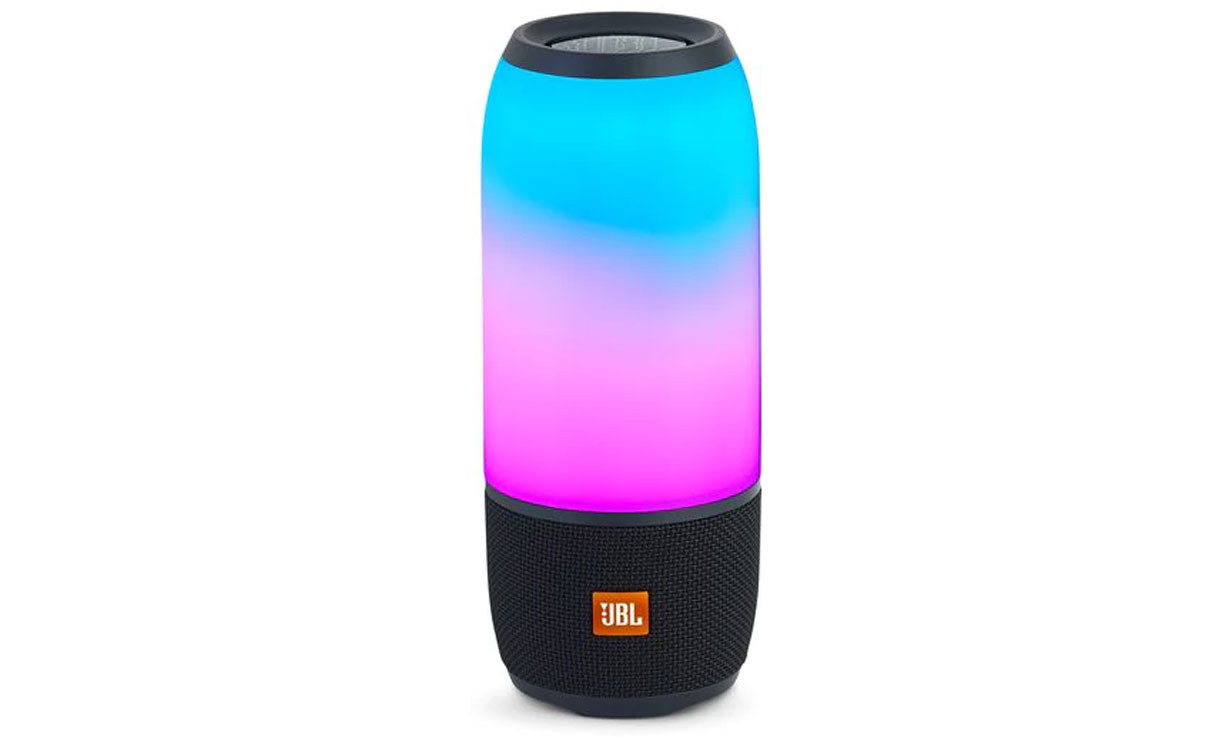 The only speaker we’ve shortlisted without voice assistant integration, the JBL Pulse 3 makes waves for very different reasons. It has big shoes to fill following the sensational JBL Pulse 2, and stands out from the crowd with a covering sheath of pulsating LED lights that move to the beat of the music.

Like the Ultimate Ears Megablast, the JBL Pulse 3 is also waterproof, and its lightshow can be turned off. Despite the lack of a voice assistant, it has plenty of functionality, including hands-free calling, aux in and multi-room support to connect together as many supported JBL speakers as you want.

The JBL Pulse 2 proved that great sounding music can also be fun. See whether the JBL Pulse 3 follows in this tradition in our full review. 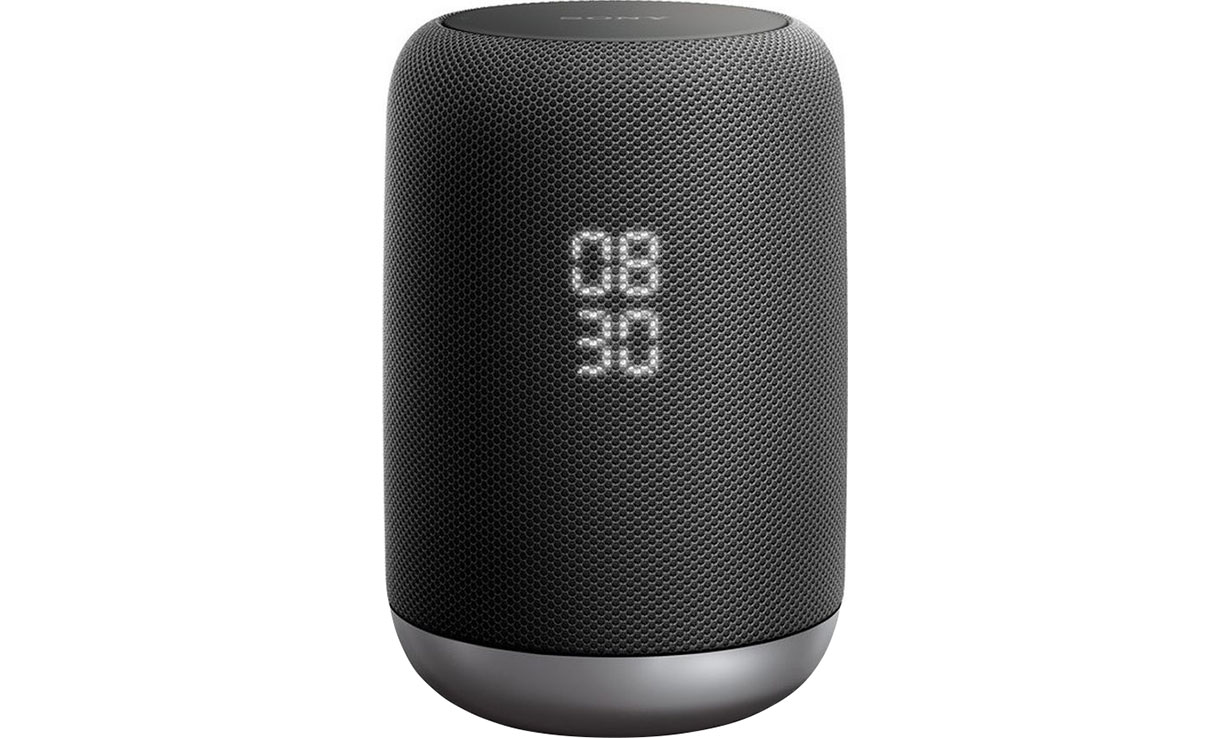 The Sony LF-S50G is one of the first wireless speakers to have the Alexa-rival Google Assistant built-in, for hands-free voice control. Not only this, it also has a touch-free control surface on the top of the unit, so you can control the unit through hand gestures – great for use in the kitchen or while gardening.

Google Chromecast support means you can spread multi-room music throughout your home by connecting to other speakers with built-in Google Chromecast. And the speaker also handily displays the time through its front grille so you don’t lose track while listening.

Does the Sony LF-S50G give Google fans a great sounding smart-speaker alternative to the Google Home? We put it through its paces in our extensive review.