Robots may still evoke images of the T-1000 taking aim at Sarah Connor in Terminator, but there are some cuter robots poised to be a genuinely useful addition to your home.

We’ve seen plenty of small, white, mobile (and some stationary) assistants trundling around CES, each with intriguing features.

Whether you’re ready for a robot or not, we’re seeing robots transition from a gimmick to something really useful.

We’ve picked out four from CES that want to make your life easier rather than take over the world.

Smart hub reviews – keep control of the advanced tech in your home. 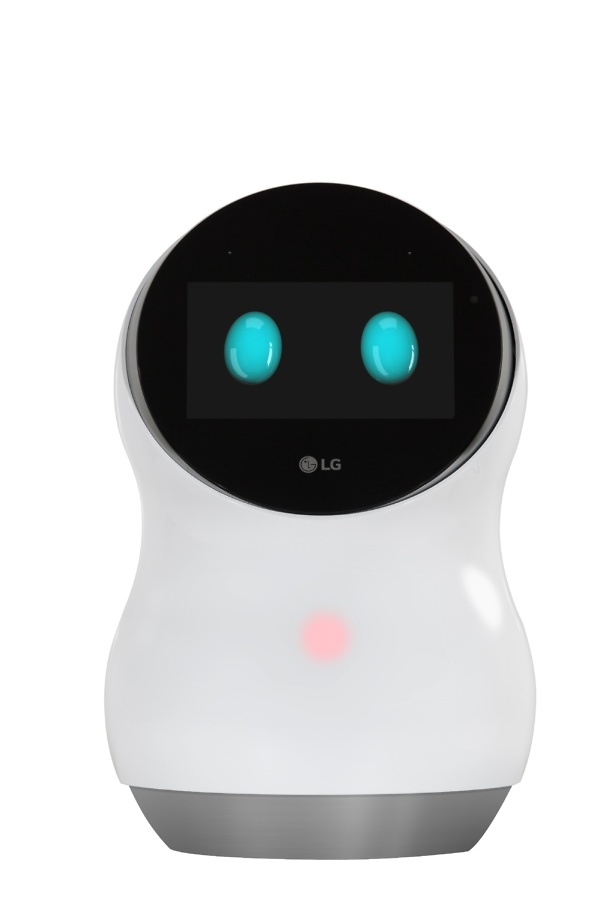 LG’s adorable little robot didn’t make the best impression at LG’s press conference. After a promising start it proceeded to ignore all of the speaker requests for the rest of the show. Presumably, the finished article won’t be quite so temperamental.

CLOi is the centre of LG’s new smart appliances that are powered by the new ThinQ software. It’s a voice-activated smart hub in the same way as Amazon Echo and Google Home, but CLOi looks more personable with its pair of blinking baby blues. Imagine a more squat version of Eve from Wall-E and you’ll be on the right track.

The screen built into CLOi’s face isn’t just for showing humanising eyes. It can display videos and instructions similar to the Echo Show. It works best with ThinQ appliances. By connecting with the LG smart fridge it will recommend recipes based on the ingredients that are going off soonest and preheat the oven to the right temperature. It even incorporates information from your calendar. The one time CLOi did what it was told on stage, it set a ‘sports cycle’ on the LG washing machine because a gym session was in the owner’s calendar.

Unfortunately, you won’t be able to get your hands on one in the UK as LG has no plans to launch it here. 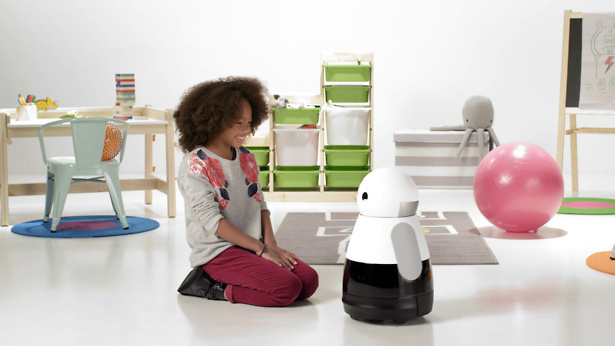 Kuri’s goal is to capture those moments you might miss. It looks like a CLOi, but it has wheels so it can roll around the house looking for memories to store. The built-in camera records choice moments. It could be your pets playing or your child’s first steps.

You can leave it to its own devices and review whatever is recorded during the day to keep whatever you like. Like a robot vacuum cleaner, it returns to its charging dock when it’s low on battery. It’s a hands-off product, unless you want to stroke it of course.

Tapping its head or giving it a rub will get you more than an affectionate chirp and a happy response from Kuri’s blinking eyes. You can use it to pause music from the built-in speakers and a bumper in the base means it won’t get stuck on the furniture.

It responds to voice commands, too, and will be able to control a range of smart tech. 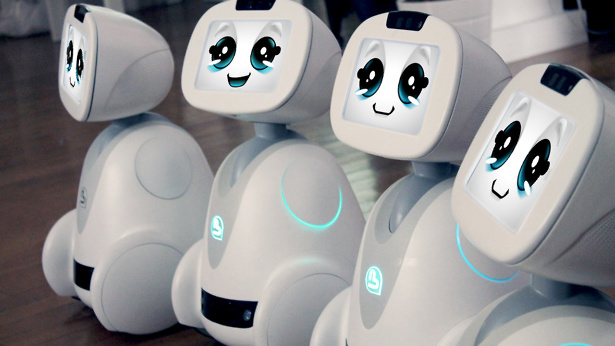 If you hadn’t guessed from the name, Buddy is a social robot. It’s cute as a button (notice a theme?) and when the touchscreen display mounted in the head section isn’t displaying its smiling mug, it’s used for applications.

Children can play with buddy through interactive games, but he’s useful for grown-ups, too. It will play videos, suggest recipes and patrol your home recording video when you’re out of the house. It can benefit the oldest members of the household, too. It can detect when people fall, and remind them to take medicine.

The creators of Buddy, Blue Frog Robotics, has made the developer technology open source, so anyone can create applications for Buddy.

Buddy was selling for $749 but is currently out of stock. If you can’t live without one you can register to be notified when it’s available again.

It’s one thing having a robot rolling around your living room, or sat on your kitchen work surface, but would you cuddle one in bed? Somnox, the sleep robot, is designed to help you nod off.

It emits soothing sounds, and helps you regulate your breathing and have a longer, deeper sleep. Unlike the other robots on this list, it doesn’t have a big pair of eyes ready to terrify you when you wake up in the morning. It looks like a big white bean, with a fabric surface, and you cuddle it at night. It’s possible your partner may feel neglected when you start spooning a fabric peanut, but it could be worth it if you get a better kip.