Modern cars are just as much products of technology as OLED TVs or smartphones, which is why an entire hall is dedicated to cars, and the tech inside them, at the CES tech show.

We’ve already covered the Byton Concept, a smart car hoping to redefine the driving experience by making the inside of the car more entertaining and engaging. But brands that are already well known are exhibiting at CES, too. Watch our video below or read on to find out what they revealed.

Best cars – take a look at our top-rated cars in each class.

Nissan, Hyundai, Kia and Toyota have brought a mixture of high-concept driverless cars that wouldn’t look out of place on a sci-fi film set, as well as some that look like they are ready to take their place on your local forecourt.

Here are the key things you need to know about these cars of the future. 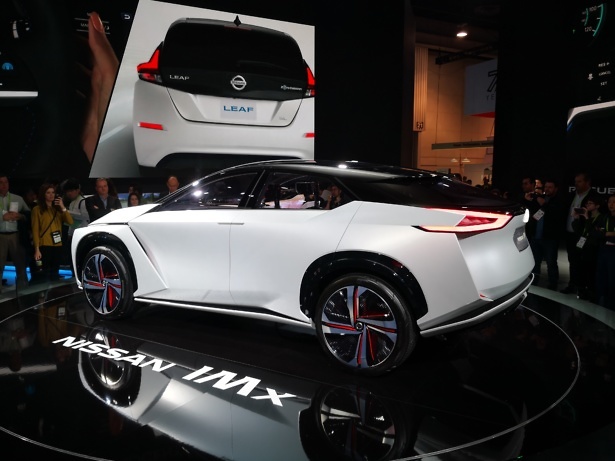 The IMx is an electric 4×4 that made its US debut at CES. It’s based on the same platform as the new Nissan Leaf, which was also at show, but two electric motors mean it’s four-wheel drive. Those engines will output 423hp and the car will go for 373 miles on a single charge, according to Nissan. This is a higher maximum range than the vast majority of electric cars.

As is often the case with concept cars, the IMx’s design is striking, with strong, defined lines that give the car a futuristic feel inside and out. The seats look, then, more like overpriced office chairs, and its steering wheel wouldn’t look out of place in a fighter jet cockpit. So the IMx doesn’t immediately scream comfort. But it’s possible some of the design flair will be muted when whatever version of this car arrives in showrooms.

The IMx isn’t light on tech either. The hefty panoramic screen mounted into the dashboard can be controlled using gesture and eye tracking. The IMx can drive itself, too. The technology is called ProPILOT and when it’s activated the steering wheel recedes into the dashboard, and the seats recline to allow more space in the cabin. The new Nissan Leaf is also getting a version of the ProPILOT technology. 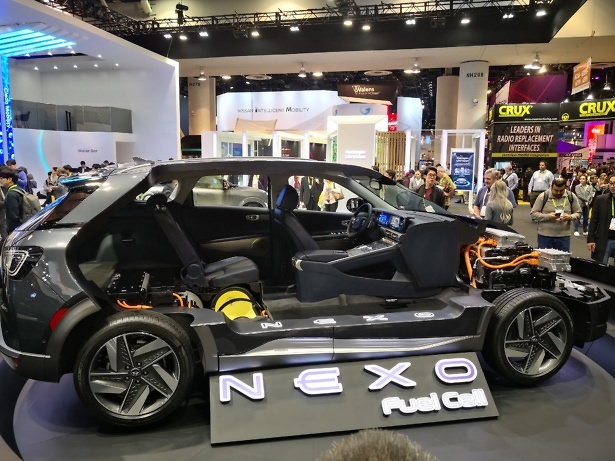 The Nexo uses a hydrogen-fuel cell for power and, according to Hyundai, you’ll be able to drive close to 500 miles on a full tank. The issue that faces hydrogen cars in the UK, including the Toyota Mirai, is the lack of hydrogen filling stations. The infrastructure is unlikely to improve significantly by the time the Nexo is released in the first half of 2018.

Considering the unusual design of the Mirai, the Nexo is a surprisingly normal-looking 4×4 similar to the Hyundai Sante Fe. It looks ordinary, but its on-board tech is more remarkable. There are lane-keeping assist and cruise control functions, which is common in modern cars, but the blind-spot monitor shows a live video of what’s causing the sensor to go off. And it can park itself. 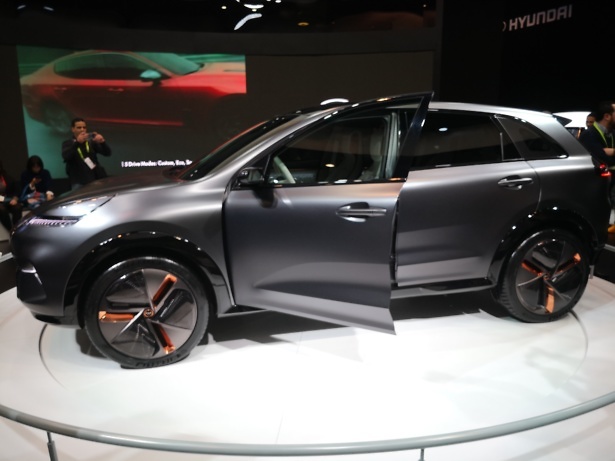 Kia plans to have 16 electric vehicles in its range by 2025, and the Niro EV concept car could well become a part of that line-up in the years to come.

It’s not the most extravagant concept car we’ve ever seen, which makes it even more likely that we’ll see something close to it between now and 2025. It is attractive though, with an aggressively styled front-end and a grille that doubles as a display panel.

The inside of the car is minimal and spacious, with wraparound curves that give the interior a space-age feel. There aren’t any enormous screens, like the ones in the Byton Concept and Nissan’s new SUV, but Kia isn’t focusing on an autonomous future, so a screen running the width of the dashboard would serve as distraction while driving.

Instead, Kia is focusing on cleaner cars. Therefore, the Niro EV has zero tailpipe emissions. Its all-electric engine and 64kWh battery pack will supposedly give a range of around 238 miles on a single charge. 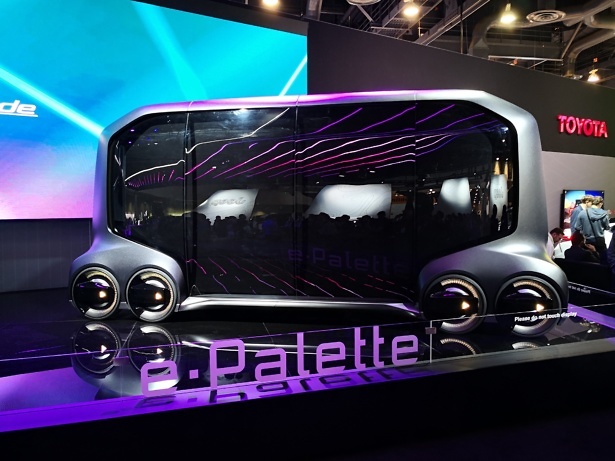 Toyota had the most unexpected launch of the bunch. The e-Palette is part taxi, part delivery service, part mobile shop and all autonomous.

If the right companies get on board with Toyota’s vision of the future, then it’s feasible that Topman could send a showroom to your front door, or Pizza Hut could deliver a pizza. It’s a minibus-sized vehicle, and using it to deliver a single Hawaiian pizza with extra pineapple may seem wasteful, but Toyota detailed plans to combine deliveries with ride-sharing to maximise the space.

Companies already on board with Toyota’s on-demand driverless electric vehicle include Amazon, Uber and Pizza Hut.

Toyota plans to debut the e-Palette at the 2020 Olympic Games in Tokyo.

Car technology of the future

Brain and vehicle in sync – as well as the IMx concept car, Nissan also unveiled brain-to-vehicle technology. The system interprets brain signals to help autonomous cars learn. This could help speed up reaction times, whether the car is driving itself or being driven. The car would effectively be able to anticipate driver movements, slowing down the car or beginning a turn that’s based on the signals it reads from the brain.

Next level autonomous cars – manufacturers are getting their cars ready for level-four autonomy. Current cars are level three at best, which means the driver needs to be alert at all times. Level four means the driver can kick back and relax, read a book or even have a nap. This will only work in certain areas and on certain roads, but it’s the level of autonomy that many people dreamed off when first hearing about driverless cars.

Cars get 5G – our phones don’t even have 5G support yet, but your next car might. As cars get more advanced and remain connected to the outside world, a 5G connection will ensure they get the data they need quickly. This will be vital as cars integrate with the smart home. Communicating with appliances, smart heating systems and online services will all be made possible by the fastest connection.