Apple could discontinue the iPhone X in summer 2018, less than a year since its November 2017 launch, according to renowned KGI Securities’ Apple analyst Ming-Chi Kuo.

The reason behind this decision is apparently relatively disappointing sales in China, due to the controversial ‘notch’ at the top of the display leading many to believe that the iPhone 8 Plus has more usable screen space.

But, according to market analyst firm Canalys, the iPhone X was still the most-shipped smartphone in the last quarter of 2017, with Apple selling 29 million models across the world – and 7 million in China. While these sales figures look impressive, Canalys has said that they didn’t meet expectations and that shipments weren’t the fastest ever for an iPhone.

It could certainly be odd if the iPhone X was discontinued. Usually, Apple keeps selling models for a few years after launch, cutting prices as new models come out.

If the X is discontinued, what next?

While the iPhone X that we all know might be discontinued, the hottest gossip on the rumour mill is that its design will be rolled out to three new iPhones.

The arguably least exciting of suggested new models is the second generation iPhone X. This would have the same 5.8-inch screen as the current model, but would likely have a few improved specs.

But there’s also talk of an iPhone X Plus. It’s slated to have a 6.5-inch screen – which is absolutely enormous. For context, the largest-display phone we’ve tested is the Samsung Galaxy Note 8, which has a massive 6.3-inch screen.

Plus, there could be a cheaper 6.1-inch version with an LCD screen – which is lower quality than the OLED displays on all other iPhone X models. It could be seen as an iPhone SE replacement, which would be slightly strange considering the SE’s small four-inch screen – one of its key selling points.

If you’ve already forked out for an iPhone X, don’t worry about it becoming obsolete. It should still receive the latest software updates for the next couple of years, so you shouldn’t lose out on new features and up-to-date security settings.

Is the iPhone X even Apple’s best iPhone? 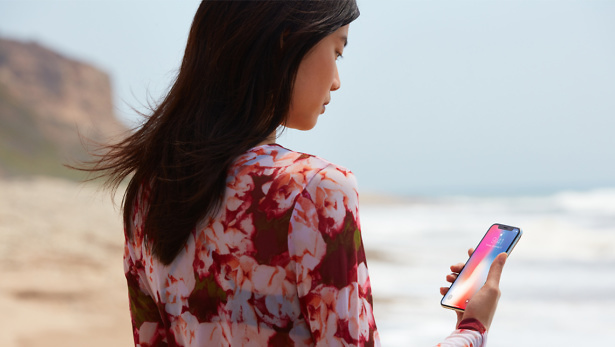 The iPhone X is certainly one of the most talked-about smartphones of 2017 – if not the most – but is it worth the astounding price tag?

It’s hard to deny that it looks stunning, if you can forgive the ‘notch’ at the top of the display. The notch houses the earpiece speaker and the front-facing camera, which is needed to let you unlock the phone with your face via Face ID.

It has two 12Mp cameras on its back, designed to help you zoom in on objects without losing clarity – and also to let you play around with some depth-of-field effects. For instance, you can draw focus to the main subject in your photo by blurring out everything else.

But are the photos actually any good? And does its battery see you through the day without needing some rest and recuperation? Find out the answer in our full Apple iPhone X review.

Top five best smartphones for 2018 – see what the iPhone X is up against today.