Apple’s HomePod will finally be released to the UK public on 9 February 2018. The new smart speaker and home hub had been due to launch before Christmas, after initially being announced in June last year.

The HomePod is the tech giant’s first ever smart speaker and home hub and it’s absence has been noticeable. The market is dominated by key competitors Amazon, Google and Sony, all of which comprehensively beat Apple to market with their Echo, Home and LF-S50G speakers, respectively.

If you fancy being one of the first to get your hands on Apple’s latest release, you can avoid joining the queue outside Apple stores this February by pre-ordering a HomePod online from Friday 26th January. It will set you back £319.

Check out all of the Apple HomePod’s smart speaker competitors with our smart wireless and bluetooth speaker reviews. Or, take a look at our smart home hub reviews.

What is the Apple HomePod? 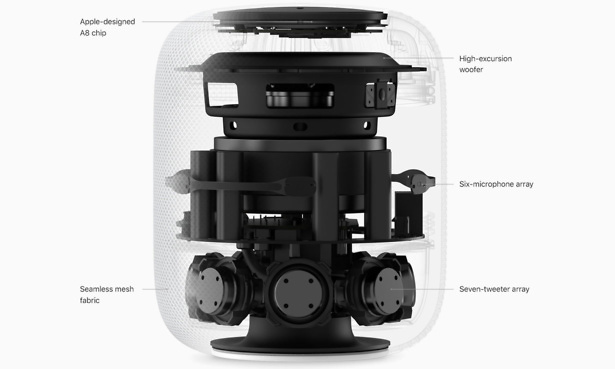 The HomePod is Apple’s first sortie into smart speakers and home hubs. For such a big brand, it’s surprisingly late to the party, with both the Amazon Echo (first launched in 2016) and the Google Home (2017) getting in well ahead of it.

The Apple HomePod is both smart speaker and hub, meaning it will play your music and respond to questions about the weather, train times or anything else you need a hand with.

And provided you have the right kit in your home – namely Apple’s HomeKit app – you can also use the HomePod to control the light and temperature in your home.

Read about our first impressions in our our Apple HomePod first look review.

Apple HomePod – a match for the Amazon Echo and Google Home?

Despite its home hub capabilities, the Apple HomePod is being primarily billed as a speaker.

Apple tells us that it has ‘reimagined how music should sound in the home’, and that its new smart creation will, ‘totally rock the house’. That may sound good on paper, but we’re holding judgment until we’ve tested it as it wouldn’t be the first time we’ve been disappointed by the sound quality of a smart speaker.

Watch this space for news of our full review, which will reveal how the HomePod rates as both a smart speaker and a home hub, and how it compares to the Amazon Echo and Google Home. 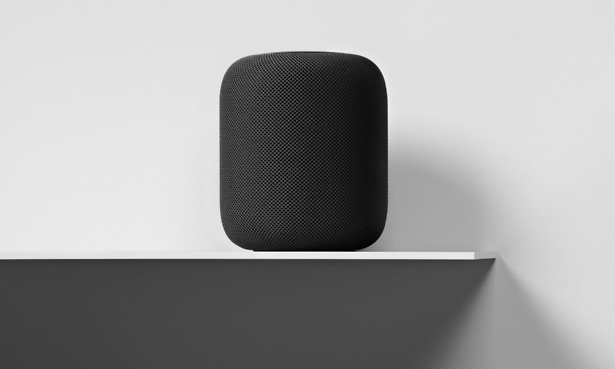 In the past, we’ve been hugely disappointed by the sound quality of certain big-name smart hubs and smart speakers.

In our lab tests, early versions of some of today’s market-leading products were a let-down when it came to sound. But our research reveals that later iterations of these popular products have made big strides when it comes to sound quality, suggesting it’s often worth waiting a while before splashing out.

We’re looking forward to seeing whether Apple’s latest launch can hit the ground running when it’s released in February. But if you’re looking to buy a smart speaker today, make sure you check out all of our voice-controlled speaker reviews.