Two weeks after Audi was ordered to recall thousands of its vehicles by German automotive watchdog KBA, Audi has now confirmed to Which? that UK car owners are also affected.

This comes after KBA discovered emissions defeat devices in a number of Audi’s engines. The technology allows affected cars to turn off emission-reducing features in real-world traffic, but still seemingly work when being tested.

V6 and V8 models are amongst those being recalled, but the full list of affected models has not yet been revealed. Audi did not disclose to us the total amount of UK cars involved.

Read on to find out what we discovered when we put Audi cars through our own independent NOx tests, and for more information on newly proposed penalties for car manufacturers that cheat on emissions.

Cars with high emissions are automatically discounted from being a Best Buy model, no matter how good the rest of the package is. This means you can be sure the cars we recommend are as clean as possible – see our Best Buy cars. 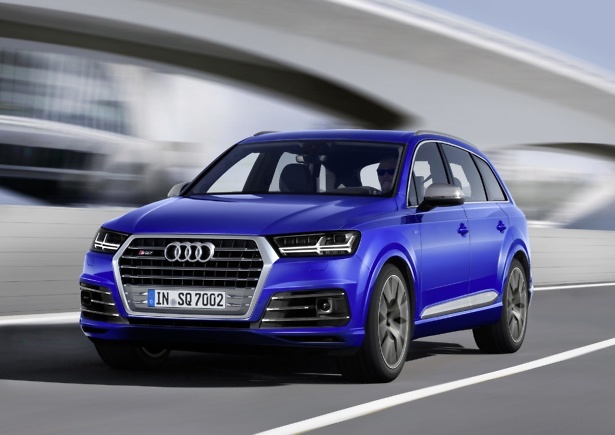 Back in 2017 we revealed the worst diesel cars for NOx emissions based on our own independent tests. At the time, we were able to reveal that mainstream diesel VW cars – including Audi – had some of the lowest NOx averages in our tests. We also said ‘a question mark remains over these results’, due to the Dieselgate scandal.

We also found other mainstream VW Group cars (VW, Seat and Skoda) to be extremely low polluters compared with the other carmakers we tested.

In 2016, we found two Euro 6 diesel Audi cars that, on average, had what we referred to as ‘suspiciously low’ NOX emissions in our tests. These were the Audi A4 Avant and the Audi Q3. At the time, VW said that our figures for these cars were as expected.

Here, we reveal how Audi diesel cars that meet official Euro 5 and Euro 6 limits score on average in our own emissions tests, compared with the average across all the brands we tested: 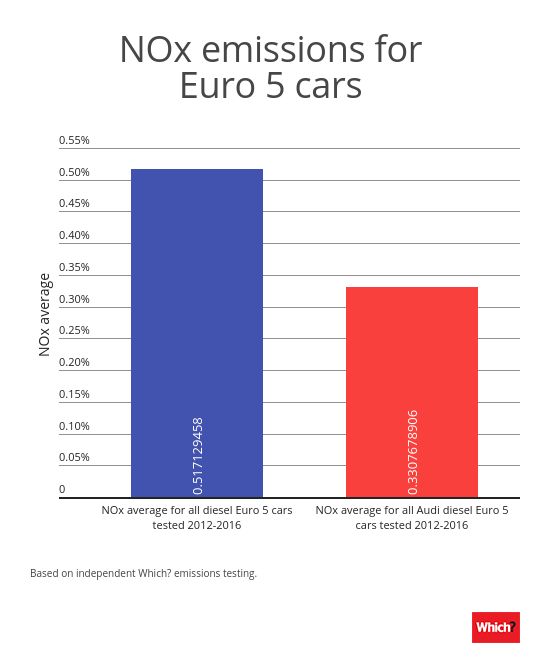 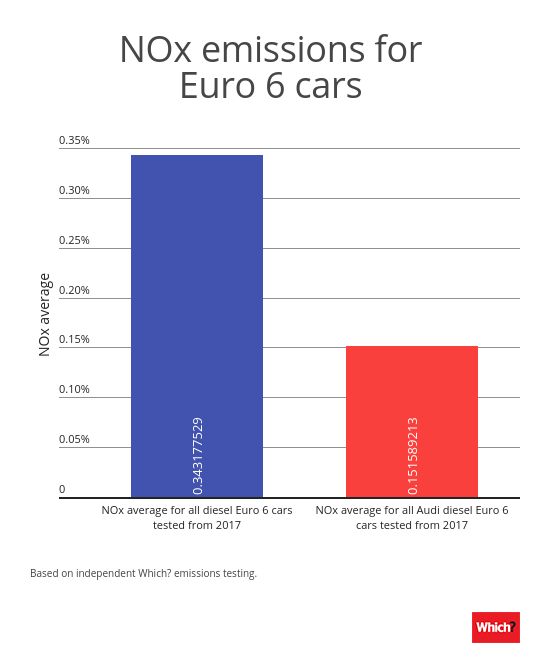 Find out more about how we test cars.

The Department for Transport recently announced its proposed plans to create a new offence for supplying a vehicle using a defeat device, or similar, to purposely evade regulations – these suggestions are off the back of the recent VW scandal.

Although there are currently fines for making false statements and withholding relevant information, which could cover the use of cheat devices, the Department for Transport intends to create a new civil or criminal offence solely for this problem.

It is currently requesting comments on the proposal before setting the official regulation.

In 2015, Volkswagen admitted to rigging pollution tests by illegally manipulating engine software so that vehicles would meet nitrogen oxide emissions standards in testing, after being caught out by US authorities.

What is NOx and why is it harmful?

Oxides of nitrogen (NOx) are actually two toxic gases: nitric oxide (NO) and nitrogen dioxide (NO2). They are formed when fuel is burned at high temperatures in the presence of nitrogen.

It is widely believed that NO2, one of the NOx gases, inflames the airways and can lower immunity against lung infections. Its effects are more pronounced on those who are vulnerable, such as the elderly and those who have an existing lung condition. 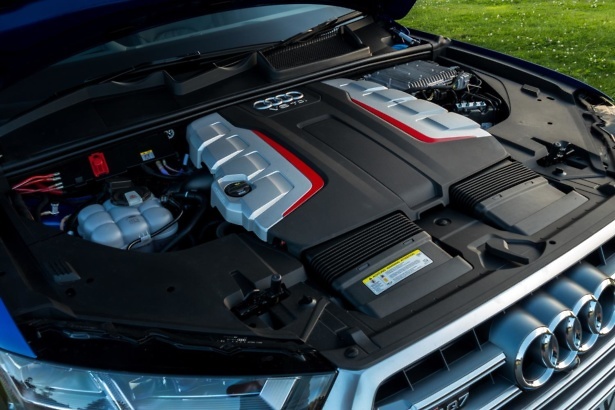 In our emissions tests, we collect air-polluting emissions data in real-world driving. This measures the quantity of exhaust emissions – such as oxides of nitrogen (NOx), carbon monoxide (CO), hydrocarbons (HC) and particulate matter (PM).

Our results found a quarter of diesel cars to emit so much NOx that we couldn’t make them Best Buys. But NOx doesn’t just come from diesel cars – all cars with a combustion engine produce NOx, including petrol hybrids.

While petrol cars produce NOx, in our tests they produce 16 times less the amount of NOx compared to diesel cars. With petrol cars, we are more concerned with high levels of CO (carbon monoxide), which is harmful to humans and separate from CO2 (carbon dioxide), which is a greenhouse gas. See here for the most polluting petrol cars.