Some of the world’s best athletes will be going for gold in Pyeongchang, South Korea, this month in the Winter Olympics. Will you able to watch that crisp snow and slick ice in 4K, or will you have to settle for Full HD?

Olympic Broadcasting Services (OBS) will film the event in 4K and HDR, but it’s up to broadcasters whether they show the event at that resolution.

The Pyeongchang Games will be the first broadcast in 4K HDR. The Rio 2016 Summer Olympics missed out due to a lack of demand from broadcasters, according to CEO of OBS, Yiannis Exarchos.

You’ll need to tune into the BBC to see the Winter Olympics in the UK, and it hasn’t announced any plans to air any of the games in 4K yet.

It’s not too late for the BBC to reveal a 4K stream of the opening ceremony on iPlayer, but time is running out. The impressive event kicks off on Friday.

Best 4K TVs – top-rated TVs that excel when it comes to UHD content. 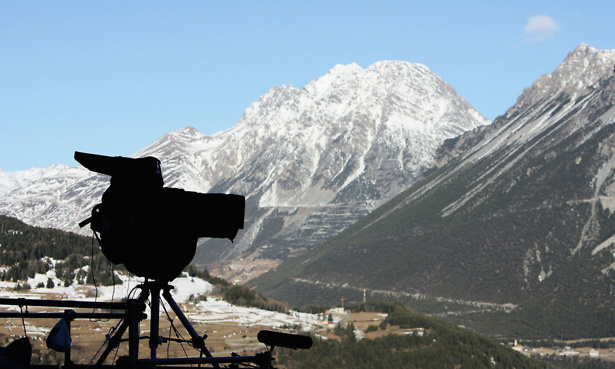 With so many high-profile sporting events happening in 2018, it seems like a good time for the BBC to start broadcasting some of them in 4K.

Currently, the BBC’s 4K content has been available only on iPlayer. Its second 4K trial took place in December 2017 when it made Blue Planet 2 available to stream in 4K HDR for a limited time.

It’s unlikely the BBC would choose the Winter Olympics to launch a 4K channel; the World Cup would be the most obvious choice for that. But there’s a chance we may see a 4K stream of the Olympics’ opening ceremony on iPlayer.

Choosing a TV for sport

Resolution isn’t the be-all and end-all when it comes to watching sport. Most sporting events (even curling) are relatively fast-moving, and some TVs simply can’t cope with reproducing the footage.

Wide-angle shots of dazzling white slopes don’t look quite as good when the image on the screen tears and judders as the camera pans across them, making what should be an exhilarating downhill slalom look more like a slideshow.

Close-ups, too, will be a letdown. The intricate movements of a pirouetting figure skater will be lost on a poor TV, and you’ll be left with a blurry whirlwind of movement.

These sorts of the issues are off-putting whether you’re absorbed in sport, or trying to immerse yourself in a good film.

Our tests check motion stability, fluidity and precision, so that when you choose a Which? recommended TV, you won’t be disappointed when you tune into your sport of choice.

Take a look at the TVs we think are best for watching sport.