CES is done with for another year. The quiet between that colossal tech show ending and new TVs being released offers a chance to digest what we’ve seen and pick out the best, most innovative tech you’ll find on a 2018 TV.

There’s plenty to sink your teeth into, from voice control, to image upscaling and beyond. Seeing a quick demo in a controlled environment doesn’t really give us chance to fully assess the new tech, though. When we test the TVs later in the year, we’ll get a better understanding of the usefulness of these features. 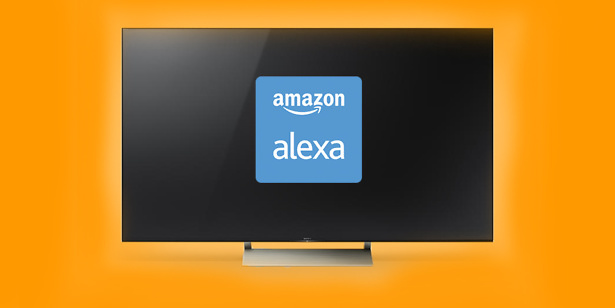 Controlling your TV with your voice isn’t technically new, but Alexa or Google Assistant have been adopted by just about every leading manufacturer, including Sony, LG and Hisense.

Samsung, always wanting to do its own thing in the TV market, will stick with proprietary tech for voice control, in the form of Bixby. Samsung sets released in 2018 will be the first products to include Bixby outside of the Galaxy smartphone range.

You’ll be able to chat to your TV to perform basic functions, such as adjusting volume and changing channel, but the new models push this further.

2018 TVs will, for instance, be able to show you who appeared in the film you’ve just watched and take you to apps – such as Netflix – that have the actor’s films, so you can enjoy other things they’ve starred in.

All that voice control isn’t restricted to the TV: new models from Samsung and LG can control other smart devices in the home, too.

You could ask Bixby to dim the lights in your lounge before you fire up a horror film, or increase the temperature on your smart thermostat because the movie is sending chills down your spine.

The TVs will work especially well with devices from the same brand, but they can control third-party smart devices as well. It’s clear that Samsung and LG want the TV to once again be the centrepiece of the home.

Yet to experience voice control in the home? Read our guide on how to buy the best smart home hub.

The difference and downside of LCD TVs when compared with organic LED (OLED) screens is that they need a backlight to produce an image. OLEDs don’t because each bulb can be individually lit and switched off, which means OLED panels are better at displaying black tones.

Full-array backlighting is one way that LCD TVs can close the gap to OLED tech. On Samsung’s 2017 TVs the backlight ran around the side of the TV and lit the screen in rows and columns, but its QLED TVs in 2018 won’t do that.

Samsung told us that full-array backlighting, where the light sits directly behind the TV, would create up to 1,000 dimmable zones, giving the TV much more control over how the screen is lit. Sony TVs will also feature this technology more heavily, and we’ll see in our tests how much difference it makes.

An OLED TV you can roll up

This TV from LG may seem like a gimmick, but it could actually redefine your living room. We know that people aren’t necessarily keen on buying 55-inch, or bigger, TVs. Unfortunately, that’s exactly what leading manufacturers want to sell.

TVs in the 32 to 43-inch range now make up a small portion of each brand’s yearly line-up, so choice is limited if you don’t want an enormous, bright TV dominating your living room. If that TV could roll up and put itself away when not in use, though, then its likely that more people would go for a bigger TV.

It’ll be a few years before this TV will be available to buy and the cost will probably be astronomical, but it’s an interesting sign of things to come.

The TV uses artificial intelligence to perform this upscaling. It analyses every single frame and smooths out jagged edges to create a sharper image. If this technology works as well in your home as it did at CES, then Samsung may have made the best TV for watching lower-resolution video.

And Samsung wasn’t finished, it also revealed a micro-LED TV. It’s Samsung’s answer to OLED because each individual bulb can be controlled. If a bulb is turned off, then it’s better for displaying black on screen, but will it be better than OLED? Our testing will reveal the answer.

We fully expect the two TV giants to lead the line again in 2018. See how they measure up in our guide to Samsung vs LG.