Nokia’s line-up just got a whole lot bigger, with the announcement of four new smartphones as well as a revamped version of the classic 8110.

It’s been some return to form. After all but disappearing from the smartphone landscape, Nokia made an unusual comeback last year by appealing to our retro ideals with the Nokia 3310 and 3310 3G. Like it or loathe it, the revised classic certainly got people talking.

After following them up with a new line of Android smartphones, including the Nokia 3, Nokia 5 and high-end Nokia 8, it declared its intentions to compete once again with the big boys in the smartphone market.

And Nokia appears to competing in earnest. A report from Counterpoint Research claims that HMD Global, which exclusively licenses the Nokia brand, ranked 3rd in the UK for smartphone sales in the last three months 2017. It was behind to only Apple and Samsung.

Not content simply to bask in its apparent newfound popularity, Nokia is building on its revived reputation with more new phones in 2018. And it aims to cover the entire spectrum, from budget to high-end.

Nokia unveiled a range of new models at the Mobile World Congress (MWC) show in Barcelona, and we’re here at the event to see it all for ourselves – including another blast from the company’s past in the form of the 8810.

Read on for all the latest on what Nokia has to offer. If you’re short on time, here’s a video of some of our thoughts on the refreshed line-up:

Nokia 1: cheap and packed with apps 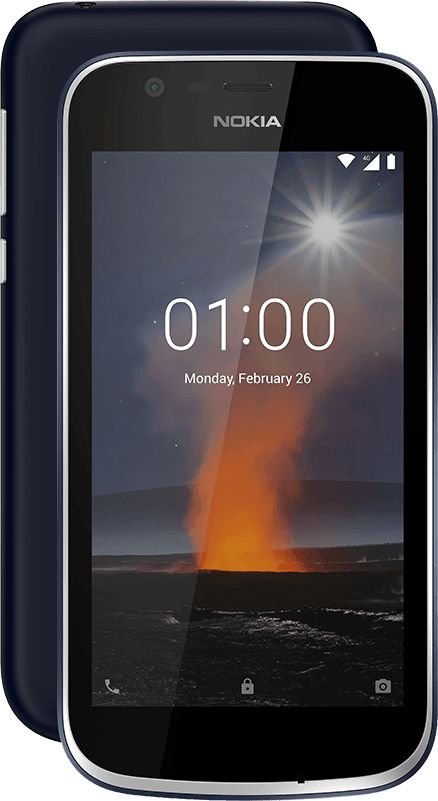 It runs on Android Oreo (Go edition) and comes pre-installed with a selection of Google apps that have been tweaked to run smoothly and take up less storage space. These apps include Google Maps and Google Assistant.

There’s just 1GB of Ram powering the Nokia 1, so you’ll want to look elsewhere if you’re shopping for a smartphone that can comfortably run lots of apps at once.

The cameras aren’t particularly powerful, either: the phone has a 5Mp rear camera with LED flash and a 2Mp front camera. It has 8GB of internal storage, which might not be enough if you plan on storing lots of music, pictures and videos.

The Nokia 1 will be available from early April, priced around $85. You can inject some personality into the phone with an optional Xpress-on cover, priced at $7. We’re yet to hear any official word on UK pricing. 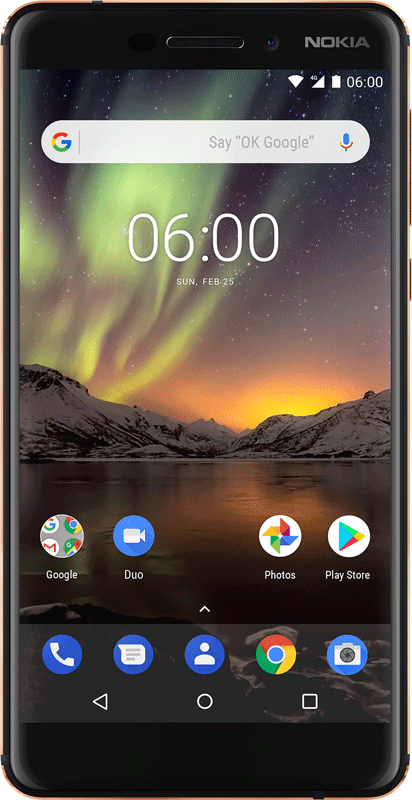 There are no design changes to speak of (there’s still a 5.5-inch Full HD display), but improvements under the hood should make this smartphone speedier than last year’s model.

Tucked inside the new Nokia 6 is a Snapdragon 630 processor and 4GB of Ram. Nokia says that guarantees 60% better performance compared with the original Nokia 6. We’ll have to wait for our own rigorous lab tests to see if that’s true.

The new Dual-Sight mode lets you film using the 16Mp rear camera and 8Mp front camera at the same time. Other features include wireless charging and facial recognition for fast unlocking. There’s 32GB of storage out of the box, but you can expand it by up to 128GB if you need more.

You’ll have to part with €279 to get your hands on the new Nokia 6, and it will be available in May.

Nokia 7 Plus: packed with camera features

If you’re shopping for an affordable smartphone that has something to offer in the camera department, take a closer look at the Nokia 7 Plus.

This new arrival has a dual camera, comprising a 12Mp wide-angle lens and a 13Mp telephoto lens. You can use Pro Camera mode to manually tweak picture settings such as brightness and shutter speed.

Above the display is a 16Mp camera that takes ‘picture-perfect selfies, day or night’. We’ll judge for ourselves when we test the Nokia 7 Plus later this year.

Nokia has made some bold claims when it comes to battery life on the 7 Plus – for one, you’ll apparently get two days of battery life. The phone is powered by a Snapdragon 660 processor and 4GB of Ram, which should see it cope well when it comes to running lots of apps at once.

There’s 64GB of storage to fill up right away, but if that’s not enough you can use the micro-SD card slot to expand it by up to 256GB.

This is the most powerful Nokia smartphone around. The sleek mobile has a curved 5.5-inch 2k display, backed by a Snapdragon 835 processor and a whopping 6GB of Ram. With specs like that we expect the Nokia 8 Sirocco to be lighting fast. We’ll run it through our lab tests as soon as we can.

Like the Nokia 7 Plus, this smartphone has a dual lens camera. There’s a 12Mp wide-angle lens as well as a 13Mp telephoto lens, which lets you take advantage of 2x optical zoom. This means you should be able to zoom in on an object without losing picture quality.

You’ll have plenty of room to store those photos, too, as the Nokia 8 Sirocco offers 128GB of internal storage.

Nokia smartphones in our test lab

Which? reviews, based on independent lab tests, will help you find the best mobile phone for you. We test battery life, photo quality and call clarity, and help you decide whether it’s worth spending more on the latest models.

We’ve tested various Nokia smartphones in our test lab, including the original Nokia 6 and the affordable Nokia 5. To see if any of Nokia’s smartphones have performed well enough to earn Best Buy status, see our Nokia mobile phone reviews.