Honor, a child brand of larger company Huawei, has launched the £200 Honor 9 Lite. It is available right now in blue, black or grey.

The headline feature is not one, not two, but four cameras – two on each side. Considering its low price, and some pretty impressive specs elsewhere, this certainly raised some eyebrows.

Samsung’s Galaxy S8, released in 2017, brought the idea of an almost-all-screen front panel to the mainstream, and the move was slated as something we’d see on more high-end models. But, less than a year later, the arrival of the 9 Lite shows that the idea can be transferred over to cheaper models.

The 9 Lite has a large, 5.65-inch screen. Honor has made it twice as long as it is wide, to aid one-handed use, something which we’d also previously only really seen on pricier options.

We’ve already been hands on with the new budget-friendly phone: see what we think of it in our Honor 9 Lite review. Plus below, we compare the 9 Lite’s specs with mid-range options from Motorola, Samsung and LG.

What’s this about four cameras? 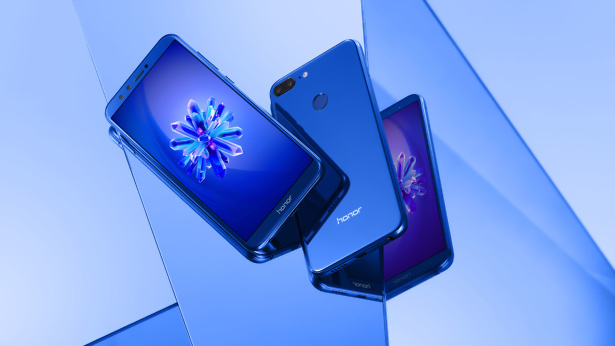 We’ve seen and increasing number phones with two rear-camera lenses, but we’ve not seen a handset with two on the back and front. That is, until we laid our hands on the Honor 9 Lite.

On both front and back, there are 13Mp and 2Mp lenses. The theory goes that these will capture exceptional detail, colour and depth. Plus they let you play with depth-of-field effects. This means you can really draw focus to your desired subject by blurring out its surroundings, for an arty shot.

But dual cameras don’t guarantee great photography. Indeed, it would be better to have one fantastic camera lens than two poor ones.

We’ll be sending the Honor 9 Lite to our test lab as soon as possible to dig deeper into its camera quality, to find out whether it really does give you top-quality shots.

Browse the best of the best in our guide to the top smartphones of 2018. 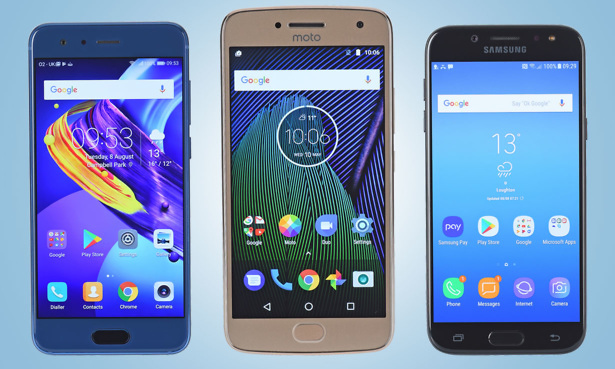 The Honor 9 Lite might pique your interest if you’re looking for a smartphone without spending more than £600 on the latest Apple or Samsung flagship models.

But it’s by no means the only budget-friendly mobile to consider. See the table below for a comparison of how the Honor 9 Lite compares with two other popular mid-range options: the Motorola Moto G5 Plus and Samsung Galaxy J5 (2017).

The Honor 9 Lite has a larger display than the Moto G5 Plus and Samsung Galaxy J5 (2017), but it’s not that much larger overall – and it’s lighter.

They all offer 32GB of total storage, plus they each have a 3,000mAh battery underneath the hood. But our full tests of the Moto G5 Plus and Galaxy J5 (2017) revealed battery life differences. How long the battery life stretches to depends on other factor than its size, such as processor efficiency.

£200 sounds like a bargain for a phone with decent specs – see what it’s up against in our guide to the best cheap mobile phones.

A decade of Apple iPads: can older tablets still cut the mustard?