Thanks to the smartphone in your pocket, you can easily capture and share special moments every day.

But a common issue with phone cameras is that they struggle to take good-quality photos in low light, so Samsung is aiming to remedy this with its new Galaxy S9 and S9+. But how do its cameras measure up to competitors?

Billed as Dual-Aperture technology, the rear camera for the S9 and S9+ include a new f/1.5 aperture, which means it will be able to pull in more light. It is a first for a smartphone camera.

We take a closer look at the camera features on Samsung’s flagship mobile and how they compare with the Apple iPhone X and Galaxy S8 cameras.

Both the S9 and S9+ have a 12Mp 1/2.55” sensor with an ingenious mechanical opening that works just like the human eye when it reacts to light.

The opening – or aperture – will move between f/2.4 (captures less light, so the shot won’t be overexposed) and f/1.5 (captures more light for darker scenes) depending on the surrounding light.

This means it should provide you with crisp and vibrant shots during the daytime, and equally bright images in darker, challenging conditions.

The S9+ goes one step further by pairing the existing 12Mp sensor with another 12Mp telephoto module with a 1/3.6” sensor and a fixed f/2.4 aperture. With dual rear cameras, this allows for a wider depth of field in your shots and good quality when zooming, without overexposing daylight shots.

Marketed as ‘next-level slow-motion’ video, both the S9 and S9+ support video recording at 960 frames per second (fps). Basically, this means the larger the number, the slower the footage (ie more frames are recorded in the same amount of time).

Compared with both the iPhone X and Galaxy S8, neither of these phones can capture this high frame rate. However, the video quality is capped at HD quality (720p). 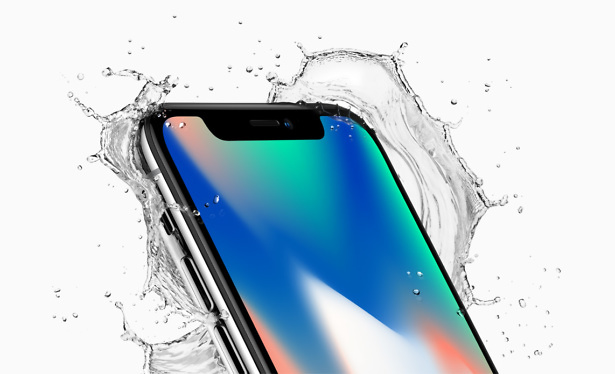 As with the S9+, the iPhone X has two 12Mp rear camera lenses: one is telephoto, while the other is wide angle. The main wide-angle camera has an aperture of f/1.8, and the telephoto is set to f/2.4. Again, this means you should expect very detailed close-up shots.

Both of these cameras in the iPhone X should produce higher-quality shots than those of its predecessor, especially in low light – an area iPhones have struggled with previously.

You can also use Portrait Mode when taking photos with the iPhone X. This draws focus to your subject by blurring out the background, changing the depth of field. This can lead to some delightfully artistic shots.

Slow-motion video with the iPhone X maxes out at 240fps in Full HD, which is still pretty decent, despite not matching the higher frame rates of the S9 and S9+.

One feature we like with the iPhone X is that you can take 8Mp stills while recording 4K video, so you don’t need to switch between the different recording modes.

Check out our fully tested iPhone X phone review to find out whether it earns our stamp of approval. 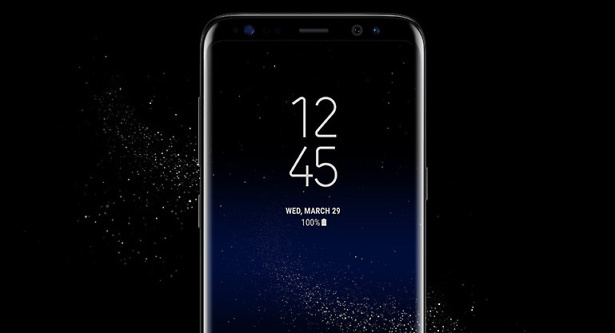 The Samsung Galaxy S8 is older than the other phones listed here, having been released in April 2017. While that’s less than a year ago, it’s a lifetime in phone technology developments.

It includes a 12Mp sensor with a fixed f/1.7 aperture, a fast autofocus system and optical image stabilisation. So while it lacks a secondary lens, our main issue with the S8 is the exposure.

We found that the Galaxy S8 has a tendency to slightly overexpose images. This means that in daylight shots large sections of the sky are displayed as bright light, misrepresenting the nuances and colours.

The S8 can also record 4K video, like the S9, S9+ and iPhone X, but it lacks the ability to record in slow-motion recording at 4K. So the S8 can record 240fps slow-motion video, but it can only do it at HD quality.

Based on the specifications, the S8 camera lags slightly behind the newer S9, S9+ and iPhone X. It may not have all the bells and whistles, but it can capture good-quality stills and video to share with family and friends.

To see how this phone compares with the models listed above and more, read our full Samsung Galaxy S8 review.

Based on the specs, the Galaxy S9 and S9+ do seem likely to have the best phone cameras we’ve ever seen, but our lab tests will reveal whether this is truly the case. We’ll bring you the results as soon as we have them.

If you want to further improve the quality of your photos, without breaking your budget, take a look at our top cheap compact cameras.