UPDATE – 05 April 2018: Facebook now believes up to 87 million people had their data inappropriately shared with Cambridge Analytica and the BBC has been told about 1.1 million of those users are UK-based.

That number is much higher than the 50 million previously quoted by whistleblower Christopher Wylie.

UPDATE – 28 March 2018: Facebook has announced it will give people new tools to let its users see and delete data collected about them. It has said it will add the new features in the next few weeks, in addition to updating its terms of service and data policy to better explain to users how their data is being collected.

Facebook has come under further fire after several people have found records of their calls and texts when they downloaded copies of their history from the site.

The issue exploded on Twitter after a New Zealander downloaded his Facebook archive data for the period between October 2016 and July 2017, and found the ‘metadata of every cellular call I’ve ever made, including time and duration’ and the metadata for his text messages. 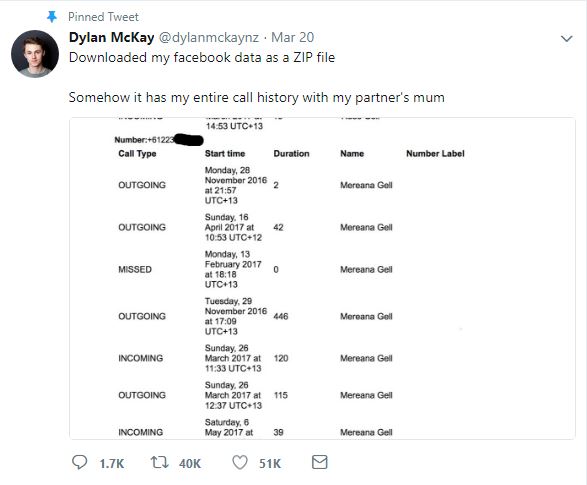 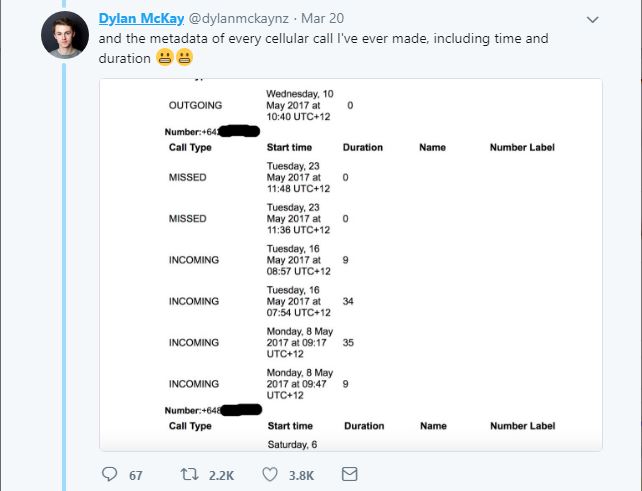 After raising the issue, other people said that their Facebook archives also contained lists of their texts and calls.

The social network, already in hot water following the recent Cambridge Analytica data privacy scandal, said it wasn’t logging texts and calls without people’s permission because the feature is ‘opt-in’ only.

The feature is only available for the Messenger for Android app and the streamlined version of the site, Facebook Lite.

In a statement, the site said the feature was designed to help better connect users: ‘You may have seen some recent reports that Facebook has been logging people’s call and text history without their permission. This is not the case,’ the company said.

‘We never sell this data, and this feature does not collect the content of your text messages or calls,’ it continued.

To download a copy of your own Facebook history and records, read our free Which? guide on how to do it.

If you want to control what information you give the social network or delete your account, you can follow our five steps to managing your Facebook data and ad preferences.

Any contact who is saved to a device on which you use Facebook, for example someone’s email or phone number, will also appear as part of your history data.

The site says this is also an optional feature because it asks users if it can access their contact list as a way of finding and suggesting connections.

But it means some people without a Facebook account could see their phone number become part of the platform’s data archive, should any of their friends or family be on the site.

Users who download their data will also see not only their current friends list and the date that online friendship began, but also a list of friend requests a user has declined and friends they’ve deleted.

From just £6 a month (£5 for existing Which? members), the Which? Tech Support team can help with laptops, desktops, tablets, smartphones, printers, home internet and smart TV issues.

From working out how to deal with an error message on your screen to helping you connect your phone to your TV, we’re on hand to help with step-by-step advice.