The leading TV manufacturers have revealed their hand for 2018, and Sony has even released a few of its TVs (the 55, 65 and 75-inch versions of the XF90 series).

We haven’t got full reviews yet, but there’s plenty we can consider before our experts fully examine them. The size of these tellies and the technology inside them all give an inkling into where the market is heading in 2018.

Rivalries and partnerships are forming around the displays these TVs use and the HDR formats they support, with all the brands seeming to agree that 43-inch 4K TVs just aren’t worth making anymore.

Let’s delve deeper into what these trends mean for TVs in the years to come.

Samsung, LG, Panasonic and Sony’s 2018 TVs revealed: everything you need to know about the new models to help you choose your ideal set. 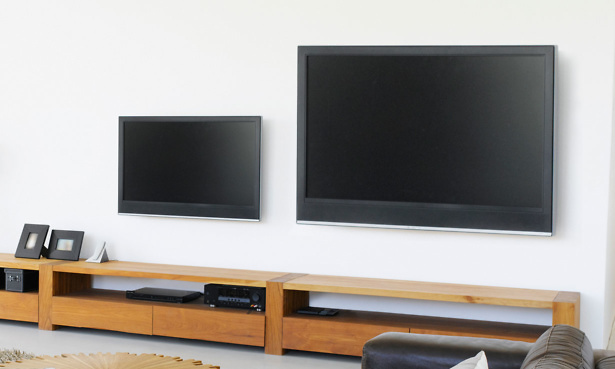 Don’t expect much choice below 49 inches

We published a story recently about the death of the 32-inch TV. This time next year we may be writing something similar about 43-inch models, too.

It’s possible we’ll see variants of these 43-inch sets available in different colours or with slight design tweaks, and there may be one or two more released later in the year. But when you consider that Samsung has 11 different series in its 2018 line-up and only two of them have a 43-inch option, it’s clear that these TVs aren’t top of the priority list.

It’s no secret that you can see more of the detail in 4K content on larger screens and, as Ultra HD video becomes more widespread, the demand for bigger displays that show it off to its fullest will increase.

TV manufacturers may already be pre-empting this by nudging people towards 50 and 55-inch TVs, but there’s good reason to upgrade to something larger if you currently have a 32 or 43-inch TV. 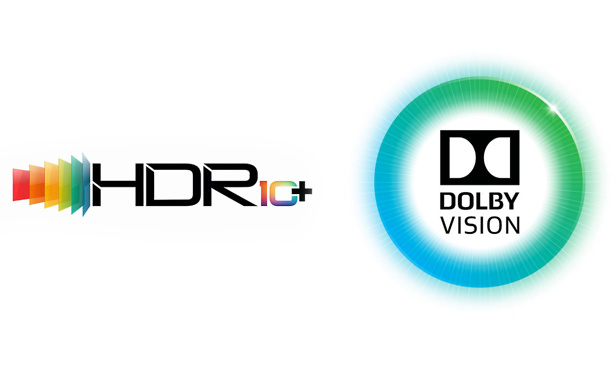 There are five HDR formats that TVs from the various manufacturers support in 2018. You can read our extensive guide on HDR if you’re curious about how the technology works and how they differ.

HDR10+ and Dolby Vision are two formats that are butting heads in an attempt to become a new industry standard adopted by all TV manufacturers and all content creators. HDR10 is the current standard and every HDR TV supports it, but it has its limitations, which are addressed by both Dolby Vision and HDR10+.

You’ll find Dolby Vision on LG and Sony TVs, while Panasonic and Samsung TVs use HDR10+ instead. Both formats improve HDR in the same way, which you can read about in our guide. So why have two? Will either of them become the new standard adopted by all manufacturers?

HDR10+ was developed by Samsung and is supported by Amazon Prime Video and 20th Century Fox. Interestingly, Fox is now owned by Disney, which supports Dolby Vision.

Samsung has been creating the format for years and, unlike Dolby Vision, it’s free to use. For a manufacturer to add Dolby Vision support to its TV, and for content creators and studios to use it, they must pay a licence fee to Dolby.

Since HDR10+ is free, you would expect all these companies to flock to it, but it’s who broadcasters flock to that may matter more. One of the key features of Dolby Vision is dual-layered data transmission, which can send SDR and HDR video at the same time, which makes it easier to broadcast. If TV stations around the world use Dolby Vision over HDR10+, then even the mighty Samsung may need to admit defeat.

That’s not something Samsung likes to do. It has always blazed its own trail, including with the displays it uses. 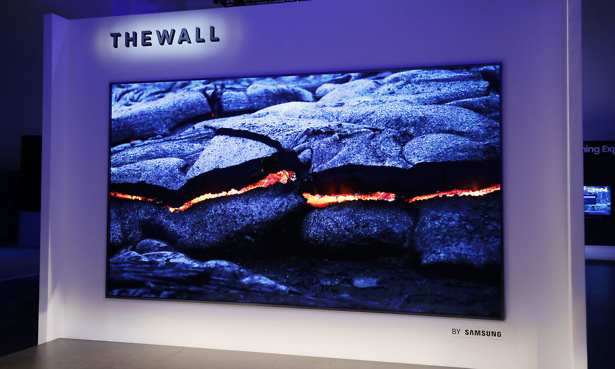 Samsung thinks LCD is better than OLED, but develops similar technology to it anyway

Of the big four, only Samsung is yet to release an OLED TV. OLED is synonymous with premium, high-end TVs, and Samsung knows that.

Samsung still extols the virtues of LCD displays and the quantum dot technology it adds to its QLED range, which it believes offers better brightness and more vibrant colours over OLED sets. But that hasn’t prevented it from developing new display technology that works just like OLED.

‘The Wall’, Samsung’s enormous 146-inch TV, is arriving some time this year, and will be the first TV to use Samsung’s new micro-LED tech. Where LCD displays use an LED backlight to create the images on screen, the bulbs in a micro-LED display can be switched on and off individually, just like on an OLED panel, allowing for deeper blacks and a greater overall contrast.

The Wall is more of a showpiece than anything else, but in the years to come we should see micro-LED trickle down into Samsung’s more affordable sets.

Samsung clearly understands the benefits of OLED displays, but it has also sought to improve on it with micro-LED. The O in OLED stands for organic, which refers to the material creating the light. Samsung says this material is susceptible to burn-in (when a faint image appears on screen and can’t be removed) and that it can’t reach the brightness levels of the inorganic material used in micro-LED displays.

What else can you expect?