Sitting right at the top of the range of Samsung TVs are QLEDs – the crème de la crème of the company’s range, and its answer to the high-end OLED panels from rivals.

These TVs have all the technology and features Samsung can muster, promising outstanding picture quality. We thought we’d seen all of its most recent range of QLED sets, but Samsung held one in reserve: the QE55Q6F.

At less than £1,000, it’s Samsung cheapest QLED yet. Will this high-end TV take pride of place on top of the pyramid or, with 2018 TVs just a few months away, should it be buried inside?

Everything you need to know about the Samsung QE55Q6F

Samsung TVs move up through numbered ranges starting with the 6 Series and ending with the 9 Series. When it hits the QLED series, those numbers start again.

All Samsung’s TVs are LCD, but the Q6F works differently to models further down the range. The backlight illuminates the screen through a layer of quantum dots to create the colours you see on screen. Samsung says this process creates more vibrant, natural colours, and more brightness than other LCD TVs – as well as the OLED sets produced by its arch-rival, LG. 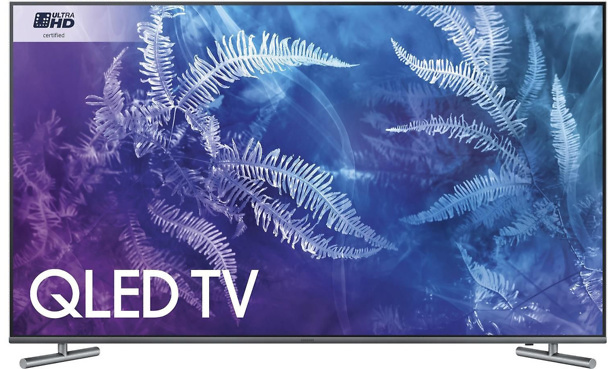 The TV benefits from Samsung’s no-clutter wiring system, too. Rather than putting all the connections at the back of the TV, one thin, clear wire connects to a separate box housing four HDMI and three USB ports. The lack of unsightly cables is especially welcome if you plan to wall mount it.

The angled feet propping the TV up may not be to everyone’s taste, but the bezel-free design is impressive and what little frame there is sleek brushed metal.

It may be a premium TV, but regardless of price, design and pedigree, a TV has to stand on its own merits and impress our experts with stunning picture quality and sound to match.

Does this TV play 2017 out in style or does it fall flat? Find out in our Samsung QE55Q6F review.

Samsung is revealing its full line-up of TVs for this year at the New York Stock Exchange later today (7 March), but we already know about its QLED range from a recent expo in Las Vegas.

As the name suggests, the TVs will still use quantum dot technology to create a picture. We also know that there will be four ranges under the QLED banner: Q6, Q7, Q8 and Q9.

Having more LEDs lighting the screen creates more dimming zones, which means the TV can be more specific about which areas of the screen are lit. This should help minimise lighter colours bleeding into darker areas of the picture.

Samsung’s new QLED sets will be released in April and are likely to be expensive. TV prices tend to go down as the year goes on, and 2017’s QLED TVs have almost halved in price in some cases. The QE65Q7F cost as much as £3,265 ten months ago, but was available for £1,750 just seven months later.

We’ll test Samsung’s latest batch as soon as possible, and you should hold out for our reviews before you take the plunge on a new TV. If the new QLEDs don’t offer a significant improvement over last year’s, then you could save a bundle on the QE55Q6F, which should still be on sale as it was released later in the year.

If £1,000 is more than you want to pay, then choose from these top-rated cheap TVs. 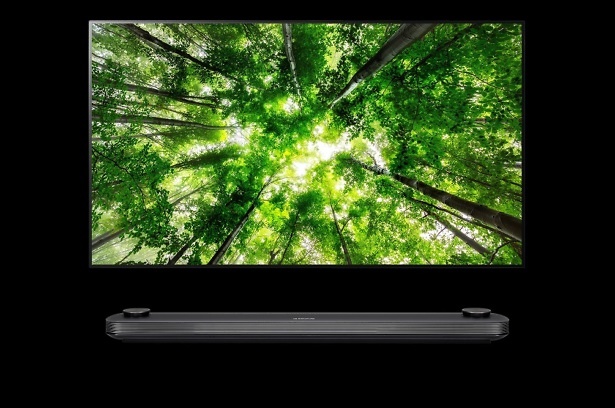 There’s only one letter separating OLED and QLED, but the technology is very different. LG’s OLEDs will likely be the stiffest competition for Samsung’s premium TVs in 2018, especially as LG appears to be lowering prices.

It recently revealed the cost of its entire OLED range in the US. We don’t have UK prices yet, but if they follow the US ones, then the launch cost of these premium TVs will be much cheaper than their predecessors.

The Samsung QE55Q6F is an outlier, as the majority of Samsung’s 2017 QLED TVs were more than £2,000 at launch. But we’ll know soon if Samsung will follow up this year by lowering the price of its premium TVs. If it doesn’t, it may risk losing ground to LG’s OLED sets – and other rivals who may look to drop the price of this cutting-edge picture technology.