Companies should no longer advertise ‘free’ or ‘UK wide’ delivery if this is not the case in all locations across the UK, according to new rules from the Advertising Standards Authority (ASA).

Claims about ‘free’ UK delivery or just ‘UK’ delivery will now be subject to stricter rules under an Enforcement Notice from the ASA and the Committees of Advertising Practice (CAP).

The CAP says that it is reasonable for UK consumers to expect a definitive claim about ‘UK delivery’ to apply to them wherever they live, including Northern Ireland and the Scottish Isles. If there are delivery restrictions or exclusions, these need to be made clear from the outset, with the claim amended if necessary.

Companies have until 31 May to make changes. If they take no action after this there will be enforcement action which may include referral to Trading Standards.

Find out which are the best and worst delivery companies according to our survey of more than 10,000 customers.

Companies can no longer make claims such as ‘UK delivery for £xx’ when there are surcharges or restrictions for parts of Scotland, Northern Ireland, Anglesey and the Isle of Wight. 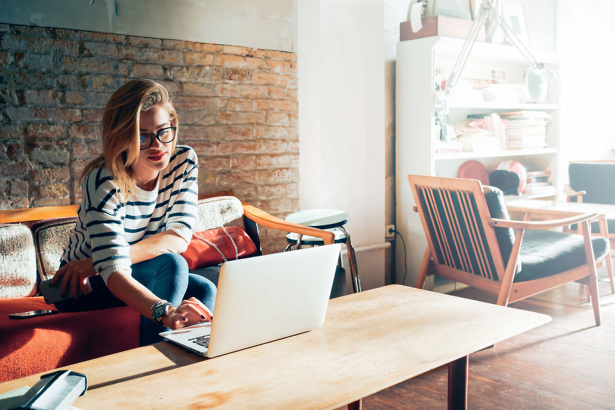 Also, adverts for delivery should not contradict themselves, for example if there are restrictions on the availability of a free delivery offer, advertisers should avoid a sweeping statement and make it clear from the beginning the limitations of the offer so all customers know what they are signing up for.

‘Companies must honour the delivery claims they’re making or stop making them,’ said Chief Executive of the Advertising Standards Authority, Guy Parker. ‘It’s simply not fair to mislead people about whether parcels can be delivered to them, or how much it will cost.’

The ASA has already banned some adverts for making misleading parcel delivery or surcharge claims. This includes one from furniture store ACHICA. The TV ad featured the voice-over ‘great brands… anywhere you can get online’ but there were size and weight limitations on deliveries to some areas of the UK, including the Shetland Islands and non-mainland addresses, so the ASA ruled against them.

Amazon Prime’s one day delivery claims are also currently under investigation after 200 complaints from shoppers in the run up to Christmas. The ASA is yet to rule on this specific case but Amazon UK has already come under fire from the regulator for ‘misleading’ price comparison adverts that appeared on its website.

Your rights on parcel deliveries

When we asked more than 10,000 UK shoppers about the best and worst online shops last year, around 20% told us their deliveries arrived late, and more than one in ten had a package they had ordered not turn up.

If something you ordered arrives damaged or doesn’t come at all you have delivery rights protected by the Consumer Rights Act and the Consumer Contracts Regulations.

We’ve got guides to help you with damaged goods, missing packages, incorrect delivery and what to do if the company won’t help you. So if you are having problems with a delivery you’ll be able to complain with confidence.