The new Ford Focus is Ford’s most technologically advanced car. That’s what the car manufacturer claimed recently, when it lifted the covers off its all-new fourth-generation Focus hatchback. But is this enough to help it see off rivals?

The new Ford Focus is available in five-door hatchback and estate guises (as before), and will also be joined by a ‘crossover’ version, with a mild rise in ride height and additional body styling. Prices range from £17,930 to £28,890, and the first deliveries are expected in September 2018.

It needs to work hard if it’s to stand out against established competitors, such as the VW Golf. The Focus is also up against new versions of the Hyundai i30 and Kia Ceed, which have become much more competitive in terms of quality and on-board technology.

The outgoing Ford Focus is the fourth bestselling car this year*. So will its eye-catching new styling and new raft of connectivity and safety tech make it jump up the ranks?

We’ll put the new Focus through our full tests as soon as we can, to see if it’s worthy of being a Which? Best Buy car. In the meantime, keep reading for our pick of its top tech features.

Can you trust Ford? We reveal the most reliable car brands.

Check out the new Focus before its showroom debut and see our round-up of its tech highlights.

Turn a new Ford Focus into a wi-fi hotspot

The new Focus is the first car from Ford that’s available with an on-board modem, which you can use as a portable wi-fi hotspot.

If you’re regularly in the car with children or teenagers, or you’re a particularly heavy data user yourself, you’ll appreciate the ability to wirelessly connect up to 10 devices at once. Called FordPass Connect, it means your passengers can enjoy high-speed internet on the move. 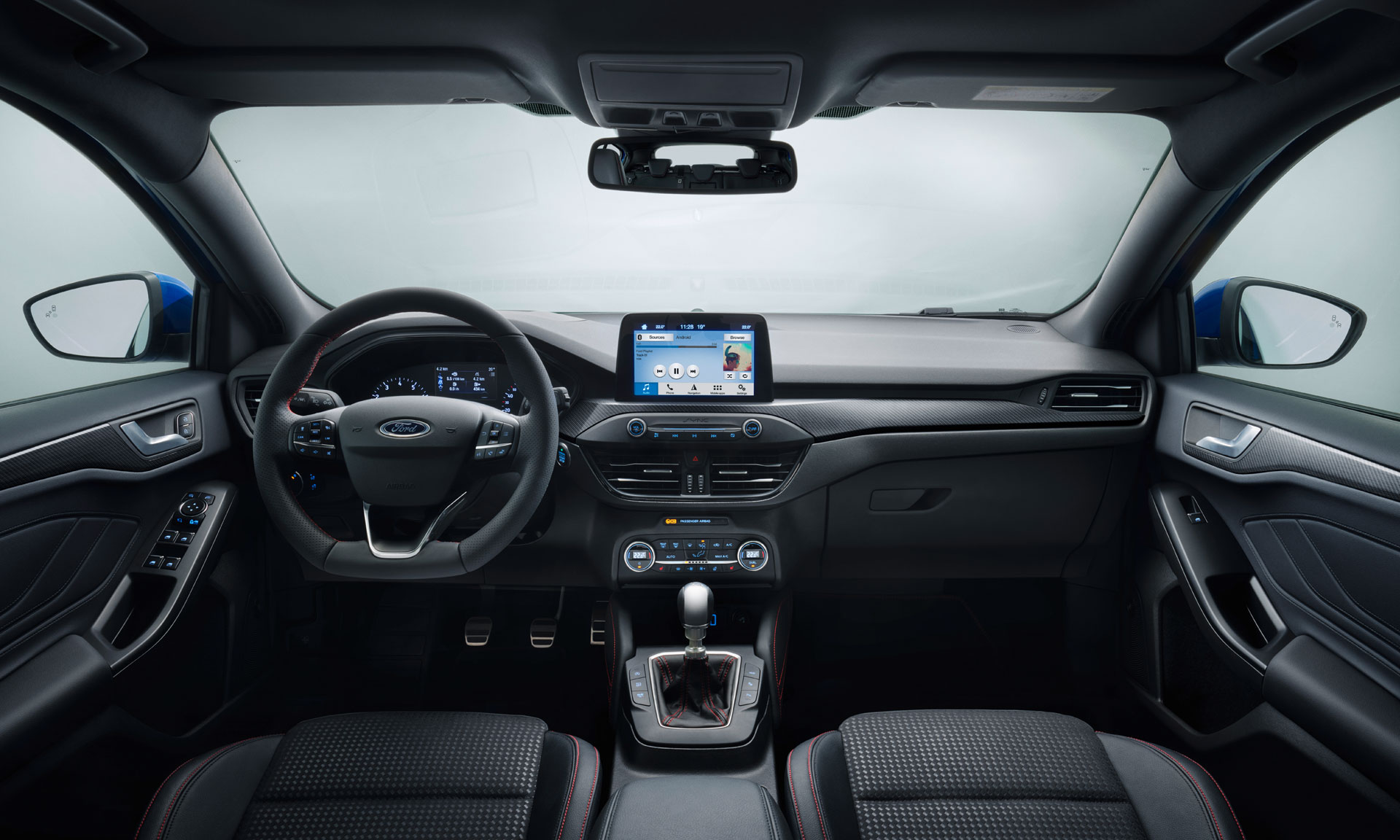 You won’t even have to worry if you forget your charging lead: for the first time, the Focus is also offered with an optional wireless charging pad.

We’ve seen cornering lights before: additional bulbs in the front bumper, or motors on the headlights themselves, which swivel to illuminate the road ahead as the car is turning.

The new Focus takes the technology on a step further, with predictive curve lighting. It uses cameras built into the rear-view mirror to scan the road ahead for bends, constantly making adjustments to the lights to ensure maximum illumination.

Control a Ford Focus with a phone 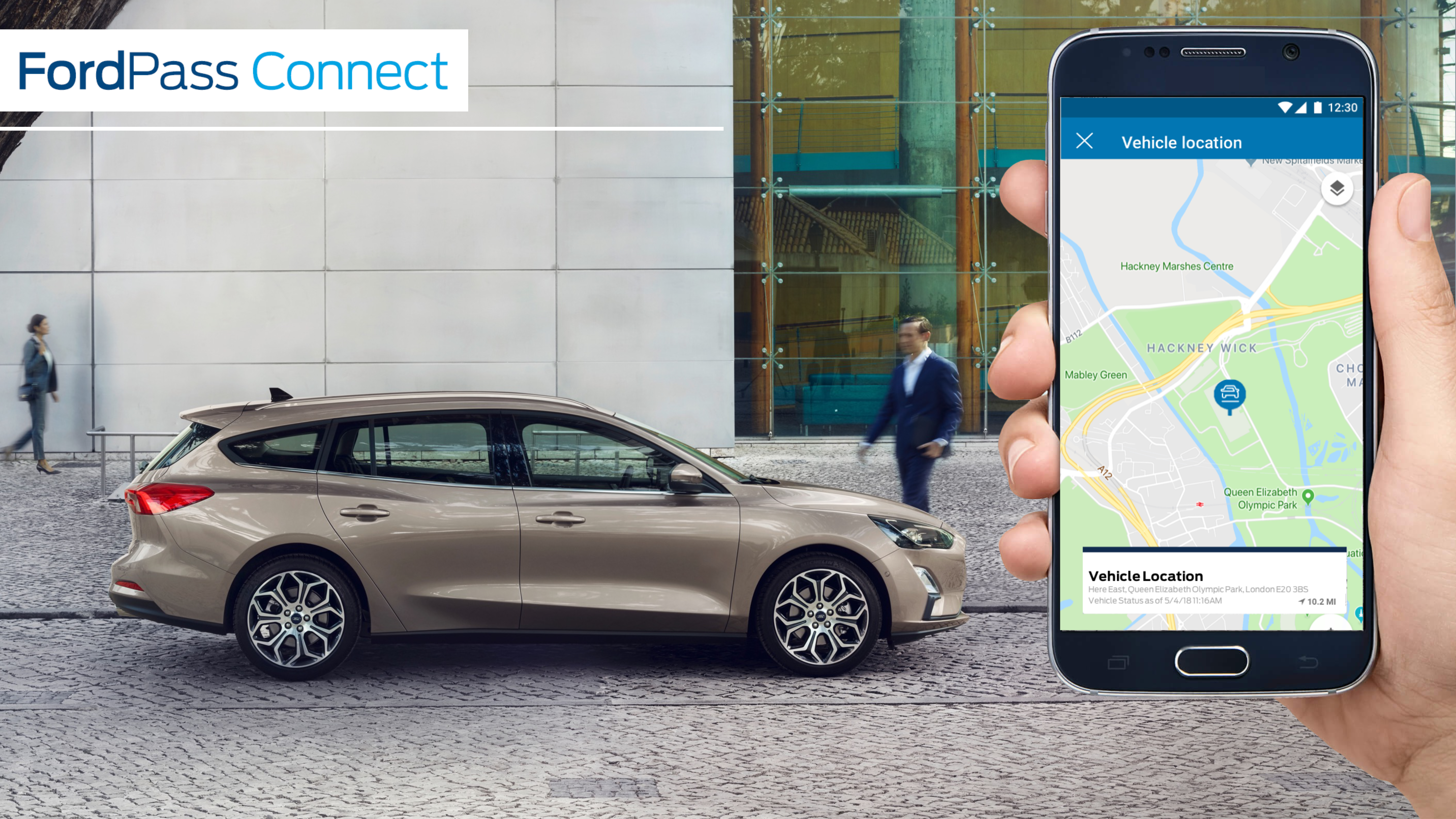 Vehicle-related smartphone apps are nothing new, but with the addition of the Focus’ in-built modem, Ford has been able to increase functionality to a level we’ve previously seen only on cars at the luxury end of the market.

With Ford’s updated FordPass Connect app, Focus owners will be able to locate their car with GPS – handy if you’re in an unfamiliar city or sprawling shopping-centre car park. You can also remotely lock and unlock doors and check the status of the car, including alarm activation, fuel and oil levels.

Buy a Focus with the new eight-speed automatic transmission and the app will also allow you to remote-start your car, while keeping the doors locked. Invaluable if you hate waiting for your car to thaw out on frosty mornings.

Finally, the car’s ‘eCall’ functionality will automatically contact the emergency services in the event of a serious accident, without the need for a Bluetooth-connected smartphone, which is currently a limitation of many similar systems.

Since its introduction in 1998, the Focus has been the go-to family hatchback for the driver who likes to have some fun behind the wheel. 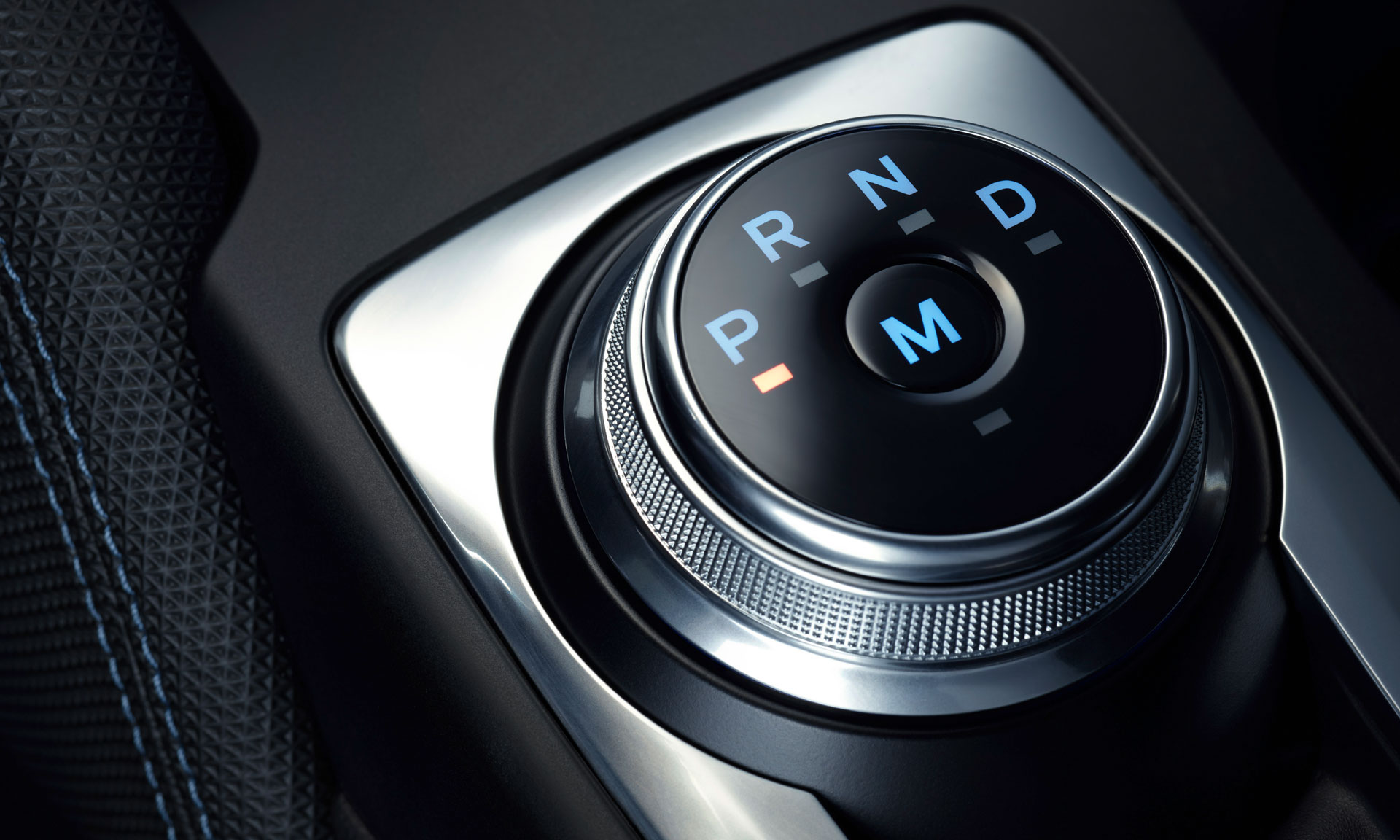 Set to continue this trend, the new Focus comes with independent suspension at the rear, and is available with continuously controlled damping – variable suspension first seen on high-end sports and luxury cars.

Drivers will be able to select between three driving modes: Normal, Sport and Eco. These change the responsiveness of the steering and throttle, as well as the stiffness of the suspension, so drivers can tailor the car’s dynamics to suit their mood.

Torque vectoring – a system that can divert the engine’s power between individual wheels to aid cornering and stability – also makes its first appearance on a regular Focus model.

This fancy-titled system is Ford’s bundle of advanced car safety technology – the Focus is the first recipient. 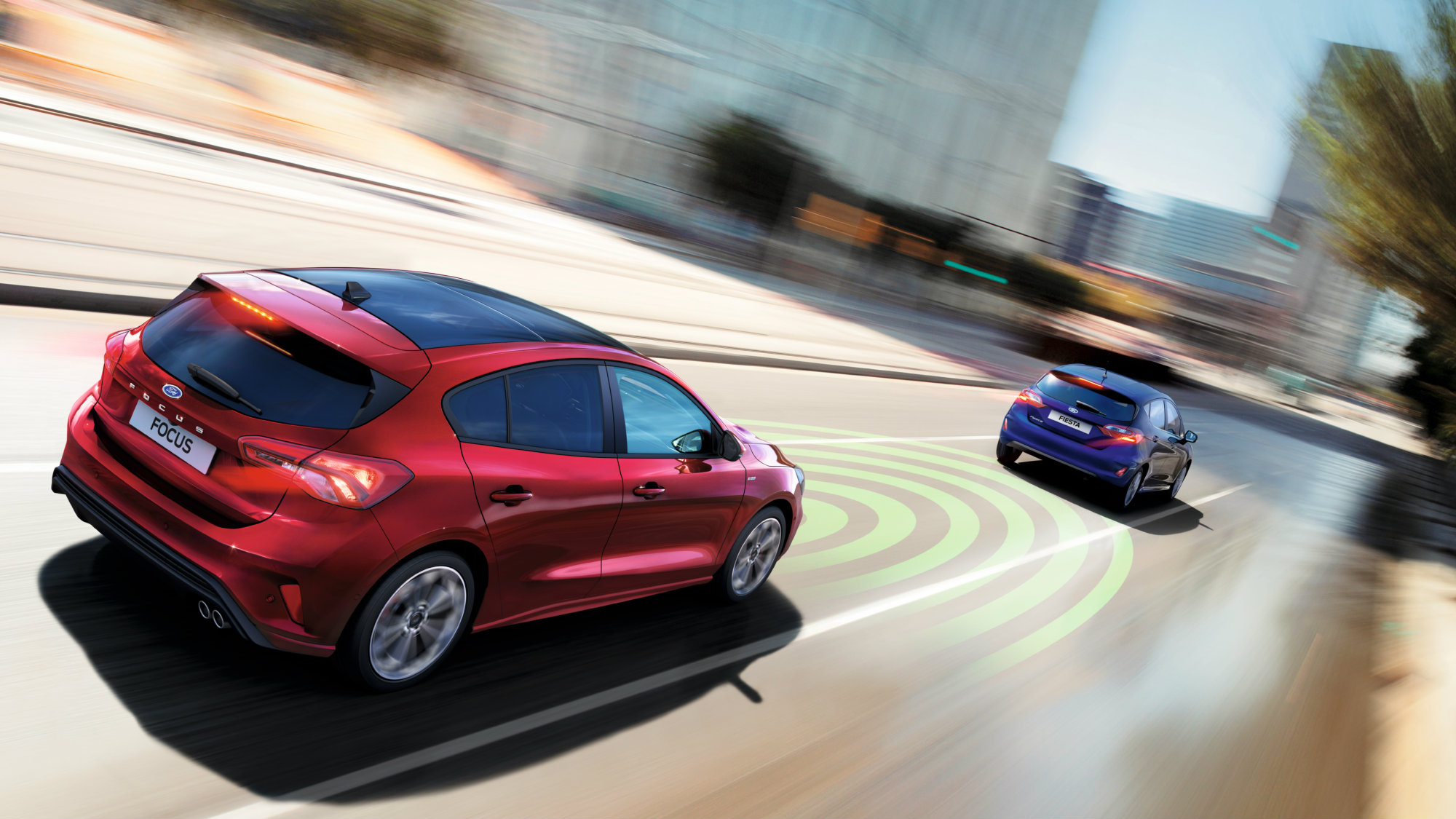 The Focus’ adaptive cruise control, which maintains a safe distance from the car in front, now has a ‘stop and go’ ability. This means it will automatically bring the car to a halt if the vehicle in front stops, and restart driving by itself if the car ahead moves off again within a few seconds.

In a step towards autonomous driving, the new Focus also has an active lane-keeping aid. Using a camera to read the road ahead, it identifies the edges of the road (without the need for a nearside white line, like some systems), and will nudge you back toward the centre of the lane, should it detect you about to wander out of it. 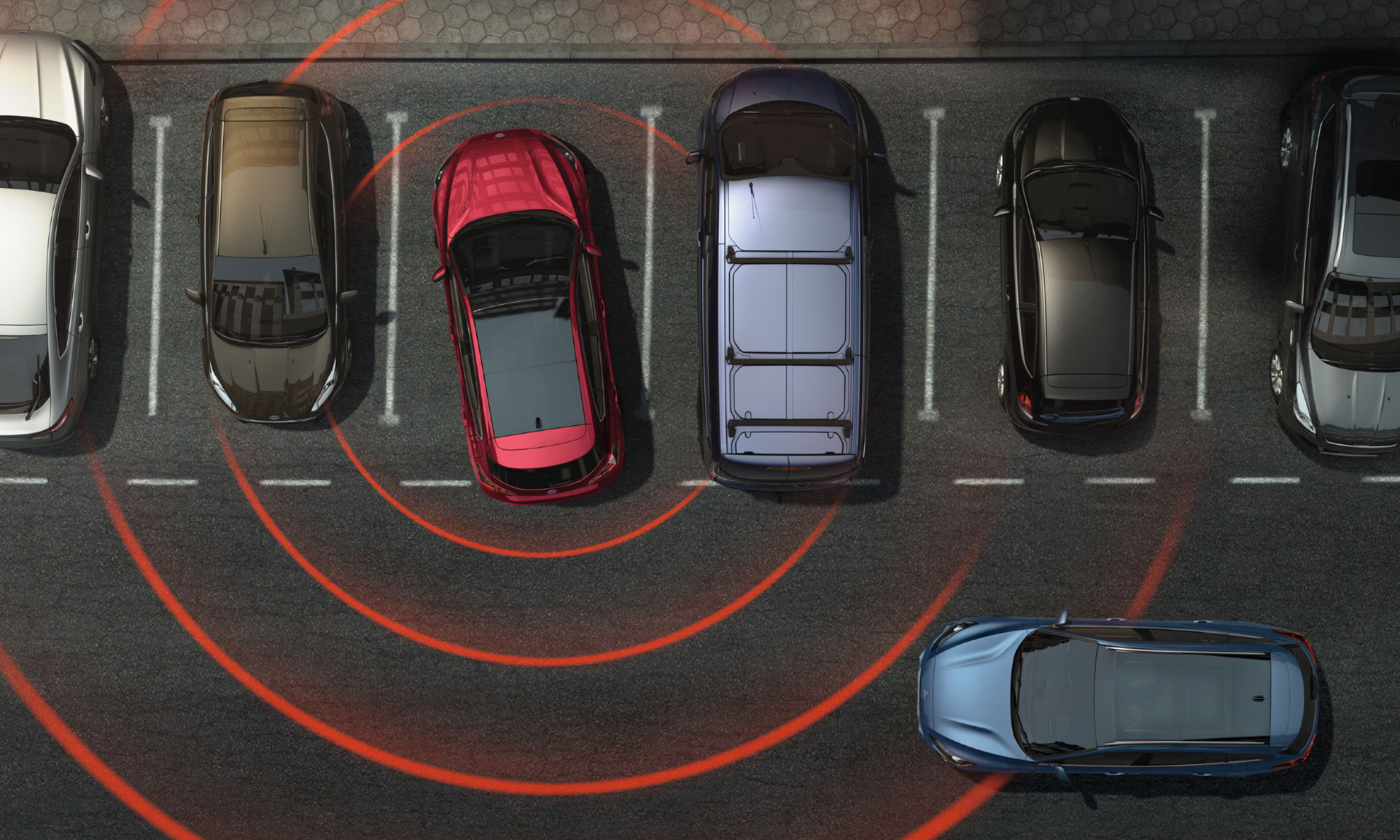 Further active safety kit includes evasive-steering assist, which pre-loads the steering if it detects an impending collision, making it easier for the driver to swerve around the obstacle.

And, in an effort to make driving the Focus as foolproof as possible, the wrong-way alert system uses the sat nav to identify when the driver has turned the wrong way down a one-way street, and uses loud audible warnings and flashing lights to alert them to their error.

Discover the family cars we recommend: go to the best medium cars for 2018.